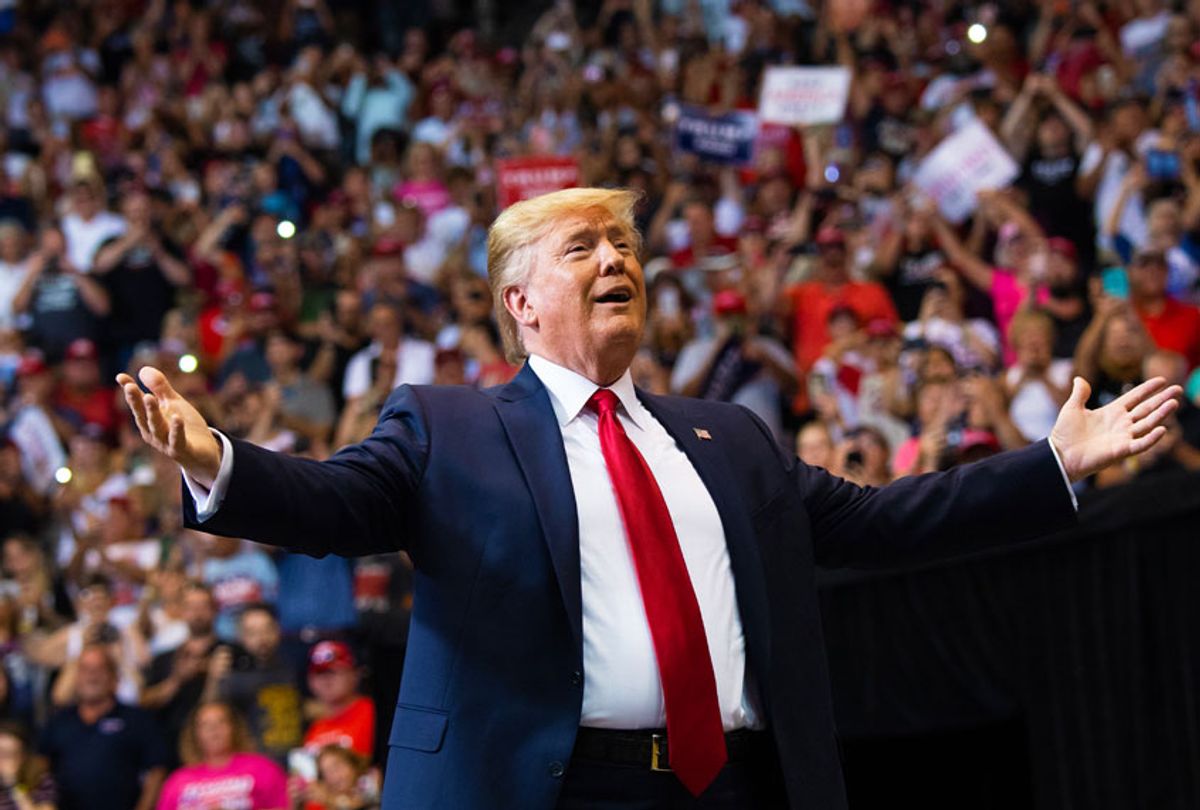 President Donald Trump tweeted Friday that "any protesters, anarchists, agitators, looters, or lowlifes" who gather at his rally in Tulsa, Oklahoma on Saturday will be met with a "much different" response than they've seen in other major cities—a message that was immediately interpreted as a threat to unleash a violent police crackdown on demonstrators exercising their constitutional rights.

"Any protesters, anarchists, agitators, looters, or lowlifes who are going to Oklahoma please understand, you will not be treated like you have been in New York, Seattle, or Minneapolis. It will be a much different scene!" Trump tweeted, falsely suggesting that law enforcement has shown restraint in its responses to mass demonstrations against police brutality in those cities.

In a speech at the White House earlier this month, Trump presented himself as an "ally of all peaceful protesters" and an opponent of "professional anarchists, violent mobs, arsonists, looters, criminals, rioters, Antifa, and others." But the president's tweet Friday did not draw any such distinctions, as observers pointed out:

"The president expresses his intention to violate the Constitution by denying Americans' First Amendment right to peacefully assemble," Rep. Don Beyer (D-Va.) tweeted in response to Trump's threat. "Trump idolizes dictators who respond to dissent and criticism with violence. He is unfit for office."

Trump's tweet came hours after Tulsa's Republican Mayor G.T. Bynum on Thursday imposed a curfew between 10 pm and 6 am for the area surrounding the BOK Center, the venue for Trump's first campaign rally since the coronavirus pandemic shuttered much of the U.S. in March. The curfew will remain in effect until 6 am Sunday morning.

In an executive order authorizing the curfew, Bynum claimed—without offering specific details—that he has "received information from the Tulsa Police Department and other law enforcement agencies that shows that individuals from organized groups who have been involved in destructive or violent behavior in other states are planning to travel to the City of Tulsa for purposes of causing unrest in and around the rally."

The ACLU, which sued Trump over the violent police assault on protesters outside of the White House on June 1, vowed legal action if law enforcement attacks demonstrators in Tulsa, the site of a 1921 racist massacre.

"Any president, mayor, or police chief who attacks protesters should understand that you will be sued, like we sued in D.C., Seattle, and Minneapolis," the group tweeted. "You will be held accountable.