5 graphic novels by Black authors, featuring a pioneering motorcyclist to a blues-singing monster

For #BlackoutBestsellerList add "Aya," "Bessie Stringfield," "Prince of Cats" and more to your bookshelf 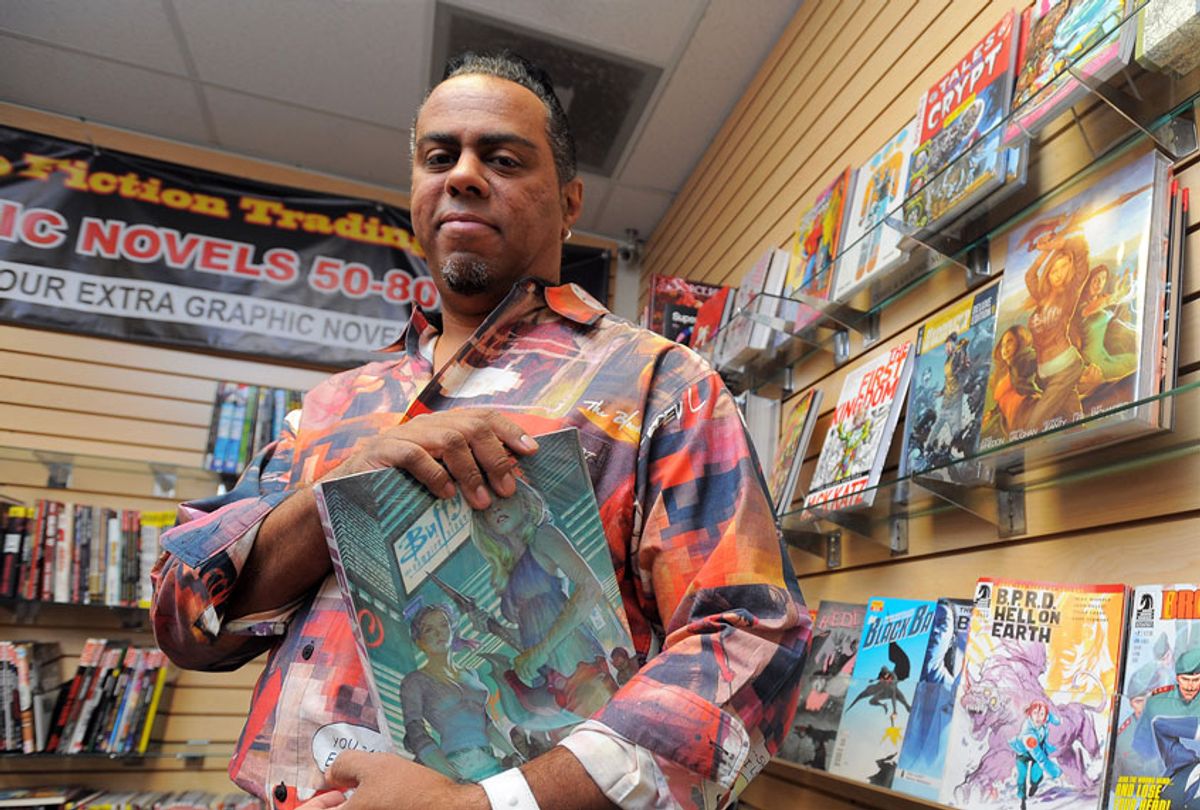 As the hashtag #BlackoutBestsellerList, a social media initiative encouraging customers to buy up books by Black authors, continues to gain traction, it's a good time to expand your graphic novel collection to include works by Black comic writers and illustrators.

As I wrote for Salon in 2019, I think we're finally starting to see a greater general appreciation for how the graphic novel can be used to tackle tough topics (as evidenced by the fact that we saw not one, but multiple comic-based adaptations of the Mueller Report). Illustration is a beautiful medium through which to parse out what makes us human — a way to literally show, not tell.

From the true account of a female cross-country motorcycle rider during the Jim Crow era, to the story that will serve as the basis of an upcoming Spike Lee film, here are Salon's favorite picks.

In this warmly energetic semi-autobiographical novel,  Marguerite Abouet tells the story of 19-year-old Aya. She's studious and driven — and dreams of pursuing a career in medicine — and is flanked by her easygoing best friends Adjoua and Bintou, who'd rather spend their time flirting and partying. Together they explore the pleasures of the Yopougon neighborhood in Côte d'Ivoirein in 1978.

"Bessie Stringfield: Tales of the Talented Tenth, No. 2" by Joel Christian Gill

Joel Christian Gill's graphic novel tells the incredible true story of Bessie Stringfield, the first black woman to be inducted into the American Motorcyclist Hall of Fame and Harley Davidson Hall of Fame. She rode her Harley eight times across the continental United States during the pre-Civil Rights era of 1930s and '40s. She went on to found the Iron Horse Motorcycle Club in Miami — all while confronting and overcoming Jim Crow-era restrictions in every ride.

"Yummy: The Last Days of a Southside Shorty" by G. Neri

The graphic novel, which is based on true events, follows Robert "Yummy" Sandifer, an 11-year-old Chicago boy who, in 1994, became a fugitive from justice after accidentally killing a neighborhood girl while he was shooting at somebody else during a gang initiation. He seeks shelter with the gang members he had been trying to impress, but finds that may not be the safest place to hide out either.

Neri recounts Yummy's three days on the run through the eyes of Roger, a fictional classmate of Yummy's. Roger asks the same questions readers will have, like how could a young boy who still carried a teddy bear become a murderer? What would entice him to join up with gang members — and what did they see in him?

This gritty exploration of gang activity causes readers to confront their own biases, as well as hard facts about the failures of the juvenile justice system and lack of social support for children like Yummy, who had been physically abused since he was about 3 years old.

Straightforward and expertly illustrated by Randy DuBurke, Neri's "Yummy: The Last Days of a Southside Shorty" is deeply poignant.

In this fantastical and frightening tale, Lee Wagstaff, the daughter of a Black sharecropper, is on a mission to find her white playmate, Lily Westmoreland, who has been snatched by the minions of an evil creature known as Bog. Lee's father has been accused of the kidnapping and, in the Depression-era town of Charon, Mississippi, Lee knows that finding Lily is the only way to save him from being lynched.

Along her journey, she enlists the help of a friendly, blues-singing monster named Bayou — and together they confront a series of mythical creatures and sort-of-gods in a Southern Neverland that is both familiar and foreign.

This retro-styled graphic novel takes Shakespeare's "Romeo and Juliet," sets it in a 1980s New York underground sword-dueling club, and does away with the main characters — instead focusing on Tybalt – the son of Lady Capulet's brother and Romeo's rival.

While "Prince of Cats" was originally released in 2012 (and then reworked and re-released in 2016), it's worth revisiting now because it was announced in that Legendary Entertainment had won the filming rights to the graphic novel, which will be directed by Spike Lee with Lakeith Stanfield ("Atlanta," "Sorry to Bother You," "Uncut Gems") set to play the lead role of Tybalt.