Timothy Mellon called safety net programs "Slavery Redux." He is heir to one of the nation's oldest family fortunes 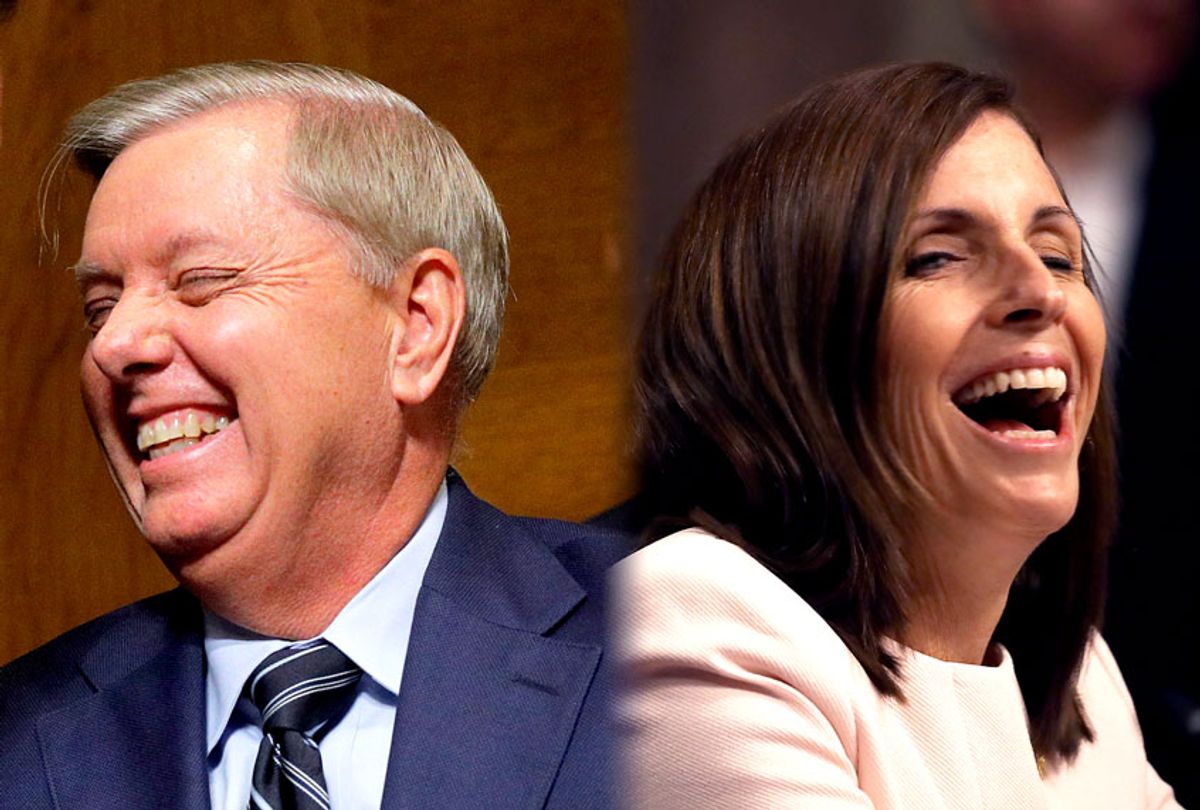 A number of Republican candidates for Senate and Congress accepted recent campaign donations from Timothy Mellon, a GOP megadonor and heir to the Mellon family fortune, who used derogatory stereotypes to describe Black Americans in his 2015 autobiography.

Mellon, the 77-year-old founder of a railway shipping company and scion of one of America's wealthiest industrial-age families, has given $40 million to three GOP super PACs and tens of thousands of dollars to various Republican candidates and their PACs, according to Federal Election Commission records.

Mellon wrote in his self-published memoir — "The Intriguing Story of Tim Mellon" — that Black people were "even more belligerent" after the civil rights movement, and that safety net programs amounted to "Slavery Redux."

People on federal assistance, he wrote, were "slaves of a new Master, Uncle Sam."

"For delivering their votes in the Federal Elections, they are awarded with yet more and more freebies: food stamps, cell phones, WIC payments, Obamacare, and on, and on, and on," Mellon wrote. "The largess is funded by the hardworking folks, fewer and fewer in number, who are too honest or too proud to allow themselves to sink into this morass."

(Mellon donated $5,555.55 to Black America's Political Action Committee, which identifies itself as a "non-partisan" organization but only endorses Republican candidates on its website.)

FEC records show Mellon contributed a total of $10,900 to McSally, the appointed senator from Arizona who faces a tough election battle this fall. He made a max donation to her current campaign in July 2019.

A study published earlier this week found that Arizona was one of the 10 states most dependent on government assistance programs. The state also has one of the weakest unemployment benefits systems in the country.

James, the GOP Senate candidate in Michigan, is a West Point graduate, veteran and Detroit auto supplier who received President Trump's endorsement in the state's primary and is currently challenging sitting Democratic Sen. Debbie Stabenow. He is also Black. In October 2018, Mellon mad a max donation to James, per FEC records.

Michigan ranks near the bottom in terms of how CARES Act federal relief funding matches up to the number of statewide COVID-19 cases.

The median household income for Louisiana is $47,942 per year, according to latest census data.

Louisiana was also one of the country's first coronavirus hotspots, where Black residents died at a much higher rate than white residents. Nearly 57% of the first 1,405 people to die of the coronavirus in the state were Black, though that demographic comprises only one-third of the state's population.

Louisiana also ranks among the states most dependent on government assistance.

In 2002, Scalise addressed a gathering of white supremacists and neo-Nazis led by David Duke.

Last December, Stefanik, a Republican from upstate New York, accepted a max donation from Mellon, FEC records show. She is in Tulsa, Oklahoma, on Friday to campaign for Trump.

As the Washington Post previously reported, Mellon also made two unexpected donations to Democrats, one to Rep. Alexandria Ocasio-Cortez of New York, and another to Rep. Tulsi Gabbard's 2020 presidential campaign. Sen. Lindsey Graham, R-S.C., also took $250 from Mellon in 2019.

Mellon has also previously contributed to the campaigns of several senators currently up for re-election, including North Carolina's Thom Tillis (max donations in 2014), Georgia's David Perdue (to whom Mellon over-donated in 2014), Colorado's Cory Gardner (maxed out in 2014) and Alaska's Dan Sullivan (maxed out in 2014).

With the exception of Sullivan, all those incumbents face tight races. Tillis currently trails his Democratic opponent in a Real Clear Politics average of polls.

Over the last few months, McSally has found herself facing increasingly steep odds. The Arizona Republican has been consistently down by double digits to Democrat challenger Mark Kelly in state polls, a gap that reportedly alarmed Trump so much that he pulled aside Senate Majority Leader Mitch McConnell to talk about it.

The campaigns for McSally, James, Stefanik and Scalise did not respond to Salon's request for comment.