Trump is determined to get John Bolton jailed: report 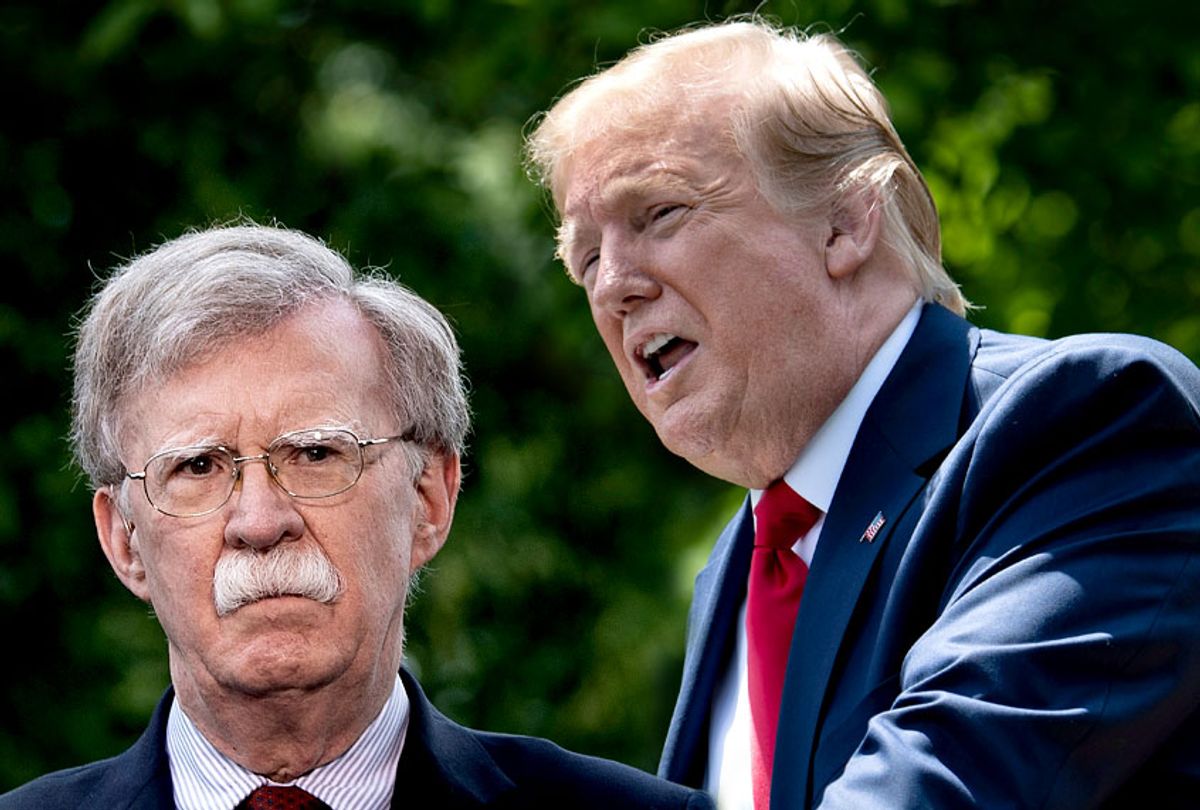 According to The Daily Beast, President Donald Trump is fixated on the possibility that ex-National Security Adviser John Bolton could end up in prison for writing a book exposing the inner workings of his administration.

"In recent days, President Donald Trump has casually asked administration officials and close advisers if John Bolton—his former national security adviser who is releasing a new, tell-all book about working in the Trump administration—is prison-bound, three sources with knowledge of his private inquiries tell The Daily Beast," reported Erin Blanco and Asawin Suebsaeng. "'Do you think he's going to go to jail for this?' Trump said, according to one of the people who've heard him ask this."

Specifically, Trump is hopeful that Bolton could be prosecuted for leaking national security secrets — which is the basis of a lawsuit to try to stop the book from being sold.

"For years the White House has aggressively sought to expose and hold accountable administration officials who, loyalists believe, have leaked to the press in an effort to advance their own agenda or make the president look bad," said the report. "There's perhaps no better explanation or characterization of the president's thinking on leakers than the one scribbled on the pages of Bolton's book. Bolton writes that during a meeting last summer in New Jersey, Trump called journalists 'scumbags' and said they should be arrested, jailed, and forced to reveal their sources."