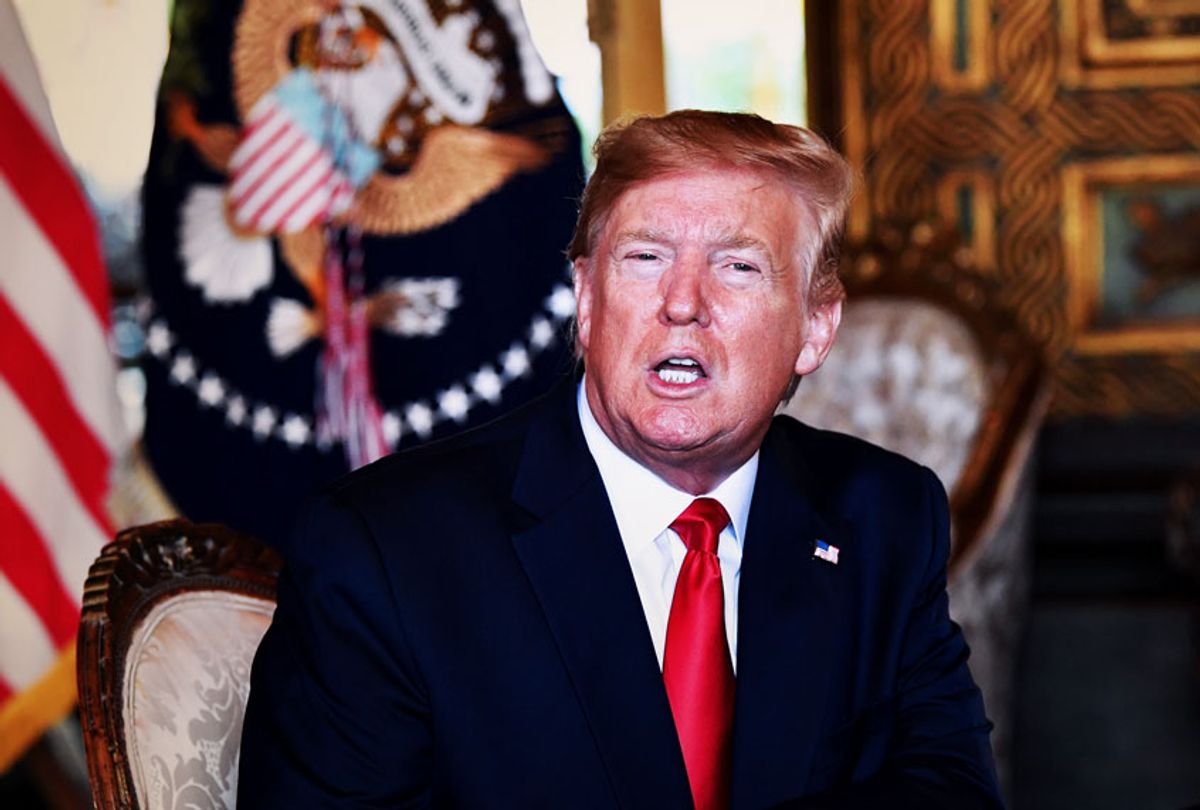 John Bolton's new book makes clear Donald Trump violates his oath to defend our Constitution against "all enemies foreign and domestic." Trump is the leading domestic enemy of our Constitution.

Bolton shows Trump has no regard for our Constitution, using example after damning example of disloyal private conduct.

"The Room Where It Happened," Bolton's book, shows that Trump routinely commits felonies. He  wants "execution" of journalists. He tries to rig criminal prosecutions to curry favor with dictators.

His book confirms key points that I have been warning people about for five-plus years. Trump is:

Consider the scariest anecdote in Bolton's book. It is one that has gotten little attention in the mainstream news. No one else has connected the dots, the awful dots.

Connect them and you realize Trump gave China support in cutting up people while they were alive. Beijing operates these human chop shops, selling its enemies organs. Or, it awards human parts to loyal communist party members in need of transplants.

Bolton is himself an amoral monster. He played a significant role in the gratuitous American invasion of Iraq 17 years ago. There were at least 208,000 documented deaths and perhaps twice that figure.

That Bolton didn't willingly testify during the Trump impeachment proceedings shows he cares more about his $2 million book advance than his country.

Still, Trump surrounds himself with people possessed of deeply flawed character. Just as prosecutors often rely on criminals to catch other criminals, so should we pay heed to Bolton.

Trump dismisses Bolton as a "disgruntled boring fool" whose book is "made up of lies & fake stories."

These Chinese Muslims will not abandon their faith and bow down to the communist party.

Bolton quotes Trump as telling Xi that building more concentration camps "is exactly the right thing to do."

Bolton, who uses a variant spelling of the group's name, then writes:

"On the 30th anniversary of China's massacre of pro-democracy demonstrators in Tiananmen Square, Trump refused to issue a White House statement. 'That was 15 years ago,' he said, inaccurately. 'Who cares about it? I'm trying to make a deal. I don't want anything.' And that was that.

"Beijing's repression of its Uighur citizens also proceeded apace. Trump asked me at the 2018 White House Christmas dinner why we were considering sanctioning China over its treatment of the Uighurs, a largely Muslim people who live primarily in China's northwest Xinjiang Province.

"At the opening dinner of the Osaka G-20 meeting in June 2019, with only interpreters present, Xi had explained to Trump why he was basically building concentration camps in Xinjiang. According to our interpreter, Trump said that Xi should go ahead with building the camps, which Trump thought was exactly the right thing to do. The National Security Council's top Asia staffer, Matthew Pottinger, told me that Trump said something very similar during his November 2017 trip to China."

Bolton doesn't explain, at least in the excerpt I read, that these are not just benign camps. They are composed of at least a million people who Beijing is persecuting.  And, they are horror chambers right of Nazi Josef Mengele's nightmare concepts of medical practice.

Chinese concentration camps are centers for the torture and murder of those Beijing considers enemies of the people—Uyghurs and followers of Falun Gong. The latter is a spiritual movement that emphasizes truth and compassion. Beijing condemns it as an "evil cult."

Concentration camp doctors vivisect some believers alive, the China Tribunal in London determined last year after extensive investigation. The tribunal heard testimony by, among others, a participating surgeon. It concluded that "beyond reasonable doubt" China harvests organs from unwilling people. You can view the film version here.

There has been a deafening silence of American clergy—priests, pastors, rabbis and even imams—about Beijing's torture and murder of believers. This helps explain how Trump, an immoral fake Christian who spouts anti-Christian concepts such as revenge and violence, occupies the White House. Clerical silence on this illuminates the moral collapse of religion in America.

While news reports have not connected the dots, Walter Shaub, the former head of the federal Office of Government Ethics, has.

Shaub tweeted: "China has concentration camps in which an estimated 1 million Uyghurs are being tormented, raped and killed.

"The sitting President of the United States said this was absolutely the right thing to do. But what's shocking is that this won't end his presidency. Welcome to America."

Trump in all likelihood doesn't know people are murdered by having their organs forcefully extracted without anesthesia because he is appallingly ignorant. But Trump is so immoral that even were he to know about the murders, he'd wave off the travesty as not his concern.

Trump would denounce these murders-by-government, Bolton makes clear, only if he believed doing so would win votes or make money.

As for American foreign policy, Trump doesn't give a damn because all he cares about is what benefits him personally, Bolton writes.

Years ago, I revealed that China used Wall Street fronts to acquire and remove American rare-earth elements and technology, vital to making everything from smart bombs to cell phones.

Chinese military doctrine holds that war with the United States is inevitable. A new book, The Kill Chain: Defending America in the Future of High-Tech Warfare, asserts America might well lose such a war. Author Christian Brose is a former military adviser to John McCain and former staff director for the Senate Armed Services Committee.

It is revealed that Trump is an enemy of our Constitution awaiting indictment when he leaves office.

Bolton described how pathetically Trump begged Xi to help him win a second term. Trump pleaded with Xi for "increases in Chinese farm-product purchases, to help with the crucial farm-state vote."

There it is, plain and simple. Donald Trump asked the tyrant in Beijing to help him win a second term.

It is a felony to accept foreign assistance in an election. The regulation facilitating this law is even clearer. "No person shall knowingly solicit, accept, or receive from a foreign national any contribution or donation."

Bolton writes, accurately, that "China moved away from democracy, not toward it. In Xi Jinping, China now has its most powerful leader and its most centralized government since Mao Zedong. Ethnic and religious persecution on a massive scale continues. Meanwhile, China has created a formidable offensive cyberwarfare program, built a blue-water navy for the first time in 500 years, increased its arsenal of nuclear weapons and ballistic missiles, and more."

Predictably Bolton, a determined Republican war hawk, asserts that former President Barack Obama "basically sat back and let it happen." But then he damns Trump, writing that Trump actively encouraged the worst of Xi's oppression.

"The real question is what Trump does about China's threat," Bolton writes. The answer in Bolton's book is frightening.

Trump doesn't just sit back and do nothing. Trump eagerly enables Xi's oppression at home and his planning for a future in which Chinese communists, who kill dissenters, set the world stage.