It's HBO! It's prestige! But must we really delve into the psychology of yet another formulaic, unshaven gumshoe? 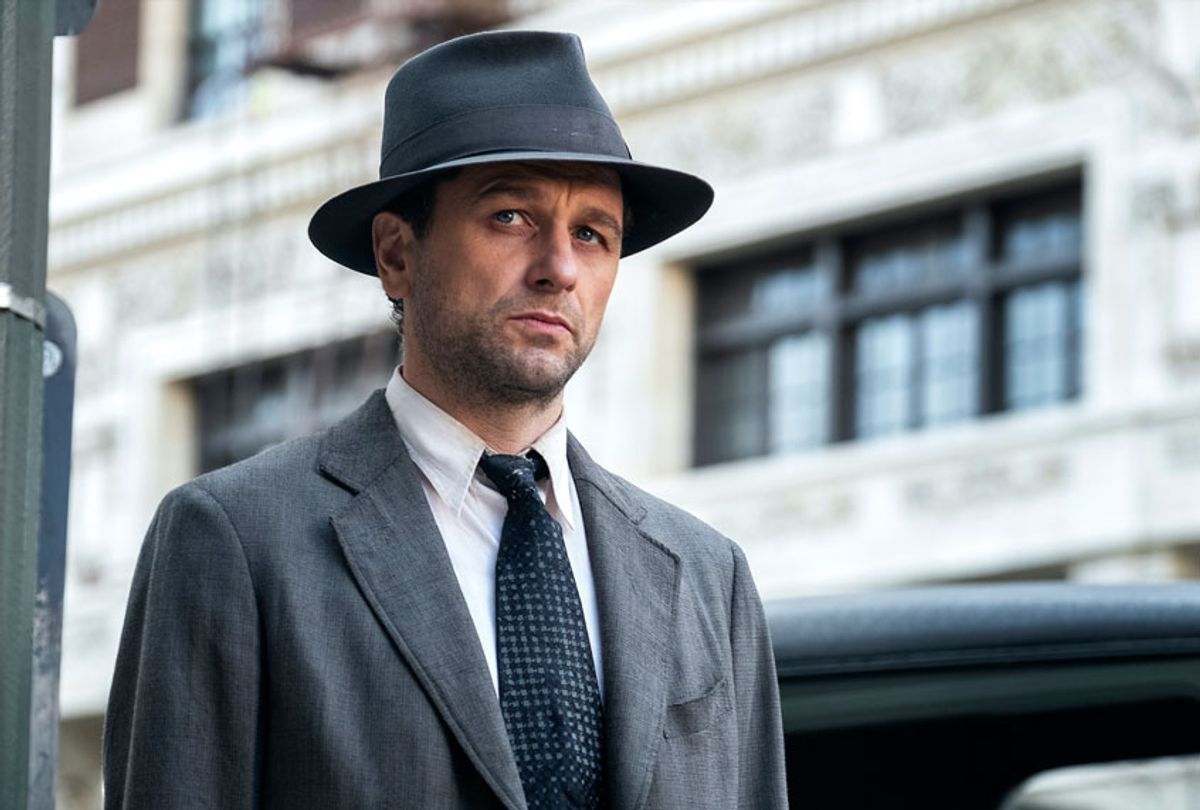 Watching HBO's revamp of "Perry Mason" made me wonder if it might be time to rethink the whole concept of the prestige drama.

Admittedly this is an ambiguous term with no codified set of rules or qualifications, but to paraphrase what Supreme Court Justice Potter Stewart once said about pornography: you know it when you see it.

The Raymond Burr iteration of "Perry Mason" was airing on CBS when Stewart was on the bench, and I'm going to tap dance out on a limb and guess that if Stewart watched the show, he probably regarded it as a comedy.

That "Perry Mason" ran for nine season between 1957 to 1966, and it is to the legal procedural what "Dragnet" is to the open-and-shut-case cop drama, a show built upon a case of the week structure in which Mason, the heroic defense attorney, pulls victories out of his pocket in the 11th hour like some crime-solving wizard. Writer Louis Bayard aptly described the show's depiction of justice as "an altogether orderly affair."

Its broad appeal can be attributed to its lack of complexity; Burr's Mason rarely lost a case, and his clients were innocent of the crimes of which they were accused. As for the character himself, he likely receives more internal exploration in his creator Erle Stanley Gardner's novels, the first of which published in 1933.

This is not the sort of fictional being around which cinematography flair and an expansive costume and design budget deserves to be built. Enter series creators Rolin Jones ("Boardwalk Empire") and Ron Fitzgerald ("Westworld"), who took over the reboot from "True Detective" creator Nic Pizzolatto. Out of this DNA emerges a "Perry Mason" for 2020, an eight-episode story that spends a significant portion wending through the title character's darkness . . . as one does, when one mounts a drama on a premium cable channel.

Matthew Rhys stars as the iconic character who is a down-and-out private investigator when we first meet him, and along with his partner Pete Strickland (Shea Whigman) he makes his wages by doing standard shoe-leather work for hire, mostly in the service of his friend E.B. Jonathan (John Lithgow). Rhys, an actor whose trademark is his nice guy face (a quality that worked incredibly well when he played a Soviet spy on "The Americans") clicks right into this role simply by playing it as a good man put through hard times.  When Perry isn't slouching his way through cases he's doing what he can to keep his family's farm afloat even though the place wears its hard times like a frayed jacket.

E.B. chastises Perry for slacking his way through life; his dutiful assistant Della Street (Juliet Rylance) is a touch more forgiving. Flashbacks to Perry's World War I tour explain his sunken demeanor and aversion to a clean shave, and as you can probably guess the series soon shows us that his Perry Mason can take a punch or five.

Perry and Pete catch a particularly gruesome case involving a dead baby, eyes sewn open, that eventually casts suspicion on the infant's parents, played by Nate Corddry and Gayle Rankin of "GLOW." Soon after the case hits the papers the baby's mother becomes the pet cause of celebrity evangelist Sister Alice (Tatiana Maslany) and stern mother Birdy (Lili Taylor), who lead the Radiant Assembly of God.

We should be long past HBO owning the concept being "not TV" but, rather, its rarefied own thing. Right? But what we haven't quite left behind is some expectation of top shelf grandeur that forefronts high style even if that comes at the expense of substance. Admittedly, this criticism could in part be a matter of expectations linked to brand.

However, I don't yearn for the old "Perry Mason" because it means as much to me as most series of that era which is to say, not much. But I don't yearn for yet another multi-hour deep dive into the psychology of what makes the title character tick, especially when the title character is, when you think about it, as basic as they come. And if you take away the "Perry Mason" brand recognition, that's more or less what we have here: a basic, modern take on Depression noir where the gumshoe transforms midway through the season into the courtroom hero that legend and the dictates of intellectual property have assured us he is.

To break form, let's skip with the verdict: "Perry Mason" is a stylistic wonder. Cinematographer David Franco makes a feast of the landscape shots and throws in his share of winks to great cinematic noir works, evoking the Depression-era timeframe by way of sepia filters and bluesy shading.

The "Boardwalk Empire" top notes are recognizable too, through Jones as well as director Tim Van Patten, a fellow veteran of that period crime drama. He and fellow director Deniz Gamze Ergüven press every last milk drop out of what the actors give, which is plenty without taking it too far.

Working in concert, they provide a grand and elegant stage for outstanding performances – Tatiana Maslany's, certainly, Rhys' and a particularly potent one by Chris Chalk as a Black beat cop named Paul Drake who is discriminated against in the streets and bullied by his fellow officers as he demonstrates detective skills that outstrip their own.

And for people who may be exhausted of cop shows for whatever reason, there's a distinct emphasis on the sense that the police aren't to be trusted and, in fact, may be part of the problem both with regard to this case and 1931 Los Angeles in general.

Taking in "Perry Mason" also reveals what a TV series looks like when the stage itself is a performance. Can a person say the same of any piece of made-for-the-screen art? Well, sure. The trick, and the craft, is ensuring the audience appreciates the details in hindsight as opposed to noticing them winking beside the characters. A muted trumpet features prominently in the score, something of a tradition in noir dramas, but at times it left me questioning whether its role was to be Perry's Greek chorus or his very miserable and depressing hype man.

Fully engaging with the secondary and tertiary storylines in the piece is challenging, too. Chalk's rendering of his character is tremendous, but Drake's development left much to be desired. The same is true of Maslany's performance; a firework show obfuscated at times in a foggy B-plot.

Nevertheless, the audience for this show – I've no doubt there's a ready one – should feel ably served by the material. To those who know the title, "Perry Mason" is unexpected. Those who don't may well be enamored of its overall execution, fitting of a top title. It's a high grade of fine that left me in want of something entirely new.