Meghan McCain mocks Trump’s "very small" crowd in Tulsa: “Like a mid-level '80s band is what he got" 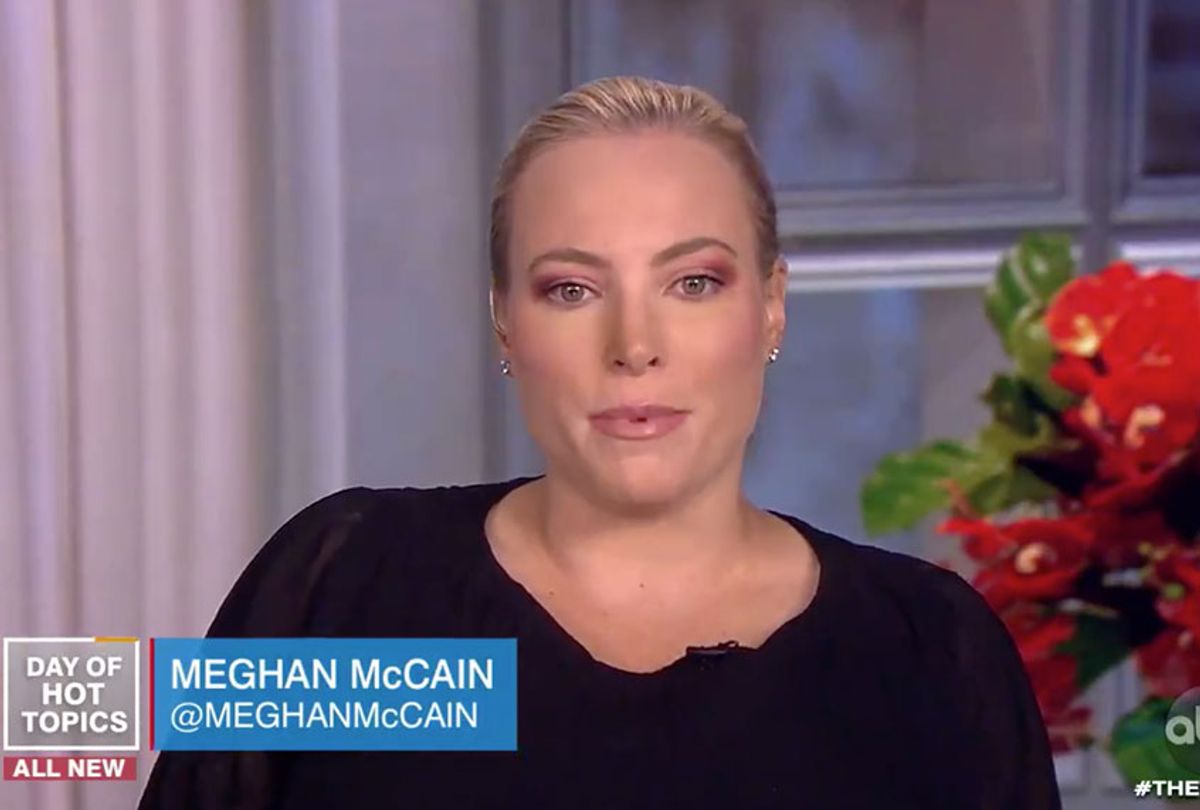 All of the co-hosts of "The View" piled on President Donald Trump's epic failure in Tulsa, Oklahoma on Saturday.

Conservative Meghan McCain confessed that she spent nearly the whole weekend texting her co-hosts mocking the president and asking why his campaign failed so spectacularly.

At the top of the show, Whoopi Goldberg accidentally said that 62,000 people attended when it was 6,200.

"Like a mid-level 80s band is what he got," McCain joked.

"I'm still trying to get over the number," said Goldberg.

"I've seen a bigger crowd at a Carrot Top performance in SoHo," said Joy Behar. "But what I'm more concerned about is what I saw before the rally when people from the networks were interviewing Trump supporters, and let me tell you something. Don't take it for granted that Biden is a shoo-in even though the numbers are in his favor right now."

She described Trump supporters as being in love with the bright flashy candidate when Biden is going to be the candidate that will wash the dishes and take out the garbage.

"I have so much to say about this," said McCain. "I was texting Sunny and Joy."

"She loved it so much!" Hostin cut in.

"I loved it!" said McCain. "I was, like, inject this into my veins. The Trump campaign has been braggadocios. Saying a million people were going to show up, and have 6,200 people show up. To say it was far below expectations is an underestimation. Don't knock Carrot Top. He makes $20 million a year in Vegas. There are optics in every campaign or presidency that stick with the American public. Howard Dean screaming, President Bush with the 'Mission Accomplished' banner, and the image of Trump in front of a one-third full arena and getting off his plane with his tie undone and a MAGA hat looking depressed, look."

They flashed the humiliating photo on the screen.

"This is an image that is going to stick with the American public," said McCain. "Does he look confident he's getting re-elected? No. He looks like a depressed person that realized maybe, just maybe the writing is on the wall right now, and this is the image that's going to haunt the Trump campaign. They can spin this any way they want. Kayleigh McEnany was on 'Fox & Friends' trying to spin it, and even 'Fox & Friends' was not having it. I'm sorry. I know Joy and Sunny have much more of a life than I do, but I couldn't help it and I had to text you because I was shocked and highly entertained throughout the whole thing on Saturday."