“We had overstated the amount of active cases we have," Gov. Jim Justice claimed, without any explanation 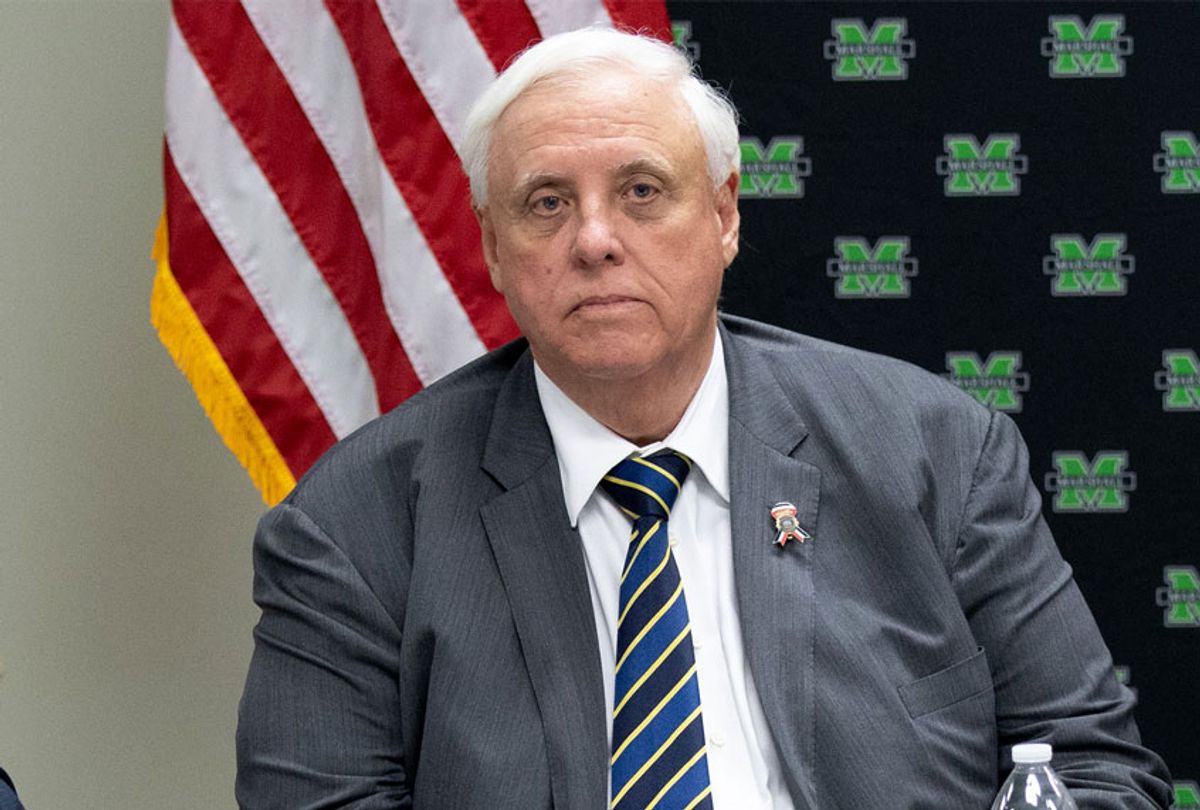 West Virginia Gov. Jim Justice forced out the state's top health official after claiming that her office had overstated the number of coronavirus cases.

Health State Officer Dr. Cathy Slemp abruptly resigned on Wednesday, hours after Justice called her out by name at a news conference, according to the West Virginia Metro News.

Justice, a Republican, announced that Bill Crouch, the secretary of the state's Department of Health and Human Resources, asked Slemp to step down.

Slemp has been the state's health director since 2018 and was highly visible at news conferences since the pandemic hit.

Her resignation came after Justice, without any explanation, claimed that the department had "overstated" the number of infections in the state.

"We had overstated the amount of active cases we have. If you're going to get something wrong, we'd all be happier if it's wrong to the good side," he said. ". . . We have every reason to believe that numbers I have been reporting to you the last few days are maybe inaccurate."

Justice pointed to an outbreak at a prison in Huttonsville and claimed the numbers in the county where the prison is located were overcounted without providing any additional explanation.

Justice said the state was still working to determine the discrepancy.

"We're digging deep into the numbers right now," he said. "If anything, we have overstated the bad, meaning we don't have as much bad as what we thought we had. But that doesn't matter to me. I want the numbers to be right."

The department said in a statement to the Metro News that it worked to manually remove some of the cases listed as active in the county, but there remain dozens of active cases despite the governor's claims.

"This was a unique situation specific to the outbreak investigation of Huttonsville Correctional Center in that it required manual data entry," the statement said. "On the COVID-19 Dashboard, Randolph County is still showing 56 open cases. The Office of Epidemiology and Prevention Services will be working with the Randolph County Health Department to learn if there are additional case reports to be closed out associated with that outbreak."

Slemp had decades of public health experience, the Associated Press noted. She was the founding director of the state's public health emergency preparedness and response programs and sits on the board of scientific counselors at the Centers for Disease Control and Prevention.

Justice, a billionaire coal magnate who was elected despite having no political experience, has pushed to "aggressively" reopen, the outlet added. West Virginia has seen cases rise in recent weeks, and the country hit its highest daily total of new infections on Wednesday. Justice has pushed back on calls to strengthen coronavirus restrictions and implement a mask requirement as numerous other states have done.

A similar situation played out in Florida, where the architect of the state's COVID-19 data dashboard was fired after she said she refused to "manually change data" to "drum up support" for Gov. Ron DeSantis' plan to reopen, which the governor denied.

Lori Tremmel Freeman, the chief executive of the National Association of County and City Health Officials, said that "dozens of top health officials have resigned or been fired since the pandemic began," according to The New York Times. Many have stepped down after receiving threats in response to their public health policies.

Dr. Amy Acton, the top health official in Ohio, stepped down earlier this month after numerous anti-Semitic attacks and armed protests in front of her home.

Dr. Nichole Quick, the top health officer in Orange County, Calif., resigned after protests and threats over her order to require masks be worn in certain businesses.

Emily Brown, the head of the Rio Grande County Public Health Department in Colorado was fired after threats and pushback for urging stricter restrictions.

"There's a big red target on their backs," Freeman told The Times. "They're becoming villainized for their guidance. In normal times, they're very trusted members of their community."

"We've never seen this level of vitriol before," Kat DeBurgh, the executive director of the Health Officers Association of California, added. "I'm worried not just about the present but about the future. When they're subject to such harassment, who is going to step into these jobs?"