States like Texas, Oklahoma, Arizona and Florida are seeing a spike just as they began to reopen their economies 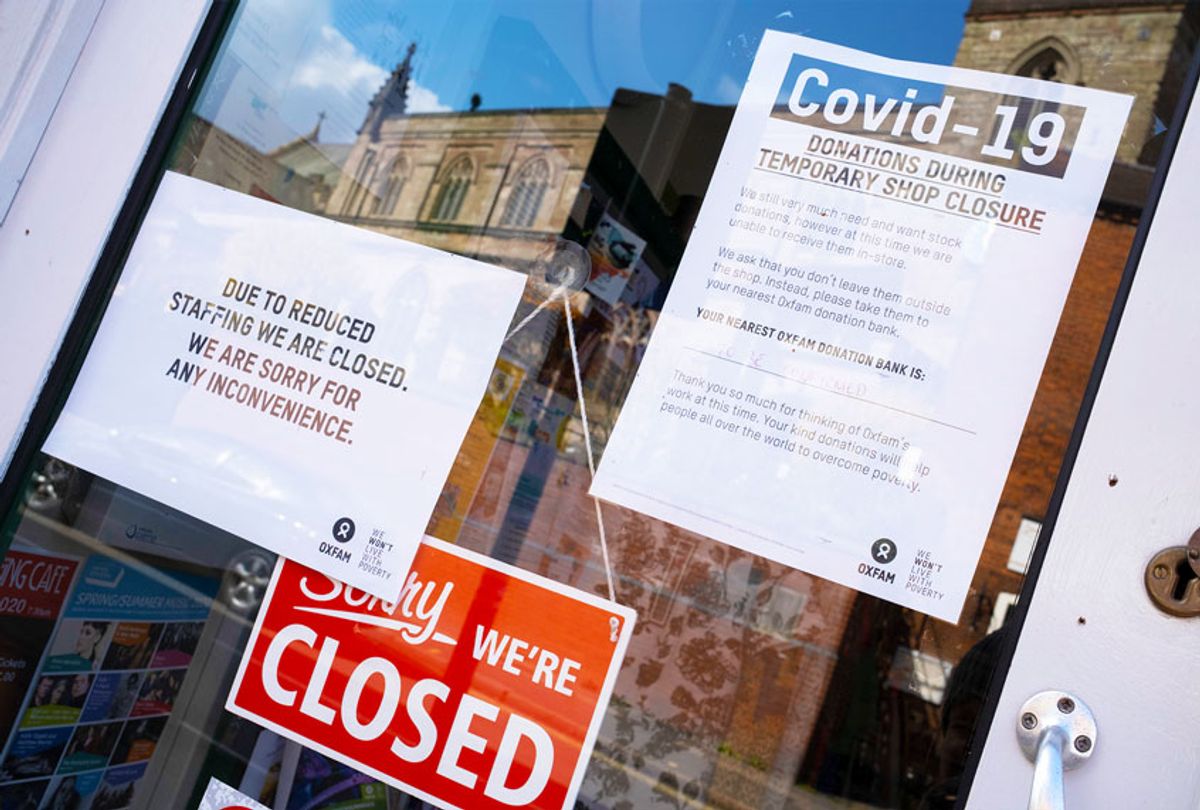 Some governors are reevaluating reopening their states, or at least urging more caution among their residents, after a spike in coronavirus cases in the United States. Johns Hopkins University reports that the number of confirmed new coronavirus cases per day reached an all-time high of 40,000 on Thursday.

"It is clear that the rise in cases is largely driven by certain types of activities, including Texans congregating in bars," Texas Gov. Greg Abbott announced on Friday, reversing his earlier policy of reopening the state's economy. "The actions in this executive order are essential to our mission to swiftly contain this virus and protect public health."

Abbott ordered that all bars be closed by 12 PM local time and that restaurant dining be curtailed, a major reversal following his decision last week to lift a prohibition on allowing local governments to order the wearing of protective masks. He is also closing all rafting and tubing businesses and mandating that gatherings of more than 100 people have to be allowed by local governments. The state reported almost 6,000 confirmed coronavirus cases on Thursday and Abbott said he decided to stop reopening the economy after the state's positive testing rate breached 10 percent.

Texas was only one state to see a surge in cases coinciding with government efforts to reopen the economy. Shortly after the Florida department of health confirmed 8,942 new cases of coronavirus on Thursday, the head of Florida's department of business and professional regulation announced that bars would have to immediately stop serving alcohol. Gov. Ron DeSantis, a Republican, had initially rushed to reopen his state's economy and even gloated in April that his state had done a better job of addressing the pandemic than New York, which is led by Democratic Gov. Andrew Cuomo. Cuomo responded to the news of Florida's spike in cases by telling The New York Times that DeSantis "played politics with this virus" and lost.

Oklahoma has also seen a surge in coronavirus cases as they began to reopen their economy, reporting a record number of single-day confirmed coronavirus cases on Wednesday (482), and officials announced on Friday that they are canceling the Oklahoma State Fair amidst pandemic concerns. Arizona, which is also seeing a surge in infections (more than 3,000 new cases have been reported on four of the past seven days), has put a pause on his reopening, and Republican Gov. Doug Ducey urged Arizonans to exercise caution when going out and engaging in traditional social activities.

"This is not another executive order to enforce, and it's not about closing businesses. This is about public education and personal responsibility," Ducey said in an address to his state. "Do it for your family, for your friends, for your neighbors, for our front-line health care workers. … You can help reduce the risk for the most vulnerable in our society."

States that initially saw high numbers of coronavirus cases, but have managed to seemingly get them under control, are now imposing measures to protect their residents from people entering from states that are seeing surges. Connecticut, New Jersey and New York announced on Wednesday that they are imposing a travel advisory and 14-day quarantine on travelers who visit them from states that have high infection rates. This is especially notable for New York because the state went from having one of the highest rates of infection to one of the lowest.

As of Friday, more than 124,000 people have been recorded as having died in the United States because of the coronavirus and more than 2.4 million cases of confirmed infection have been recorded. These numbers are almost certainly higher, however, with Centers for Disease Control director Dr. Robert Redfield telling reporters on Thursday that "our best estimate right now is that for every case that was reported, there actually were 10 other infections."