Alexandria Ocasio-Cortez, the subject of another hoax right-wing attack, gets the last laugh again 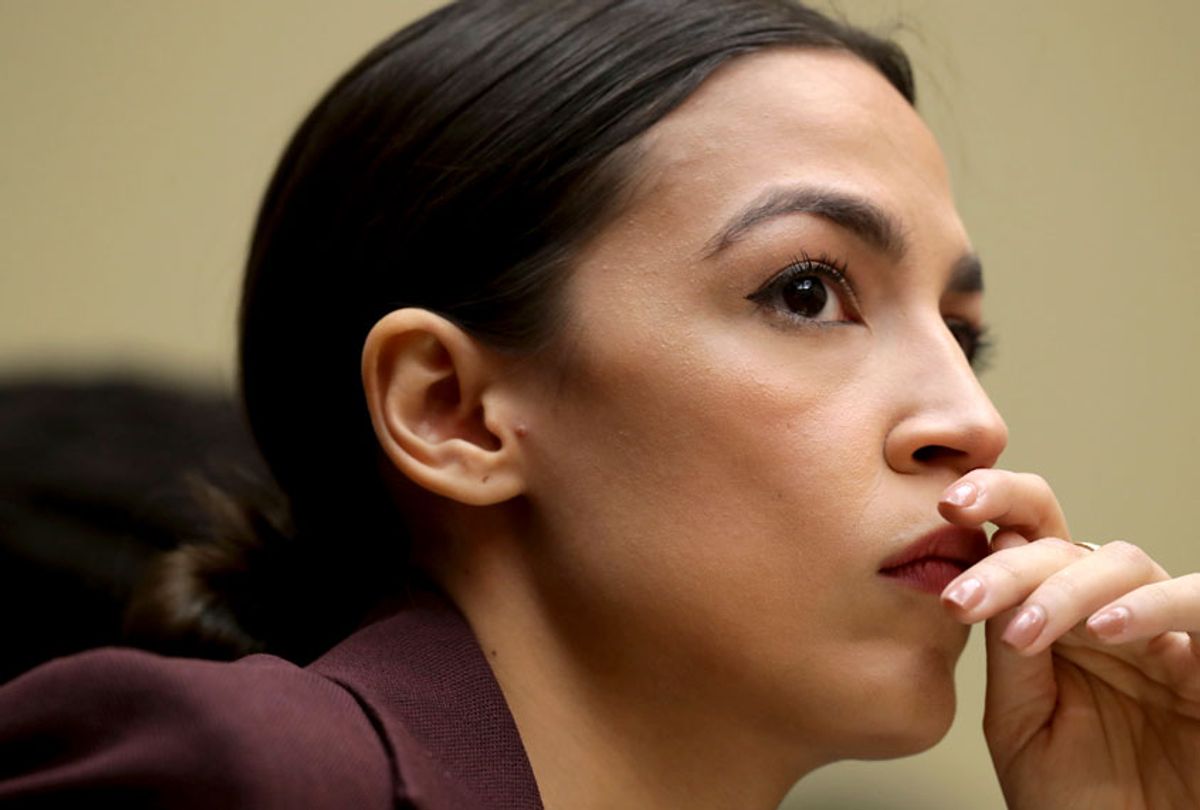 Screwups in the right-wing media give the watchdog outlet Media Matters a lot to talk about. In one particularly glaring example of the sloppy standards of many prominent conservatives, it unmasked the kerfuffle stemming from a bogus tweet supposedly written by Rep. Alexandria Ocasio-Cortez. Radio host Rush Limbaugh and other far-right media figures, according to Media Matters, were quick to attack the New York City congresswoman this week for the tweet and didn't even bother to verify its authenticity.

Media Matters Eric Kleefeld reports: "Right-wing social media accounts are now circulating a counterfeit tweet that was supposedly posted and then deleted by Rep. Alexandria Ocasio-Cortez (D-NY), allegedly calling for an extension of business closures — not from the coronavirus pandemic, but in order to defeat President Donald Trump in the November election."

Ocasio-Cortez, who defeated former CNBC anchor Michelle Caruso-Cabrera in a Democratic congressional primary in her Bronx/Queens district on Tuesday, has been a strong proponent of social distancing and stay-at-home orders in response to the coronavirus pandemic. But AOC, in March and April, supported the closing of non-essential businesses as a matter of public safety — not to hurt Trump

Kleefeld notes that Snopes was quick to report that the tweet was a "fabrication" and "not something posted by Ocasio-Cortez."

"It does not appear in her Twitter timeline, nor was it recorded by databases that capture and preserve deleted tweets," Snopes' David Mikkelson explained.

According to Kleefeld: "The fraudulent tweet appears to have just begun spreading on Tuesday, based on a Twitter search, as well as a quick look at posts on Facebook and Instagram. Interestingly enough, the supposed screen grab depicts the message as having been posted over a month ago, on May 20, and to have been retweeted over 25,000 times — and yet, nobody seems to have learned of it until today."

It's vital that Governors maintain restrictions on businesses until after the November Elections because economic recovery will help Trump be re-elected. A few business closures or job losses is a small price to pay to be free from this presidency. #KeepUsClosed.

The tweet's lack of authenticity is obvious for a number of reasons. First, Ocasio-Cortez has expressed a great deal of compassion for small businesses and the unemployed during the coronavirus pandemic — she hardly views them as collateral damage in the war against Trump. Second, it isn't even her writing style.

The writing style of the fake tweet, according to Kleefeld, has a Trump-like quality. Kleefeld writes: "It might also be worth pointing out that the purported Ocasio-Cortez tweet exhibited the kind of irregular capitalization often employed by Trump — perhaps inspiring his devotees to do the same — rather than what is typically found on the representative's own account."

But none of that has prevented far-right media figures from claiming that Ocasio-Cortez wrote and posted the tweet.

Kleefeld observes, "On the June 23 edition of 'The Rush Limbaugh Show,' the eponymous radio host read the fake tweet aloud and claimed that 'a lot of governors are paying attention to her.' Limbaugh has previously accused 'the Democrat hierarchy' of ordering governors to shut down their states' economies.

Kleefeld cites radio host Mark Levin as another far-right media figure who attacked AOC for a tweet she didn't even write. In a tweet that has been deleted, Levin wrote: "AOC let the cat out of the bag! The Democrats seek to destroy our economy, your jobs, and your businesses, hoping Trump will be blamed by the voters."

Ocasio-Cortez is a frequent target in the right-wing media, as she acknowledged a tweet refuting the hoax:

She is also quite popular in her overwhelmingly Democratic district — which includes areas of the Bronx and Queens. The centrist Caruso-Cabrera hoped to unseat Ocasio-Cortez in Tuesday's primary, but Ocasio-Cortez won 72% of the vote while Caruso-Cabrera won 19%. Another candidate in that primary, Badrun Khan, won 5.4% of the vote. Some critics and detractors had hoped the primary would be the chance to strip her of a national platform, but those hopes were dashed.

AOC also fared much better than Caruso-Cabrera in terms of fundraising: while Caruso-Cabrera raised more than $2 million — according to the Federal Election Commission — Ocasio-Cortez raised over $10.5 million. Now, the congresswoman will go on to face a Republican challenger in the general election. But there's little doubt about who will prevail.