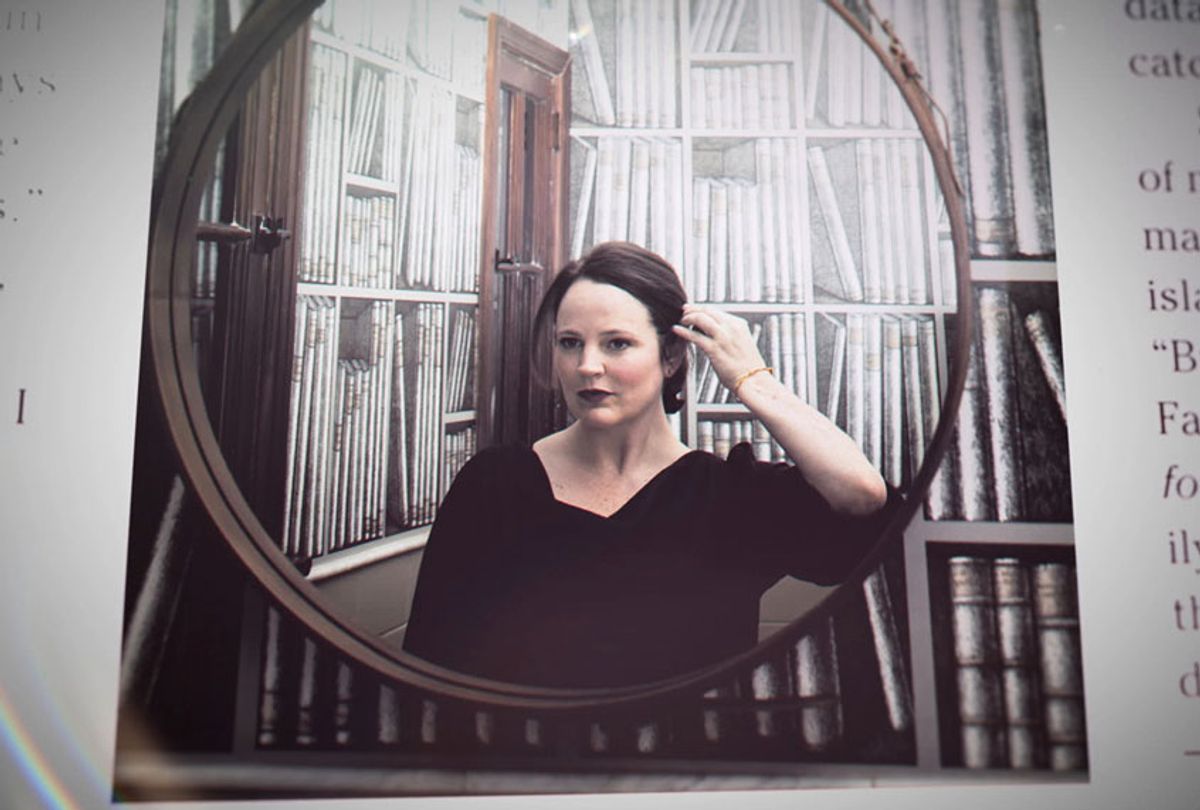 True crime fandom often suffers from an unpleasantly smug, self-satisfied sense of its own cleverness. While it takes a certain degree of morbid curiosity and gallows humor to persistently return again and again to infamous and outrageous cases, there's also an undeniably flippant streak of callousness evident in plenty of the most popular boards and podcasts. It's a unique and singularly impressive feat, then, that HBO's highly anticipated documentary series "I'll Be Gone In the Dark" takes an achingly domestic approach to the tale surrounding one of America's worst serial rapists and murderers.

This is a story with an obvious villain, the elusive killer who terrorized California throughout the 1970s and '80s. And it has a charismatic hero in Michelle McNamara, the relentless, obsessive amateur detective who got her hooks in the case and never let it go. McNamara was also the late wife of comedian Patton Oswalt, and the series is every bit as much their love story as it is a true crime one.

Nearly a decade ago, McNamara was a blogger whose popular True Crime Diary led to a series of features for "Los Angeles" magazine about the East Area Rapist/Original Night Stalker, aka EAR/ONS. "The great tragedy of this case," she observed at the time, "is that it's not better known." That soon changed. McNamara dubbed the culprit the Golden State Killer and she titled her book after a threat the man made to one of his victims: "You'll be silent forever, and I'll be gone in the dark." Her work helped ignite a groundswell of new interest in the case.

Even in the grim annals of true crime, EAR/ONS has always been an exceptional case. Over a span of at least a decade, he escalated his crimes — first in Northern and then Southern California — from burglary to sexual assault to murder, often spending hours torturing and threatening the victims of his home invasions. His technique was distinctive and chilling. He raped at least 50 women and murdered 13 known victims. Sometimes he called his survivors later — even years later — to taunt them.

If you know nothing of Michelle McNamara or the Golden State Killer, it gives away nothing to say that early in the series, it's established that McNamara died in 2016 without ever learning the name of the man whose crimes seeped into her nightmares. But even if you're among the legion of crime addicts and nonfiction readers who think you know the story inside out, you will find moments in director Liz Garbus's series that will make you gasp nonetheless. There are gut punch revelations, yes, but it's the quietly heartbroken recollections that have the deepest impact.

When you think of the details around a case like the Golden State Killer, maybe you know about a recording of an ominous obscene phone call. Maybe you visualize a disturbing police sketch of a cold-eyed suspect. But do you think of an anguished brother-in-law cleaning up a crime scene? Do you think of bits of food left out on a kitchen counter? Or a father struggling to work out what to tell his child? The series is a fitting companion to McNamara's bestseller, but it's also a sprawling meditation on loss — loss of life, loss of the person you used to be — and of the secrets that haunt us.

Garbus is a prolific documentarian whose dramatic debut earlier this year was based on another true crime bestseller, Robert Kolker's Long Island Serial Killer investigation "Lost Girls." Here, as in "Lost Girls," the focus is on the shattering aftermath of violence and death, the bonds between survivors and the long, difficult path of healing.

"Grief will let you know when it's done with you," says Oswalt late in the series. It's a statement that carries the intimate ache of the decades of tales of grief that his late wife pursued. It speaks to the countless lives upended — including McNamara's — because of the horrifying sadism of one man. It is a testament, to quote a phrase used in the series, to "a disparate collection of tragedies." And the tragedies are not just of violence, or the trauma that follows in its wake. They're the silences that arise around violence and trauma.

It's a brilliant way in to the dual narratives of "I'll Be Gone In the Dark" to connect the dots around the themes of secrets and shame. That the people who are drawn to true crime may share some common traits with the perpetrators they pursue isn't a new idea — it's a foundational element of the thriller genre. Shows like "Hannibal," "Criminal Minds" and "Mindhunter" all explored the psychological relationships between sociopaths and the investigators who pursue them. And "I'll Be Gone" takes care to acknowledge McNamara's own awareness of her unorthodox "murder habit." But it always takes care to avoid forcing the viewer to identify with the killer via our identification with McNamara. Instead, it focuses on what McNamara had in common with GSK's survivors — and the painful results of what stays unspoken.

Again and again throughout the series' six episodes, victims recount how they were encouraged to move on and forget, how they stoically celebrated birthdays and carried on with wedding plans while still recovering from their assaults. A major individual in the story describes a terrifying encounter with the killer, an event she has still never learned key details of. They were simply handled, and then fastidiously withheld from her. Law enforcement veterans reveal how they struggled to connect the killer's crimes. The real estate industry had an interest in concealing what was going on while new properties were springing up, and politicians didn't want a taint on their communities.

We are shown photographs of smiling young California women, some of them prior to their assaults and some of them after. Could you spot the difference if they didn't tell you which was which? When McNamara is talking, like a trooper, of caring for her daughter and poring over crime scene photographs and losing sleep, do you see the real toll on her health all of it was taking? "I've struggled to reconcile . . . the things I didn't know about her with the person I knew," her researcher Paul Haynes says. "I've struggled to fuse those people."

"You'll be silent forever," the Golden State Killer sneered. That was his power, for decades. But the silence couldn't hold. McNamara once wrote an open letter to him, warning that his days of freedom were numbered and commanding him, "Open the door. Show us your face. Walk into the light." The power of her work, and of the series that is her legacy, is that Michelle McNamara helped forge a path for survivors — including her own family — to walk into the light. To speak, at last, and shatter the silence.