“Sean, you gave Donald Trump the ultimate softball question," Cuban says. "And he couldn’t answer it" 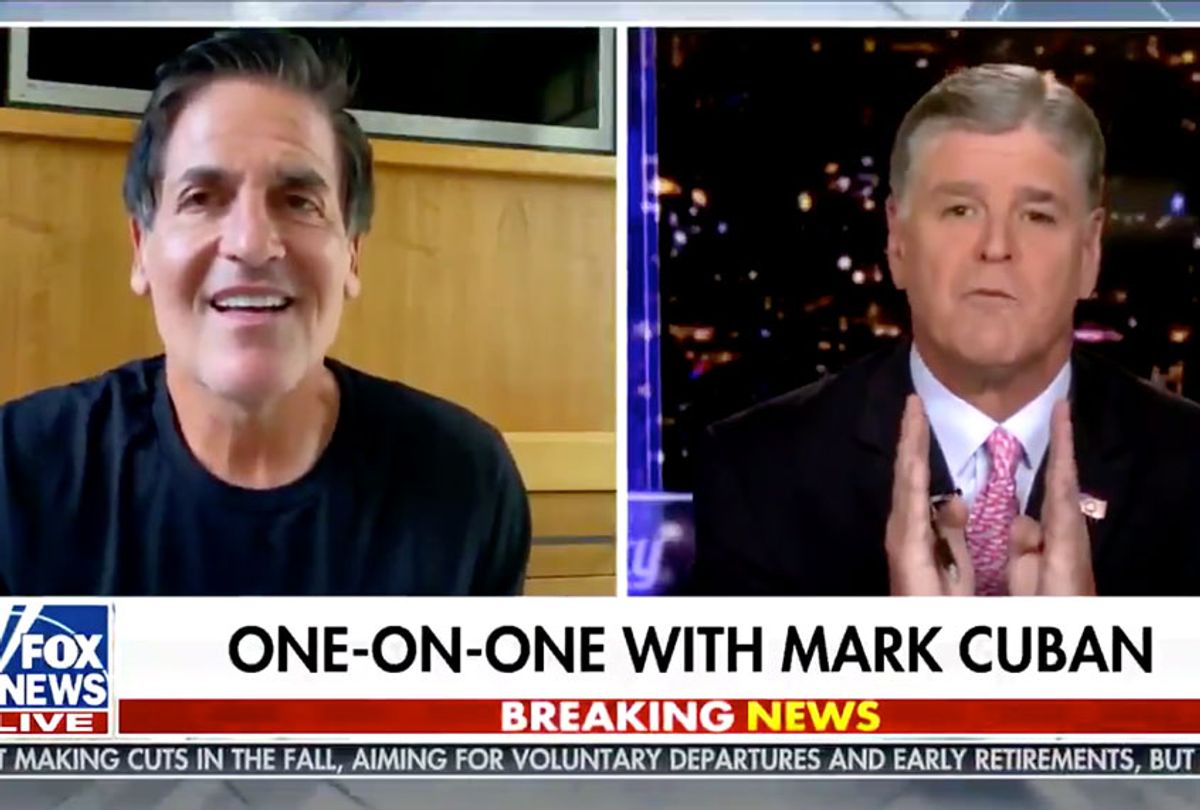 Fox News' Sean Hannity has been ridiculed on both the left and the right for his obsequious coverage of Donald Trump's presidency, and Hannity was as obsequious as ever when he interviewed the president during a recent town hall event — a fact that billionaire investor Mark Cuban didn't hesitate to point out during a Tuesday night, June 30 appearance on Hannity's show.

Cuban noted how badly Trump performed during the town hall, stressing that even softball questions from Hannity were too challenging for the president. The billionaire asserted, "Sean, you gave Donald Trump the ultimate softball question, and he couldn't answer it." And Hannity's pathetic response was attacking former Vice President Joe Biden — not offering any critical analysis of Trump.

"Joe Biden's lost it," Hannity told Cuban. "He doesn't have a fastball, a curveball, or a slow pitch. Come on, Mark."

But Cuban persisted in giving Trump the type of critical analysis that Hannity is incapable of.

"Come on, you know Donald Trump can't answer your questions," Cuban shot back. "You and every Fox News interviewer gives him the easiest questions, and he can't answer them. Why is that, Sean?"

Fox News does, on occasion, offer some critical analysis of Trump from the right. But it typically comes from Chris Wallace (who Trump has railed against on Twitter) or the libertarian Judge Andrew Napolitano — not sycophants like Hannity, Tucker Carlson and Laura Ingraham.