COVID-19 patients may experience another unwanted side effect: PTSD

The psychological trauma of being hospitalized with COVID-19 may be long-lasting, experts fear 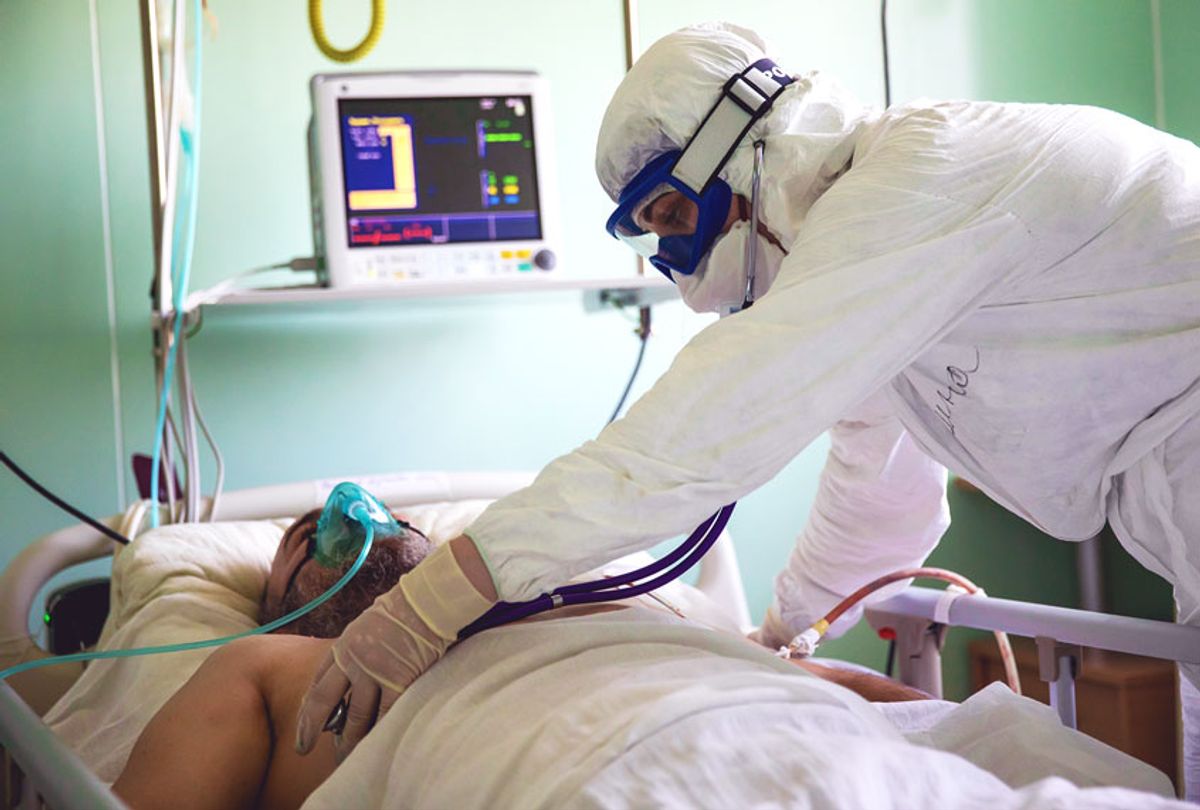 COVID-19 has a physical toll on the body, one that can last long after the virus has vacated the body. Now, health experts fear that there may be a lasting psychological toll on its victims as well.

Citing research that found that 30 percent of patients who had suffered from severe illnesses during outbreaks had developed psychological conditions like post-traumatic stress disorder (PTSD), anxiety and depression, the Covid Trauma Response Working Group urged that seriously ill COVID-19 patients in hospitals should be urgently screened for signs of PTSD, according to the BBC. The group, which is led by University College London and includes health workers from other parts of southeast England, say that this should include regular check-ups lasting for up to one year.

Dr. Michael Bloomfield, a psychiatrist at the United Kingdom National Health Service, told The Guardian that COVID-19 hospitalization is a "potentially traumatic experience. . . . Being in intensive care is frightening. There was a particular risk to [these patients'] own life, because they were very ill. And early in the pandemic we didn't have treatments available for covid."

He added, "The doctors and nurses treating people in hospital all had to wear protective equipment. People weren't able to see their relatives. And patients had tubes in them and, if they were intubated, they were in an altered state of consciousness."

An American physician named Dr. David Shulkin — who was a former Secretary of Veterans Affairs as well as former president and CEO of Beth Israel Medical Center in New York City — expressed a similar concern to HealthDay last month.

"Unfortunately, I do think this is one of the expected unintended consequences of a pandemic," Shulkin explained. After noting that there have been behavioral issues, both short-term and long-term, after nearly every other pandemic that has been studied, Shulkin pointed to a recent study from Wuhan, China in which more than 700 patients with COVID-19 were given a test for PTSD symptoms.

"Over 96% of those respondents indicated they were suffering from post-traumatic stress," Shulkin told HealthDAy. "I do think this is something we have to give serious evaluation to and make sure we are addressing these issues."

The University of Michigan's Department of Psychiatry says symptoms of PTSD include intrusive symptoms such as recurrent memories, nightmares and flashbacks; a desire to avoid triggers that remind one of the traumatic event; insomnia; hypervigilance; and feelings of guilt, shame or anger. The department also argued that, in addition to COVID-19 patients, health care workers who interact with COVID-19 patients may develop PTSD because "they may also be witnessing increased illnesses, deaths, and supply shortages." Both patients and exposed health care providers could have their PTSD exacerbated by the need to self-quarantine, during which time they "may lack immediate social support."

In addition to the concerns about PTSD, there are other negative psychological effects associated with the prolonged shutdown.

"You have the effects of the isolation, you have the effects of fear, and in terms of the isolation, there's some people that don't mind it that much, but for most people it just can breed this depression," Dr. David Reiss, a psychiatrist and expert in mental fitness evaluations who contributed to the book "The Dangerous Case of Donald Trump: 27 Psychiatrists and Mental Health Experts Assess a President," told Salon last month. "Not necessarily a serious depression, but just 'not feeling good' moodiness."