Former "Apprentice" producer alleged to have "all the dirt" on Trump paid by RNC committee: report

The GOP National Convention's Committee on Arrangements reportedly made a dozen payments totaling more than $66,000 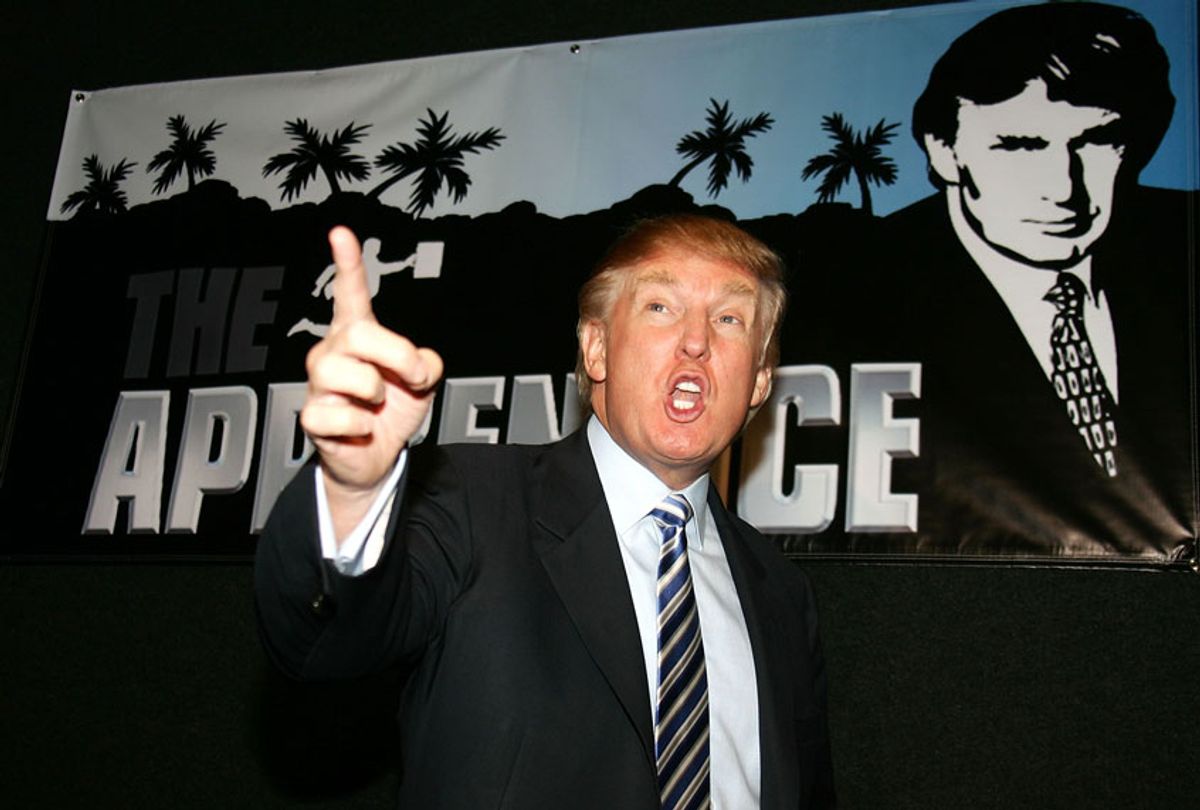 Chuck LaBella, who now heads his own company LaBella Worldwide, Inc., is known in the entertainment world for his work at NBC and on Donald Trump's hit reality show, "The Apprentice" (which became "The Celebrity Apprentice"). Actor Tom Arnold, who was a contestant on that show, has alleged that LaBella has "all the dirt" on Trump — and according to Daily Beast reporters Lachlan Markay and Sam Stein, LaBella has been receiving large payments from the Republican National Convention.

Markay and Stein explain, "From August 2019 through May 2020, the Committee on Arrangements for the 2020 Republican National Convention made a dozen payments totaling more than $66,000 to LaBella Worldwide, Inc. for 'production consulting services.'"

The Beast reporters note that the GOP payments to LaBella Worldwide, Inc. "appear to be the first payments ever made by a federal political committee to either LaBella personally or his company."

According to Arnold — who is now a vehement Trump critic — LaBella is in possession of shocking behind-the-scenes "Apprentice" outtakes. Arnold has alleged, "Chuck LaBella was there and knows all."

RNC National Press Secretary Mandi Merritt discussed the payments to LaBella's firm with the Beast, saying, "Chuck LaBella is consulting on a variety of efforts for (the) convention, including talent, production, stage design and media consulting. It's incredibly common for large-scale events such as these to receive consulting from those with backgrounds in the entertainment industry — and to suggest anything other than that is not only flat-on wrong, but offensive and misleading."

"The Apprentice," later "The Celebrity Apprentice," debuted on NBC in 2004 and was hosted by Trump for over a decade. Trump left the show after announcing his presidential campaign in 2015.

According to Markay and Stein, "California records say that LaBella Worldwide, Inc. was incorporated in 2017. His IMDB page lists him as a producer on 'The Apprentice' through 2013. He also worked on the Miss Universe Pageant and was reportedly in Moscow with Trump for the 2013 event there. In March 2017, The Wrap reported that he amicably parted ways with NBC."