Trump is facing "not just defeat but humiliation" in November: report 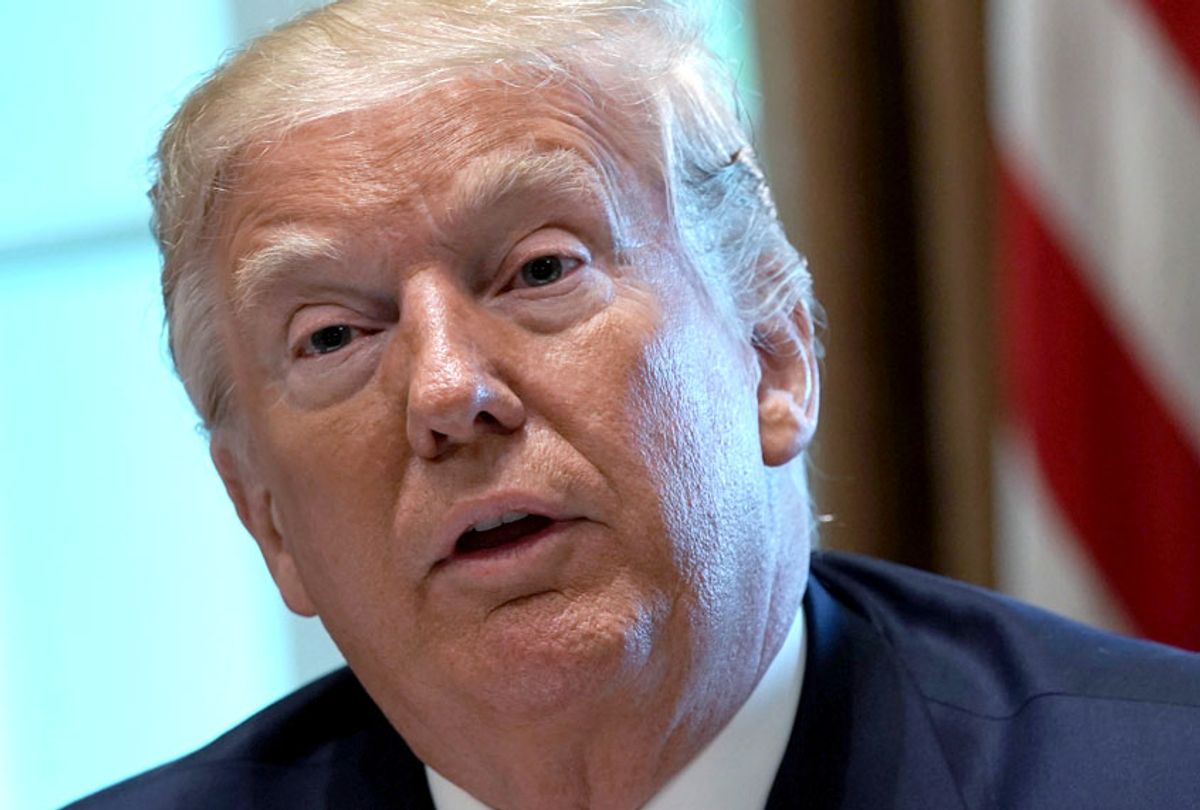 A report Thursday night in the New York Times dove into the behind-the-scenes details of a terrible month for President Donald Trump's re-election campaign.

While Trump's prospects against former Vice President Joe Biden have never been bright — the president has never once taken the lead in the RealClearPolitics average of their head-to-head national polls — things have gone from bad to worse.

"June represented the political nadir of his three and a half years in the Oval Office, when a race in which he had been steadily trailing, but faring respectably, broke open and left him facing the possibility of not just defeat but humiliation this fall," the Times reported.

It found that internal campaign polls have shown Trump losing Georgia and even Kansas — which few have considered even a potential swing state.

Within the campaign, the grim external reality is reflected by tumultuous power struggles. Though there are doubts about whether Trump will fire his campaign manager after the recent disastrous Tulsa rally, the Times reported that the president's son-in-law is openly hostile with Brad Parscale:

Mr. Kushner and Mr. Parscale appear increasingly at odds. Mr. Kushner has sent mixed signals about his view of the campaign manager: In a meeting with Republican officials this week, Mr. Kushner repeatedly shushed Mr. Parscale and told him to "shut up," according to multiple people familiar with the events, but at other times he has urged friends of the president to tell Mr. Trump they think Mr. Parscale is doing a good job.

Of course, the truth is that regardless of the quality of the president's campaign, his team can't spin the way out of the mess he has created. The economy is in tatters, the virus he has repeatedly downplayed is resurgent, and Trump is a walking disaster. It's a terrible environment for an incumbent to run in, and Trump only makes it worse for himself. The Times noted that the morning after one top GOP donor, Bernard Marcus, convinced Trump that his campaign was in trouble, the president sent his now-infamous "white power" tweet.

Last month's convergence of crises, and the president's missteps in responding to them, have been well-chronicled: his inflammatory response to racial justice protesters and his ill-considered rally in Tulsa, his refusal to acknowledge the resurgent virus or seriously address detailed reports about Russian operatives' putting a cash bounty on American soldiers. It's this kind of behavior, polls indicate, that has alienated swaths of swing voters.

Another report from Vanity Fair's Gabriel Sherman painted Trump as despondent and out of sorts about the state of his re-elect:

Republicans that have spoken with Trump in recent days describe him as depressed and "down in the dumps." "People around him think his heart's not in it," a Republican close to the White House said. Torn between the imperative to win suburban voters and his instincts to play to his base, Trump has complained to people that he's in a political box with no obvious way out. According to the Republican, Trump called Tucker Carlson late last week and said, "what do I do? What do I do?"

Sherman also reported that Trump's hoped-for in-person Republican National Convention may turn out to be a bust:

This week, Jacksonville, Florida—where Trump moved the Republican National Convention so he could hold a 15,000-person rally next month—mandated that people wear masks indoors to slow the explosion of COVID-19 cases. According to a Republican working on the convention, the campaign is now preparing to cancel the event so that Trump doesn't suffer another Tulsa–like humiliation. "They probably won't have it," the source said. "It's not going to be the soft landing Trump wanted."

That would really sour his mood.