The NY Times reports campaign fundraiser and girlfriend of Donald Trump Jr. did not travel on Air Force One 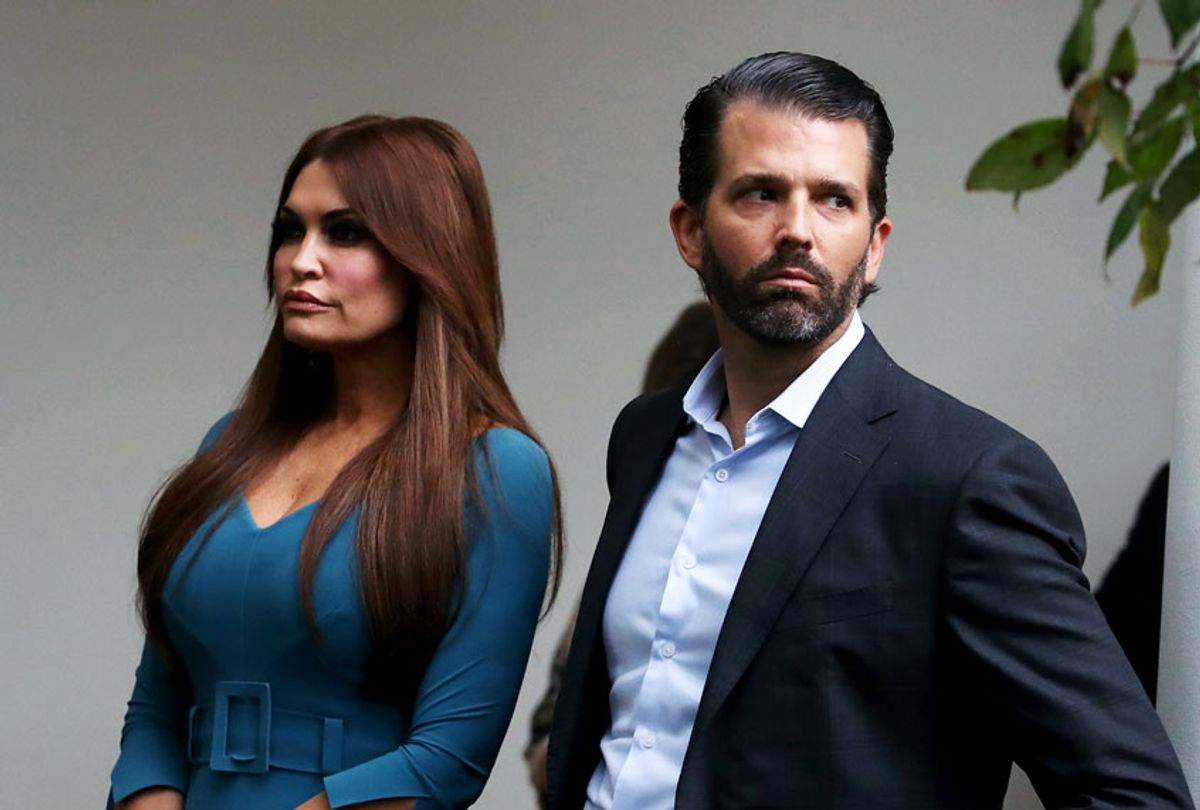 Yet another senior Donald Trump advisor has tested positive for COVID-19.

"Kimberly Guilfoyle, the girlfriend of President Trump's eldest son and a top fund-raising official for the Trump re-election campaign, tested positive for the coronavirus on Friday before a Fourth of July event at Mount Rushmore, a person familiar with her condition said," The New York Times reported shortly before Trump's speech began.

"Ms. Guilfoyle traveled to South Dakota with Mr. Trump's son Donald Trump Jr., in anticipation of attending a huge fireworks display where the president was set to speak. They did not travel aboard Air Force One, according to the person familiar with her condition, and she was the only person in the group who tested positive," the newspaper reported.

"Still, that another person who was expected to be near Mr. Trump tested positive — and someone who most staff aides consider a member of the Trump family — is likely to renew attention around potential risks to the president."

EDITOR'S NOTE: The author of this piece worked for Gavin Newsom's 2003 mayoral campaign when Guilfoyle was married to the California Democrat. The campaign was successful, Guilfoyle went on to be first lady of San Francisco. The two divorced in 2006; Newsom currently serves as governor of California while Guilfoyle worked for Fox News for over a decade.