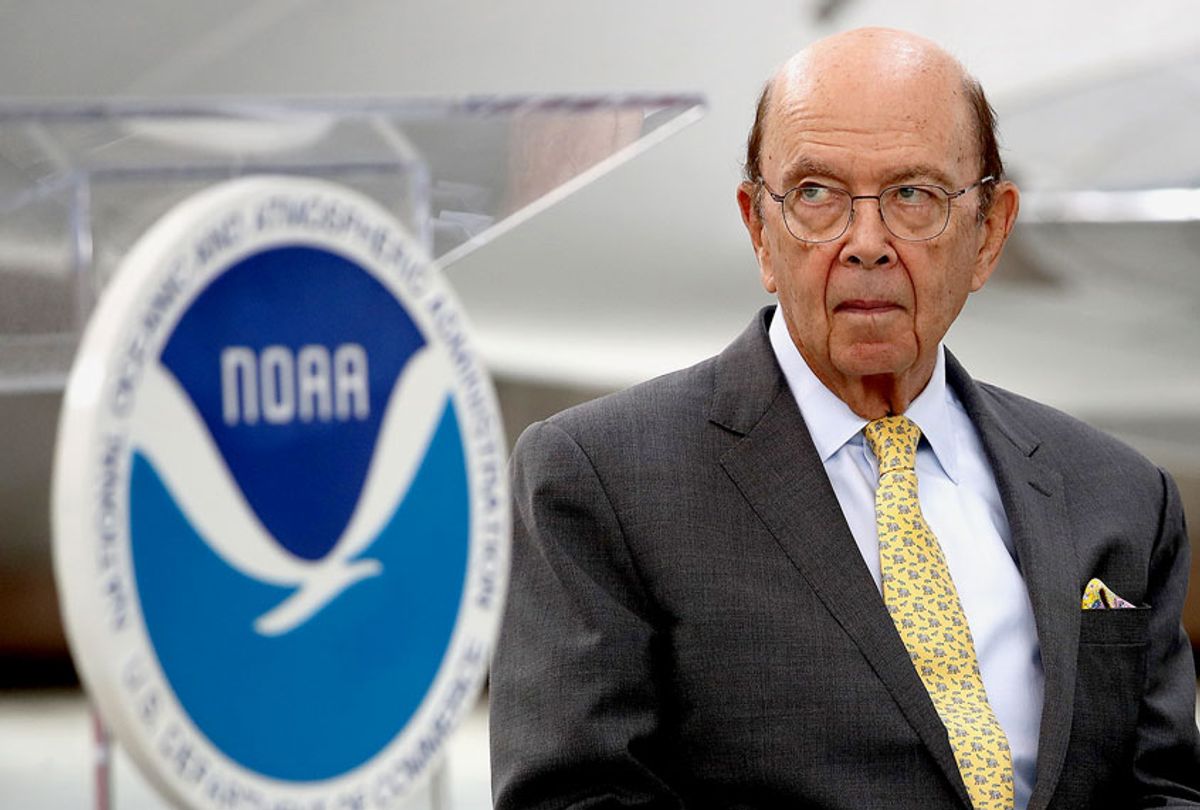 Inspectors general play a valuable role in the United States' system of checks and balances, but in the Trump era, there has been no shortage of tension between IGs and government agencies. One example of that tension, according to Washington Post reporters Andrew Freedman and Jason Samenow, is the conflict between Wilbur Ross  — secretary of the Commerce Department under the Trump Administration — and Commerce Department Inspector General Peggy Gustafson over a report pertaining to 2019's Hurricane Dorian and the "Sharpiegate" debacle.

Freedman and Samenow report that on Wednesday, July 1, Gustafson sent a memo to Ross expressing "deep concern" that the Commerce Department is infringing on her office's independence by preventing the release of a final report on an investigation of a National Oceanic and Atmospheric Administration statement about Dorian last year.

According to the Post reporters, "The focus of the impasse, Gustafson writes, is the (Commerce) Department's assertion of a broad claim of privilege that would exclude publication of certain material in the report, which began ten months ago."

Gustafson, who was appointed by President Barack Obama, has posted an online summary, dated June 26, of the report's findings, but with redactions that the Commerce Department, under Ross' direction, requested.

The investigation conducted by Gustafson's office came about because of the "Sharpiegate" scandal of September 2019, when the southeastern United States was battered by Hurricane Dorian. President Donald Trump wrongly claimed that Dorian posed a threat to Alabama, and on September 1, 2019, the National Weather Service office in Birmingham tweeted that Dorian, in fact, did not pose a threat to Alabama and assured Alabama residents, "Alabama will NOT see any impacts from #Dorian. We repeat, no impacts from Hurricane #Dorian will be felt across Alabama."

A more responsible president would have acknowledged making an error and backed the National Weather Service's Birmingham office. Instead, Trump childishly doubled down on his error and used a Sharpie on a hurricane forecast map to make his point. And the NOAA backed Trump, criticizing the Birmingham office on September 6, 2019.

According to Freedman and Samenow, the summary from Gustafson's office "concluded the Commerce Department ran a 'flawed process' that did not sufficiently engage NOAA and went against the interests of the agency and the National Weather Service, which it oversees. By issuing the September 6 statement, 'the Department failed to account for the public safety intent of the NWS Birmingham tweet,' the summary said. The statement's release provoked an uproar among NOAA's scientists and its constituents, who said backing the president's flawed claim rather than its own scientists harmed the agency's credibility."

Democratic Sen. Maria Cantwell of the Senate Commerce, Science and Transportation Committee was highly critical of Ross, asserting, "This situation has gone from bad to worse. Secretary Ross must immediately cease this campaign to keep the public in the dark. The inspector general is doing their job, and the public deserves to see the report. Release the report now, Mr. Secretary."