Like a Crunchwrap Supreme, the magazine is filled with the "most stunning stuff," editor M.M. Carrigan tells Salon 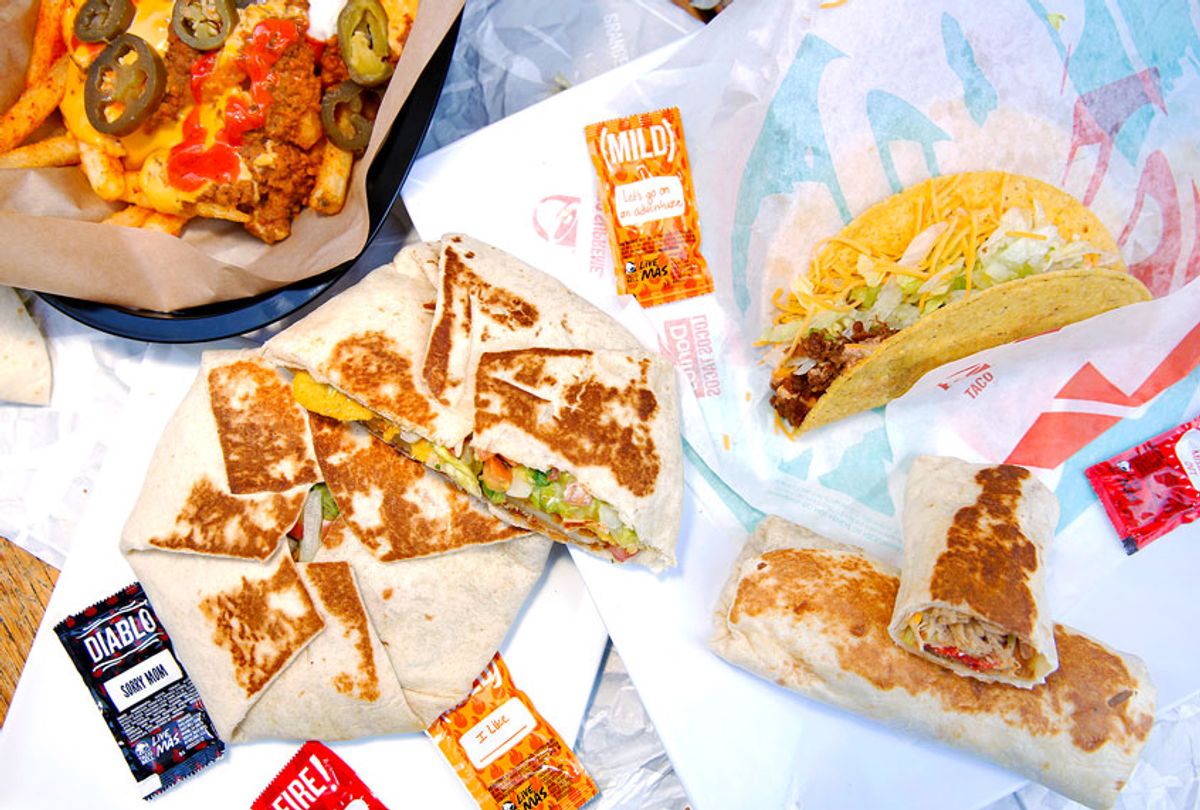 The literary world has a reputation for being a little bit stuffy (dare we say, pretentious?) sometimes, but a new publication is subverting the status quo. Taco Bell Quarterly, which launched earlier this year, is exactly what it sounds like: a literary magazine dedicated to writing about or featuring the fast-food chain.

Per their website, "Taco Bell Quarterly is the literary magazine for the Taco Bell Arts and Letters. We're a reaction against everything. The gatekeepers. The taste-makers. The hipsters. Health food. Artists Who Wear Cute Scarves. Bitch-ass Wendy's. We seek to demystify what it means to be literary, artistic, important, and elite."

Salon spoke with the publication's Editor Grande Supreme, M.M. Carrigan, about how Taco Bell Quarterly came to be, what's next for the magazine and why their Twitter feed is dominated by photos of summer sausages.

What inspired you to launch a literary magazine dedicated to Taco Bell?

So I think it started with the question: How do you become a writer? What does it mean to participate in the writing life? And if you start to look at those questions, there is an entire cottage industry that attempts to answer them. We've got MFA's, workshops, retreats — all these classes, all these books. I think a lot of those things are wonderful, but for me, it was like, "Let's pull all that aside and just worry about Taco Bell."

To that end, I think the thing that struck me — especially having spent time in an MFA program — is that a project like this really subverts some of the stuffiness that is sometimes inherent to the literary world. It sounds like that was intentional.

Well and what makes us different, too, is that I don't want to necessarily mock the stuffiness of some of the hallowed literary institutions. In some ways, we kind of want to stand among them. We kind of want to be one of them. We want to be a place that writers go to get published. There is a little bit of silliness in that, but it's not necessarily mocking stuff. I want to be another option among the range of places where you can get published.

I know people may hear the topic of Taco Bell and assume that the pieces aren't serious, but that's not the case. Before we spoke, I had you send me some of your favorite pieces. I was hoping to talk through them a little bit, starting with "Saint Day." What appeals to you about this piece?

It exists in a sort of magical, metaphorical level. There are so many great lines in it, like "Your departure was an origin myth." It just flows through the story that is not remotely about Taco Bell, but Taco Bell exists within the piece, and informs it. I think it's one of the best examples of what we're trying to publish.

Right. I also love this poem that you sent, "With Fire Sauce." It's short enough that I'm going to read it: "I was flirting with the night crew/ when a girl I hated in high school/ ran into the Taco Bell screaming/ Oh, my God, girl! I think your car/ is on fire! /True story/ Still got nachos." It packs so much into those seven lines.

It also has that whitespace [between "true story" and "still got nachos"] which to me is probably the best part.

That leads me to ask about the reception to Taco Bell Quarterly. How have people — especially writers — responded? Do you find people took it seriously, or was that a hump you had to get over?

So right away, I got the most stunning stuff. I couldn't believe it. That's how I knew I had something special because, you know, if by the end of that first day when I put a call out for submissions, I just ended up with something silly, I might have quietly deleted the tweet. But instead what happened, I got this really inspirational stuff from a writer named Josh Olson. He was the first person that submitted and did a take on William Carlos Williams' "The Red Wheelbarrow."

And he had this line: "So much depends upon/a shredded chicken quesarito/served with baja blast/ beside the dollar general." And I just really related to that, coming from where I grew up in a working class suburban area. Those are the places we went to — the Dollar General, the Taco Bell, so much depends upon them.

That's a really relatable experience. I think most everyone has been to Taco Bell; it's universal. Is that another reason that you were drawn to the topic?

I mean, for me, it was sort of "first idea, best idea," right? So the day this idea popped into my head, I just thought, "Wow, that's it." There is something here. I didn't have this start where I had a very sophisticated thought of how I could subvert the literary world. More so, it was like, "What if I made a Taco Bell magazine?" And then I thought, "Well, how could I apply that so it is a smart idea and not just a joke."

What kind of work ends up in the rejection pile?

So, the first two issues, we rejected very little because we were just starting out. So what we got in, we published. But after the second issue, I started getting interviewed — but New York Post and LitHub and all these big sites. So that brought in a larger range of submissions. So right now, we have hundreds that we are going through for Volume 3.

And I would say that in the rejection pile is going to be stuff that we already published similar versions of in Volumes 1 and 2. Additionally, 2020 is the "darkest timeline," so the first two issues came out before this year got fully started. So there was a lot of focus on falling in love in Taco Bell, nostalgia. Vol. 3 is going to be informed by a wariness; it's not necessarily about the pandemic, but I think it's just so any of those pieces that are sort of a little bit on the lighter side are not going to make it in this time.

As you mentioned, you have Volume 3 coming out, but I've also seen images of baskets of summer sausages on your Twitter. What is that about?

So in addition to creating this magazine, I've also been trying to think about ways to create joy. One of the ideas came to me when I was a baby writer and got my first publication in a magazine. When it came out in print, I went to the bookstore to buy it and I bought like 10 copies. I was so proud. I get up to the cash register and the guy was like, "Are you in this magazine?" And I said "I am."

And he's like, "Well, that deserves a writer's discount" And he gave me like 10% off. And I think something just changed inside of me. So I wanted to do that for other writers, and I thought, wouldn't it be funny if when people got their first publication, we sent them a gift basket full of meat and dairy. That's where I started that.

I would have been stoked to get that after my first publication.

Yeah, I mean, I kind of want to be somebody's mother who loves them too much. Writers, we don't really have that. We're all kind of fighting to get read by 15 people.

So, final important question: What is your typical Taco Bell order?

Well, I'm a hardcore convert to the Crunchwrap. Before Taco Bell Quarterly, I stuck with the same order for years, seven-layer burrito and Mexican pizza. I hadn't changed to the '90s. So once I started getting these pieces from younger people who all have more exciting orders, I've started trying them and realized the Crunchwrap is really the best.