"We will protect this": Trump campaign vows to defend a famous statue of Jesus located in Brazil

In addition to this promise, Trump has also vowed to defend monuments dedicated to Confederate generals 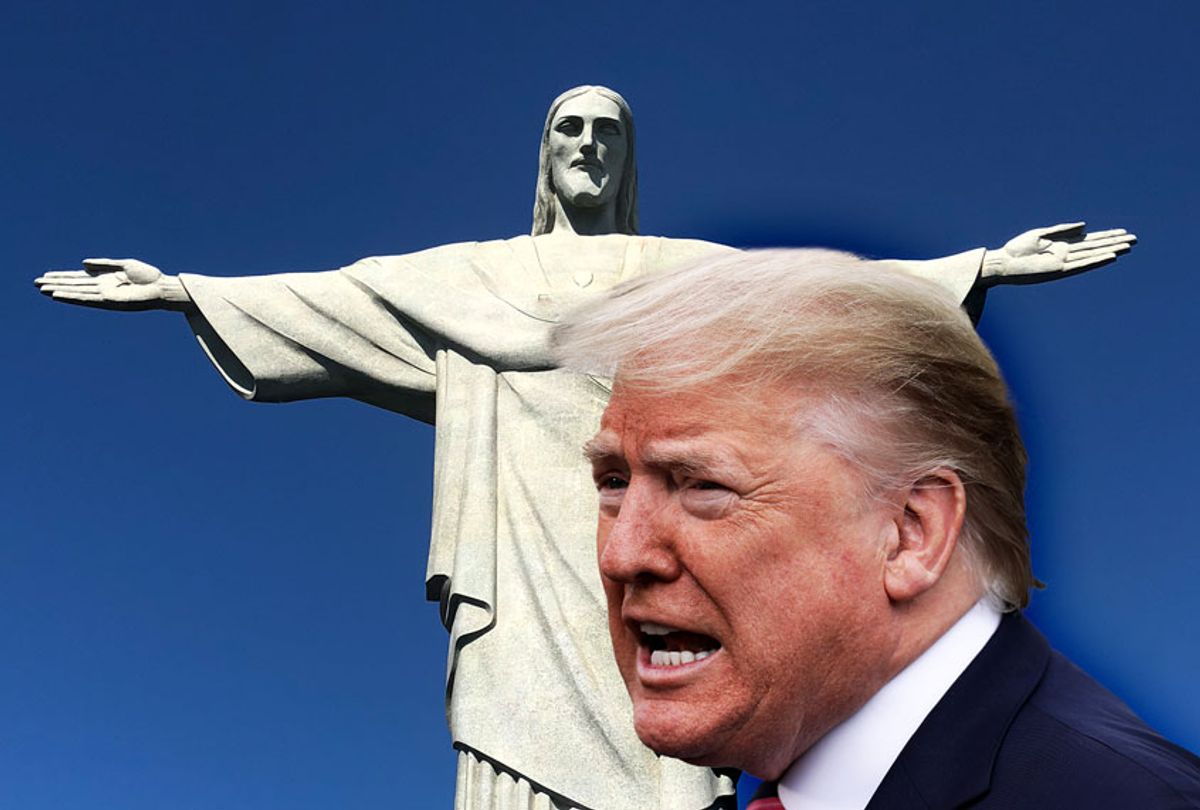 The Cristo Redentor in Brazil, and Donald Trump (Getty Images/Salon)
--

President Donald Trump's campaign is making a solemn vow to supporters that he will never allow the destruction of iconic statues located in foreign countries.

The Daily Beast reports that the Trump campaign over the weekend sent out a new ad featuring a photo of the Cristo Redentor in the Brazilian city of Rio de Janeiro and informed supporters that "WE WILL PROTECT THIS."

The Cristo Redentor is perhaps the most famous landmark in all of Brazil, but apparently no one on the Trump campaign realized that the statue was not located in the U.S.

"There's no indication that the 125-foot sculpture, which sits at the peak of Corcovado mountain overlooking Rio, is at risk of vandalism or removal," The Daily Beast notes. "It's also not clear how Trump or Pence might go about protecting it if it were threatened, which, again, it does not appear to be."

In addition to his promises to protect statues of Jesus, Trump has also vowed to defend monuments dedicated to Confederate generals, and on Monday the president criticized NASCAR for banning its drivers from displaying the Confederate flag on their vehicles.