In addition to Epstein, the bank is also a major creditor of President Trump and his businesses 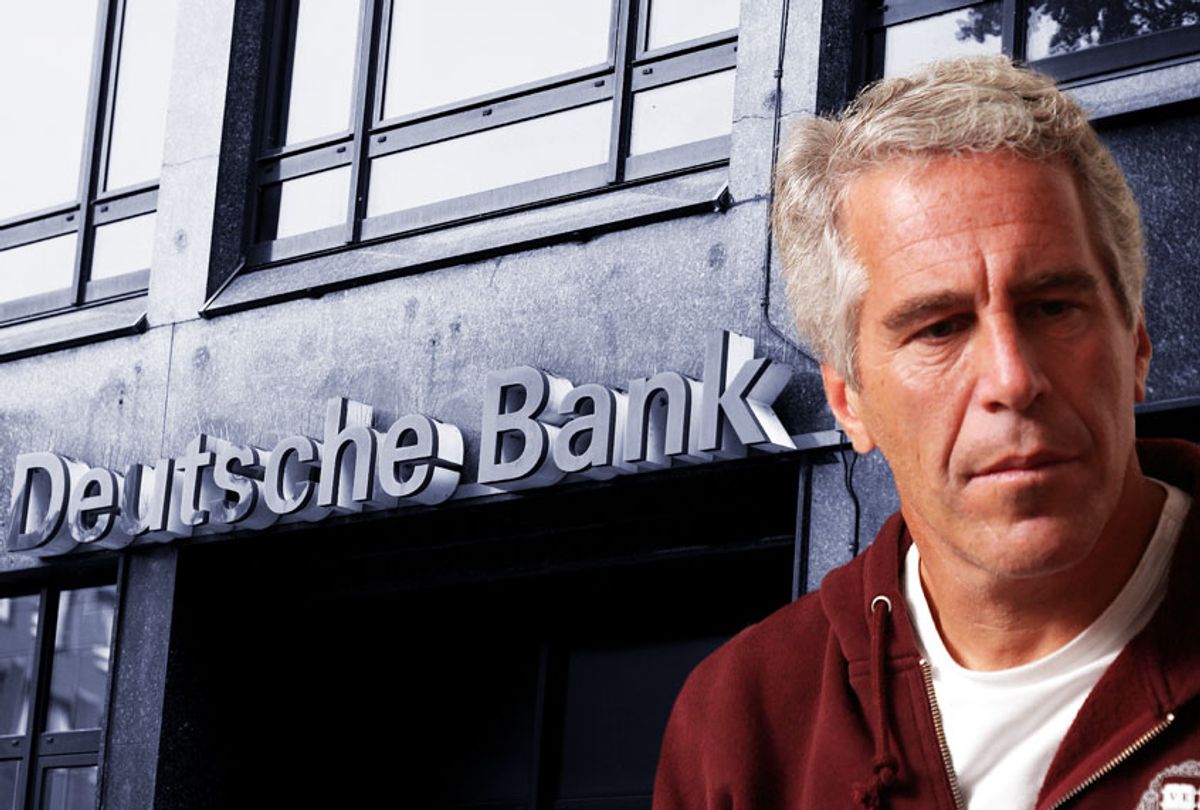 "The bank processed millions of dollars in transactions that the department said should have prompted 'additional scrutiny' because of Epstein's criminal history," continued the report. "Those include payments to people who were publicly alleged to have been Epstein's co-conspirators in sexually abusing young women, as well as payments to Russian models and school tuition money for his victims."

Epstein, who has been accused of trafficking dozens of girls and assaulting them at "sex parties" at his many estates, escaped meaningful prosecution in 2008 with a suspicious plea agreementbrokered by President Donald Trump's future Secretary of Labor Alex Acosta. He was finally charged for the full extent of his alleged crimes in 2019.

He was later found dead in his cell of apparent suicide at the Metropolitan Correctional Center in Manhattan, which has spawned a number of conspiracy theories and complicated the search for his co-conspirators. Questions also linger about how Epstein built and maintained his fortune in the first place, and what exactly was the nature of his secretive wealth management network. His longtime associate, British socialite Ghislaine Maxwell, was recently arrested as part of the ongoing investigation.

Deutsche Bank has been frequently suspected of facilitating money laundering for wealthy actors and corrupt nations. In addition to Epstein, it is also a major creditor for Trump and his businesses, and has been similarly accused of looking the other way on suspicious transactions in those accounts.