"The next four months are going to be very, very ugly," the economist warns 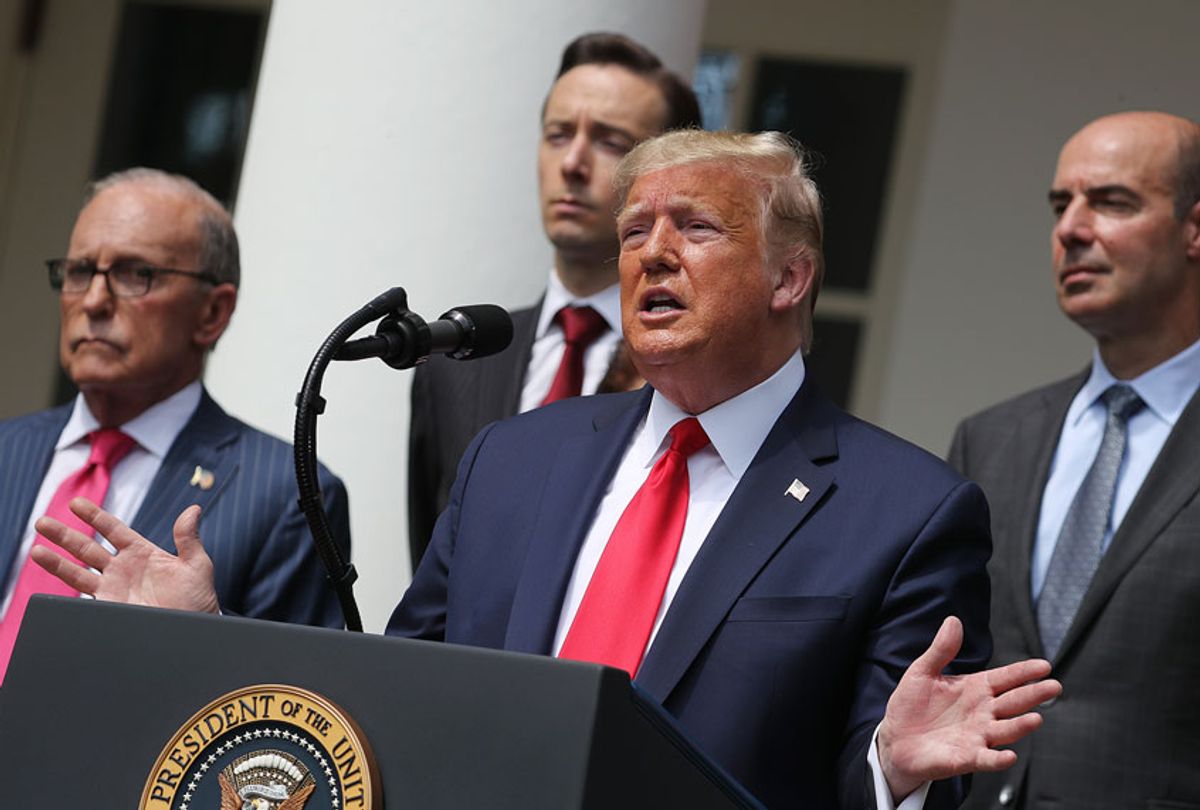 U.S. President Donald Trump speaks during a news conference about the U.S. Labor Department's announcement that the unemployment rate fell to 13.3 percent in May, in the Rose Garden at the White House June 05, 2020 in Washington, DC. (Chip Somodevilla/Getty Images)
--

No matter how bad the coronavirus-related headlines are, they can always get worse: Johns Hopkins University in Baltimore has reported a COVID-19 death count of more 130,400 for the United States, but that number is sure to climb in the weeks ahead. Liberal economist Paul Krugman discusses the ongoing crisis in a New York Times column published on July 6, stressing that the Trump Administration's coronavirus response continues to fail miserably from both a health standpoint and an economic standpoint.

Krugman notes how much COVID-19 has been surging in Sun Belt states like Florida, Arizona and Texas.

"At this point, Arizona — with 7 million people — is reporting around as many new cases each day as the whole EU, with 446 million people," Krugman observes. "Some Trump supporters are still trying to dismiss the upswing in cases as an illusion created by more testing, but it isn't. Cases have grown far more than testing has. Hospitalizations have shot up in Arizona and Texas, which are at the leading edge of the new surge; in both states, hospitals are in crisis mode. Florida, which is probably in the same situation, hasn't been releasing hospitalization data."

Krugman points out that President Donald Trump showed how out of touch he is when, on July 1, he claimed that coronavirus will "disappear."

"We're in worse shape, even economically, than we would have been if Trump and his allies had taken the pandemic seriously early on," Krugman asserts. "The really frightening aspect about where we are is that Trump and his people don't seem to have learned anything from their coronavirus debacle. On Wednesday, (July 1) — Wednesday! — Trump insisted, as he has at every stage of the pandemic, that the coronavirus will 'sort of just disappear.'"

Because of the pandemic, Krugman warns, unemployment is "still in double digits" in the U.S. and "probably won't get much better for a long time."

"We should be going all-out to bring the COVID-19 surge under control and making sure that Americans keep getting the economic aid they need," Krugman writes. "In reality, neither of those things is likely to happen. Infections and hospitalizations will soar further, and millions of Americans will lose crucial economic lifelines in a few weeks. The next four months are going to be very, very ugly."