Republicans pounced after Omar called for dismantling systems of oppression 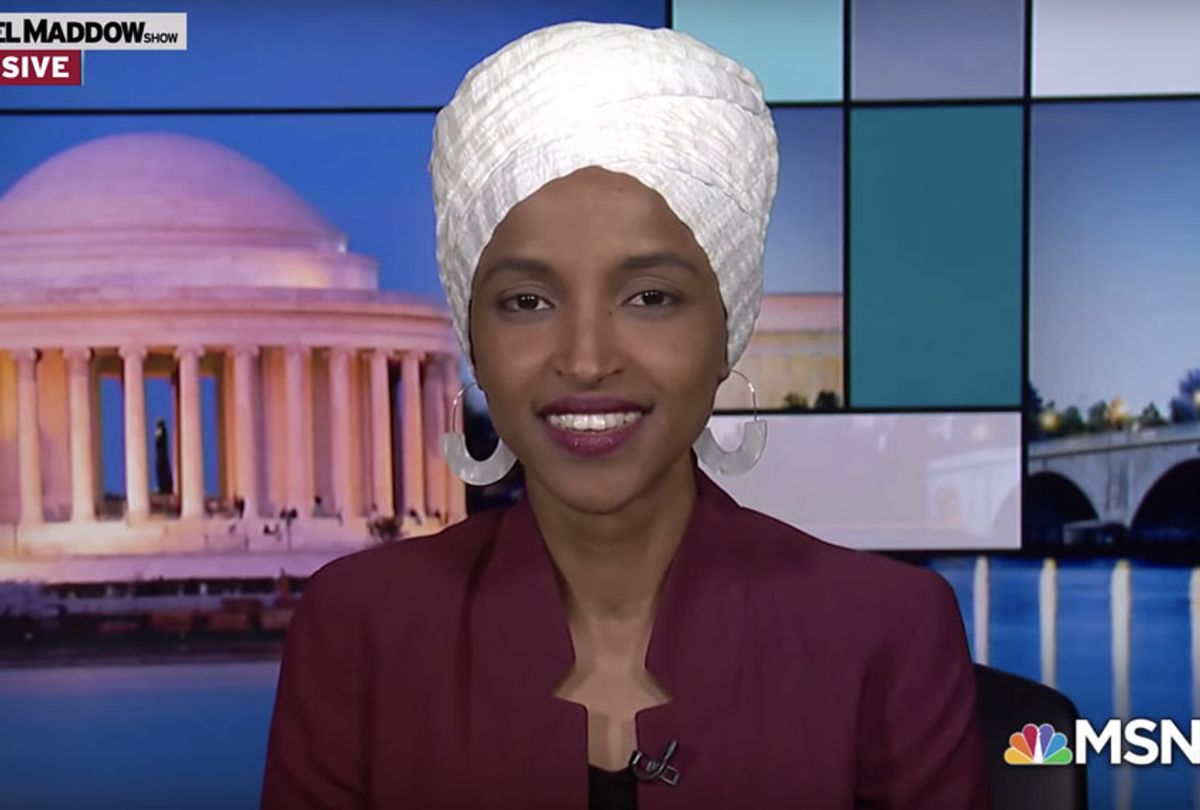 On Monday, right-wing Twitter personalities misleadingly paraphrased a speech from Rep. Ilhan Omar (D-MN) calling to "dismantl[e] the whole system of oppression wherever we may find it," claiming that she was instead calling to dismantle America's "economy and political system" — a phrase she had used earlier in the speech.

One person to pick it up was Donald Trump Jr., who then proceeded to tie Omar to former Vice President Joe Biden.

Does @joebiden agree with his supporter @ilhanmn that we need to dismantle the United States economy and political system? https://t.co/lxRZftJjNt

However, Omar promptly clapped back at Trump Jr. for twisting her words.

Does our education system know it has failed you?

Your level of comprehension is such an embarrassment to our country, maybe someone can offer you free English classes. https://t.co/OzRDEK9jKb

Omar, the first Somali-American woman to serve in Congress, has been a frequent target for the GOP because of her unapologetically left-wing views and her criticism of Israeli military policy.