"For Indians in Oklahoma, we'll be talking about today for decades," said Cherokee writer Rebecca Nagle 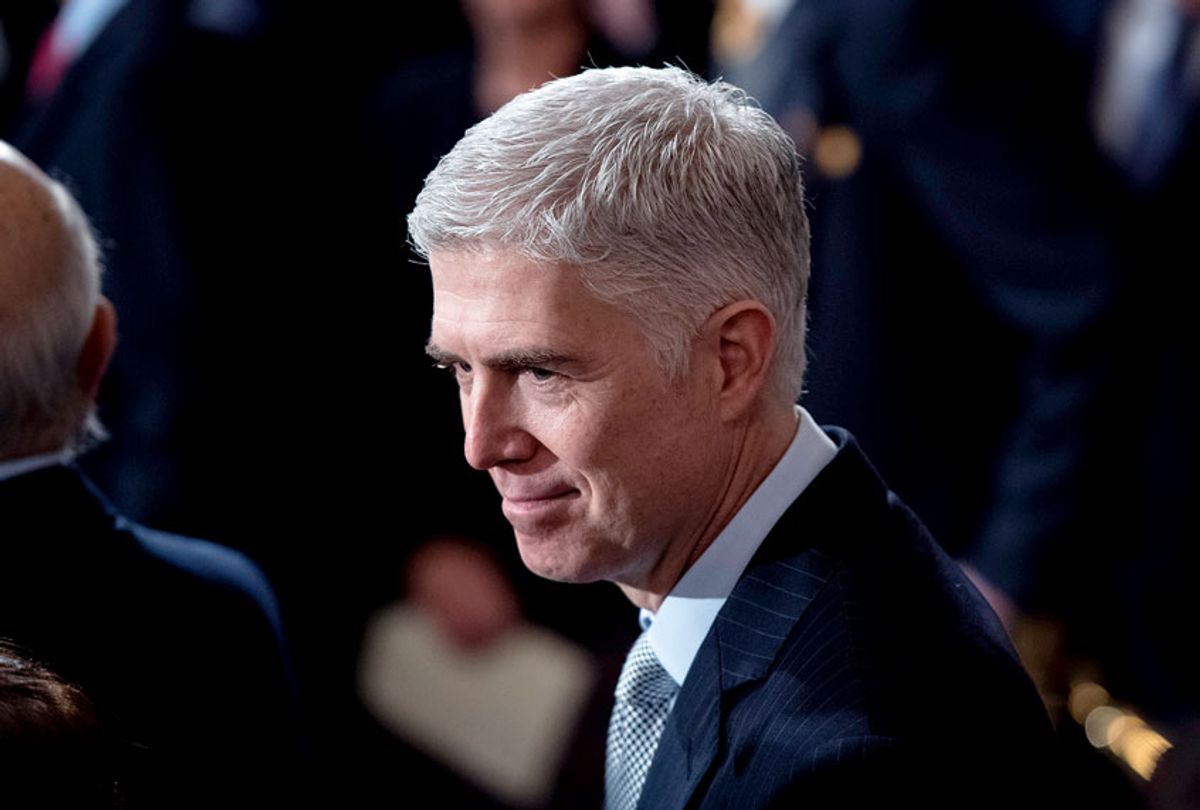 Indigenous leaders on Thursday hailed the U.S. Supreme Court's decision in McGirt vs. Oklahoma as a victory for tribal sovereignty for affirming that the U.S. government's treaty with the Muscogee (Creek) Nation must still be recognized by Congress and that nearly half of what is known as the U.S. state of Oklahoma is actually Native American land.

In the 5-4 decision, Justice Neil Gorsuch sided with the liberal-leaning justices and wrote the majority opinion, ruling that since Congress has not stated otherwise, the land promised to tribes in the 19th century remains a reservation for the purposes of federal criminal law.

"On the far end of the Trail of Tears was a promise," Gorsuch wrote. "Forced to leave their ancestral homes in Georgia and Alabama, the Creek Nation received assurances that their new lands in the West would be secure forever...  Because Congress has not said otherwise, we hold the government to its word."

"This is amazing," Hill told the New York Times. "It's never too late to make things right."

Rebecca Nagle, a Cherokee writer based in Oklahoma, said that Native people in the state will "be talking about today for decades."

The decision to recognize nearly half of the state—home to 1.8 million people and including much of Tulsa—as Indian Country controlled by the Creek Nation as well as four other tribes came after the court heard a case pertaining to the state's criminal justice system.

Jimcy McGirt, a member of Seminole Nation, was convicted of sex crimes and is currently serving a 500-year prison sentence. McGirt argued that Congress never officially denied the Creek Nation sovereignty over the area where the crime took place and said the state had no right to prosecute him.

Following the court's ruling on Thursday, the federal government will have jurisdiction to prosecute crimes committed by tribal members in the half of Oklahoma now recognized as a reservation, but the state will not.

Oklahoma Attorney General Mike Hunter and the leaders of the Creek, Cherokee, Chickasaw, Choctaw, and Seminole nations issued a joint statement Thursday saying they were working on an agreement regarding taxation, zoning, public safety, and other regulations.

"Many folks are in tears," Jonodev Chaudhuri, ambassador for the Muscogee (Creek) Nation told Indian Country Today. "Despite a history of many broken promises, as is true with many tribal nations, the citizens feel uplifted that for once the United States is being held to its promises."

In the majority opinion, Gorsuch strongly disagreed with the other conservatives on the court, who said in their dissent that the ruling "profoundly destabilized the governance of eastern Oklahoma" and created "significant uncertainty for the State's continuing authority over any area that touches Indian affairs."

"Unlawful acts, performed long enough and with sufficient vigor, are never enough to amend the law," Gorsuch wrote in the opinion. "To hold otherwise would be to elevate the most brazen and longstanding injustices over the law, both rewarding wrong and failing those in the right."

John Echohawk, a Pawnee member and executive director of the Native American Rights Fund, congratulated the Creek Nation on its victory.

"In holding the federal government to its treaty obligations, the U.S. Supreme Court put to rest what never should have been at question," Echohawk told Indian Country Today.