Pandemic and prison: Shearod McFarland, incarcerated in Michigan, on what COVID-19 has changed 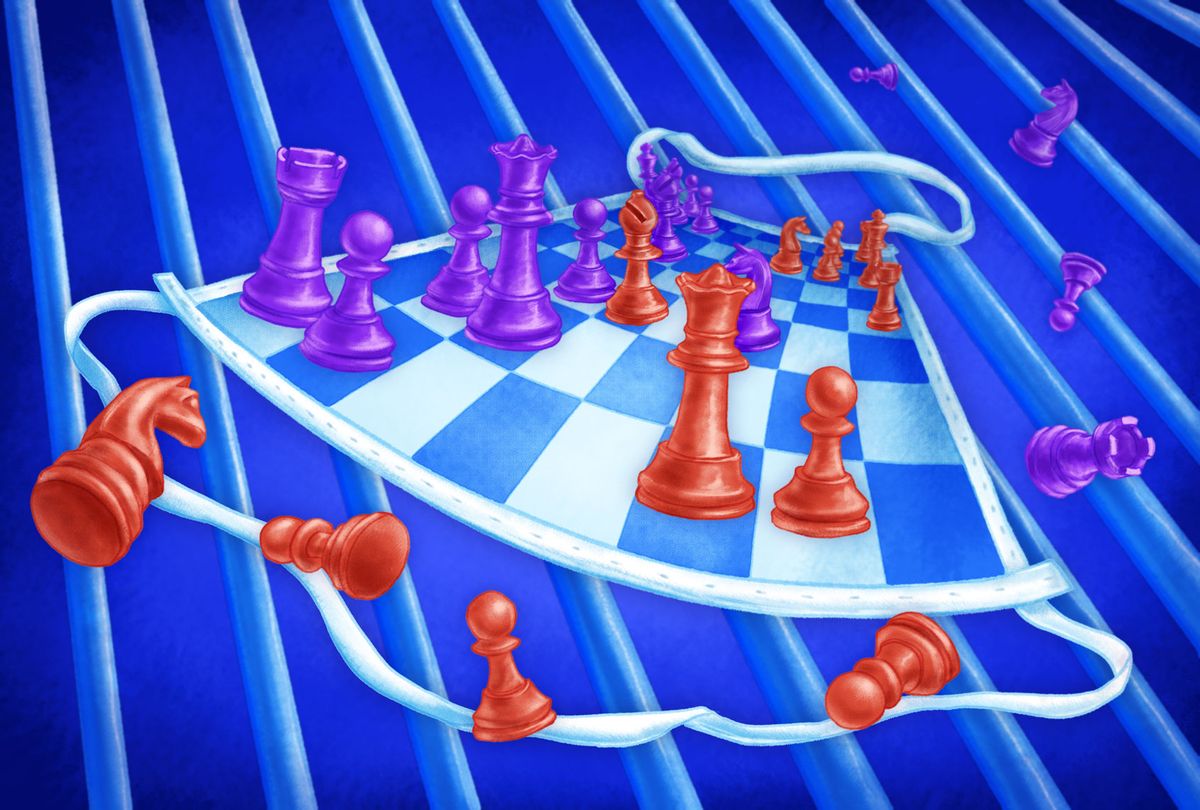 This is an excerpt in the "Unheard Voices of the Pandemic" series from Voice of Witness. Interview and editing by Mateo Hoke. Hoke is the coeditor of the Voice of Witness book "Six by Ten: Stories from Solitary.

Shearod McFarland was born and raised in Detroit. As a teenager, he was convicted of second-degree murder and a felony firearms charge and sentenced to 25 to 40 years in Michigan state prisons. Shearod has spent more than 30 years behind bars, with more than 11 of those years in solitary confinement.

Of the top 50 COVID-19 clusters in the United States, 33 are prisons or jails. With COVID-19 wreaking havoc in detention facilities throughout the United States, at the time of this writing in May, Michigan ranked second in the number of confirmed cases in state prisons and had the highest prison death toll of any state. Shearod communicated with us via the prison email system to describe what is currently happening at Parnall.

I'm incarcerated in Parnall Correctional Facility in Jackson, Michigan, where COVID-19 is sweeping through. My life and the lives of hundreds of other incarcerated men have changed dramatically since this pandemic began.

I started taking COVID-19 seriously when it really began spreading in New York. My fiancée lives in the Bronx, and the first cluster of cases in the state were in Westchester County, which is right outside the Bronx. I was fixated with the thought of her contracting the virus and had to fight off the sense of dread that I felt. Loss has been a constant in my life so it's always lurking in the back of my mind. I didn't want to experience another serious loss to this strange virus.

I heard about the first two confirmed cases of coronavirus at Parnall back in early March. Within weeks those two initial cases quickly turned into hundreds of infections. So far, Michigan prisons have over 1400 confirmed cases and more than 50 prisoner deaths. Parnall has had ten of those deaths, and counting.

It's very difficult to get an accurate picture of just how many men here have been infected because at the beginning of the crisis the department's response to the sick was to quarantine them in an empty cell by themselves. What kind of option is that? You get sick and basically have to be placed in solitary? Not an attractive prospect. So, unfortunately, many of the men decided that unless they became dangerously ill they would deal with the virus on their own, rather than seek medical help. The official number of infected here at Parnall is less than 200, but in reality the numbers are way higher than that. Maybe three to four times that figure.

This facility is nearly a hundred years old. It's a petri dish-like atmosphere, viruses spread incredibly fast. Two of the housing units here are built like a massive vertical zoo, just cage on top of cage. The other three units are open-air dorms that house nearly 400 prisoners each, in what is probably less space than a small warehouse. Prisoners sleep, eat, shower, and use the bathroom in these human warehouses. So social distancing is virtually impossible.

We live in eight-man cubicles, which are approximately 20 feet by 13 feet. Each dorm has two communal showers, 10 toilets, 10 urinals, and 18 sinks for every 192 men. There is also one "quiet room" and one TV room, which are both just a little bigger than the cubicles. So the spread of a highly contagious disease like COVID-19 is inevitable if it gets into the prison.

Living under such conditions is already a high-stress situation (which probably negatively affects your immune system), but having to face the threat of a deadly pandemic ups the ante by ten. I'm not ashamed to say that the fear of death by coronavirus has crossed my mind many times. I'm in my fifties, I have asthma, and I've been in prison nearly 33 years straight—making me one of the more "at risk." Some of the other men here are also quite vocal regarding their fears of the virus. But what can we do?

I personally know some of the men who have died from COVID-19. One was Garrison, who had been in prison for 44 years, since he was 16 years old. He was also just a few months from finally going home. After I heard about his death I felt horrible! I had to grieve for the man. To know that he'd spent over four decades in prison—from childhood to adulthood—only to die from this virus right when he was about to be released. It seems so tragic and unfair.

Parnall is a level-one (minimum security) facility, which generally means that the roughly 2000 men housed here get a lot of time for educational programming and recreation. But COVID-19 somehow entered the prison and changed all that. Now Parnall is like a segregated and abandoned ghost town.

Usually there's a lot of interaction here among the prisoner population. Social interaction is a huge part of prison life. It's how we break the monotony of incarceration. We study together, work out together, have spirited conversations, play basketball, cards, and board games like chess and checkers. But Parnall quickly became one of the epicenters of the outbreak in the Michigan Department of Corrections, and since then, all activities have ceased.

So on top of the typical soul-numbing boredom, the coronavirus has stripped us down to having even less to do. Currently, Michigan prisons have no main recreation yard or extracurricular activities like gym or weight pit. There are no visits, no educational programs running, no religious services, and no table games of any kind. All of these measures are understandable but difficult nonetheless.

Now a typical day for me has been mostly staying inside reading, talking on the telephone, and watching television. I'm an outdoorsy type, but in an attempt to control the spread of the virus within the population, the institution has separated the housing units and shut down the main recreation yard.

I'm someone who takes my mental and physical health very seriously. But now, being confined to an even smaller space than usual, I've found it impossible to get into a regular workout routine. I mean, I've been doing pushups, sit-ups, pullups, and the like, but it's hard. And ironic too. Because now since there is no main yard, a much larger group of men are forced into a much smaller area. Which means a crowd of people all trying to work out at once indoors. Annoying. Working out is my main way of relieving stress, and being so sedentary is having an effect on me. I'm eating more and gaining weight. Ugh! I hate it.

Also, wearing these face masks has become an issue. The department gave us the masks probably a month too late and now they're becoming a point of contention between prisoners and some officers. It's something else to harass us about. I mean, yes, I understand the necessity, but some staff are forcing us to wear them even when we're sitting all alone, with nobody within ten feet of us, or when we're working out.

I don't think that the state government has given the crisis in the prison system anywhere near what decency would require, but I can say that regardless of the value that society puts on our lives, we have been sources of support and assistance to each other. And that in itself is evidence of the rich human potential that lies behind the walls of prisons all over America.