The case for firefighting goats

Goats can eat overgrown land, reducing the probability of fires. But their introduction has stoked controversy 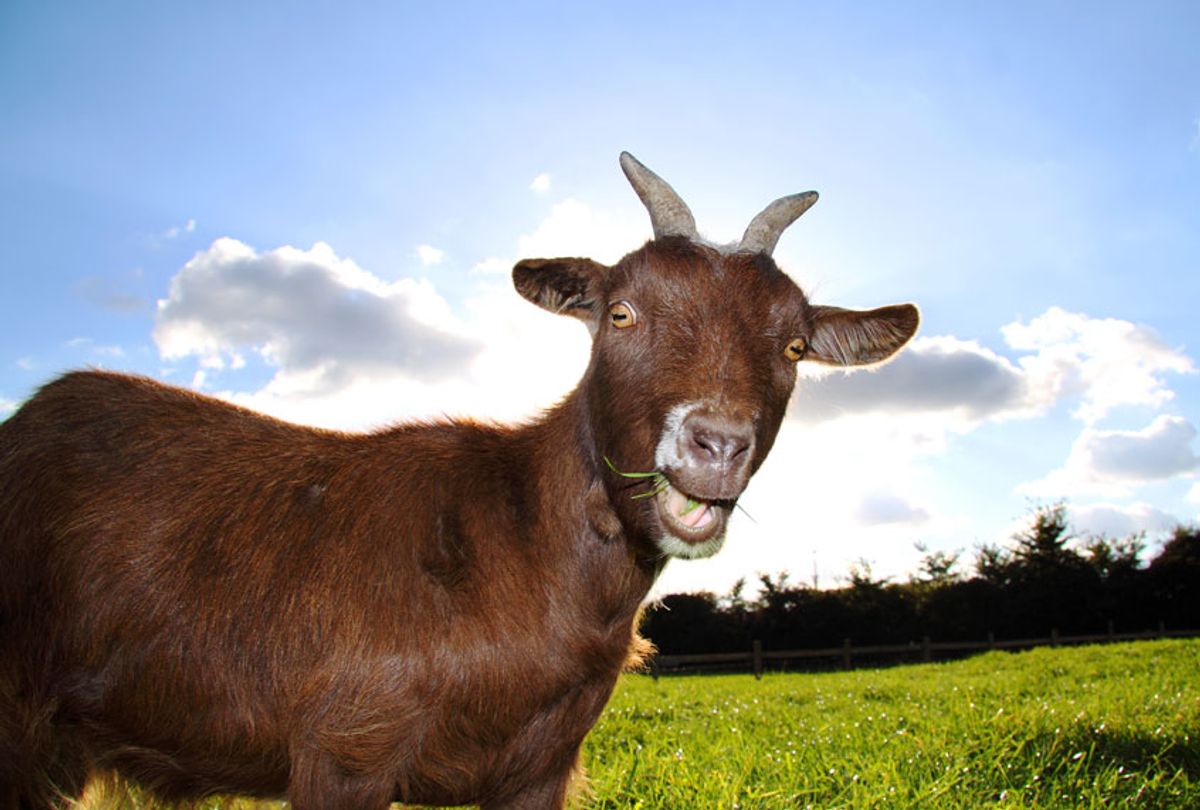 Goats have lived among humans for thousands of years, to the extent that our civilization owes a great debt to them. Indeed, goats are more like us than one might think: incredibly inquisitive, intelligent, and social, as well as the most adaptable and geographically widespread livestock species. When humans began domesticating goats (Capra hircus) in the Middle East's Fertile Crescent 10,000 to 12,000 years ago, they made a huge lifestyle change. They switched from being hunter-gathers to being tillers of the soil and herders of animals. When the first farmers moved into Europe about 7,500 years ago, goats came with them, helping to revolutionize society. This was one of the most fundamental changes in our history and goats were there to lend four helping feet. In short, the Neolithic revolution owes some credit to goats.

For thousands of years goats – one of our first domesticates — have been a source of milk, cheese and meat for food. Their skin and hair has been used for clothing, water carriers and parchment. They have also served as images for religion, mythology and folklore. Now, as climate change continues to raise temperatures globally, heralding in more droughts and increasingly intense forest fires leading to economic and ecological devastation, goats may have acquired another even more important role.

For decades on the west coast of America, they have been one of the go-to vegetation management tools for proactively fighting fires in the 21st century.

Oakland and Berkeley residents still remember the bleak and blackened moonscapes of the 1991 sweeping fires that jumped an eight-lane freeway, killed 25 people, injured over 150 people, destroyed nearly 3,500 homes, consumed over 1,500 acres and cost $2.2 billion in damages. Since then many private residents and large outfits such as the San Francisco International Airport, the Pacific Gas and Electric Company, the Contra Costa Water District, Google and UC Berkeley have all called in the local fire prevention squad: an economic, environmentally friendly, non-pesticide, non-gas guzzling weed and scrub management team of sure-footed goats, shepherds and alert border collies. Even the City of Oakland Fire Department uses goat-grazing to provide firebreaks in order to reduce the speed with which a fire "can travel horizontally and threaten nearby structures and private property."

Proven to be more cost efficient, less toxic and less polluting than other fire-fighting solutions such as pesticides and mechanical equipment, a 170-strong herd can clear out 2,000 pounds of brush in one day. Areas considered impossible to reach by human or mechanical hands are completely cleared by goats with their prehensile upper lips and tongues. Their unique mouth architecture permits them to graze and browse on vegetation not normally eaten by other domestic livestock.

And of course, the Bay Area residents are treated to bucolic scenes of antic-prone goats grazing through overgrown land, climbing trees, and butting one another with only an occasional bleat to disturb — or enhance — the environment.

Goat-grazing as a form of control to create fuel breaks and prevent deadly fires is not unique to the Bay Area or even the state of California.  Proactive, beneficial efforts to reduce the threat and devastating effects of wildfires through goat-grazing are being used across the states and around the globe.

The positives of this form of fire-prevention are clear. Unfortunately, the potential negatives are also clear. Like us, goats are capable of and often responsible for environmental damage.

Overgrazing by feral goats can lead to ecosystem degradation and loss of biodiversity. These agile creatures – often thought of as mobile garbage cans or more accurately mixed-feeding opportunists — have been known to reduce or eliminate entire populations of native plants and facilitate soil erosion leading to both the elimination of topsoil and the establishment of invasive plants.

Dan Gluesenkamp, the Executive Director of the California Native Plant Society and founder of the California Invasive Plant Council, believes that "goats can do very significant harm to the natural vegetation.  They can be useful for clearing biomass to reduce fire risk for a single season, but that is at the expense of natural biodiversity and higher fire risk in future years."

In Hawaii browsing and trampling feral goats have promoted the invasion of alien plants, threatened endangered indigenous plant species, degraded habitats and increased erosion. Elon Gilbert, an agricultural development authority, asserts that goats can create havoc and devastation if they are not properly controlled. He has seen the "great damage they cause in Hawaii where domestic animals became feral and have seriously upset fragile ecosystems in the highland areas."

It is not just islands that are at risk. The list of places around the world damaged by goat overgrazing grows longer and longer each year.

There is no doubt that if employed improperly, goats can consume the bark of some tree species, effectively killing the trees by girdling, damage ecosystems and harm vulnerable plants and animals.  Furthermore, they can destroy more varieties of vegetation than cattle or sheep under conditions of mismanagement that cause severe range deterioration. In these last two sentences it should be noted that the operative words here are employed improperly and mismanagement. It would appear that it is often, perhaps even mostly, the improper containment and control and mismanagement of goats, rather than their mere presence, that results in environmental devastation.

Just as overgrazing can create its own list of problems and is clearly an environmental problem, ungrazed and undergrazed lands can be invaded by fire-risk woody species, which could result in devastating wildfires. Therefore, a balance needs to be found.

Because of the long list of negatives, before attempting any goat-clearance project, native plant cycles, ground-nesting birds' reproductive patterns, and endangered habitats need to be thoroughly researched and taken into consideration. Goat teams need to work with land managers to achieve an appropriate level of vegetation removal that will reduce fire damage without causing erosion or biodiversity loss.

Taking into account what is known about goat-created devastation, in order to mitigate ecological catastrophes, the goats need containment and close supervision.  Team owners need to safeguard protected plants and areas with portable fences. When securely contained by electric solar-powered fences and supervised by knowledgeable shepherds and hard-working border collies, sure-footed goats could be an environmental asset.

Today with fire prevention becoming a main management issue and forest fires running out of control and blackening landscapes it might be time to seriously look into more research on and then perhaps greater investment in professionally controlled and contained goat-power to prevent the loss of life and property.

And in the future who knows? Perhaps these fire-prevention goat herds might – just might — re-create the ancient mythological image of Amalthea, sometimes said to be Zeus's she-goat wet nurse on Mount Ida, a symbol of protection and preserver of abundance and plenty – as long as they are properly managed, contained and controlled.

A previous version of this piece appeared in Geographical.