Like humans, beluga whales have vast circles of friends numbering in the hundreds or even thousands 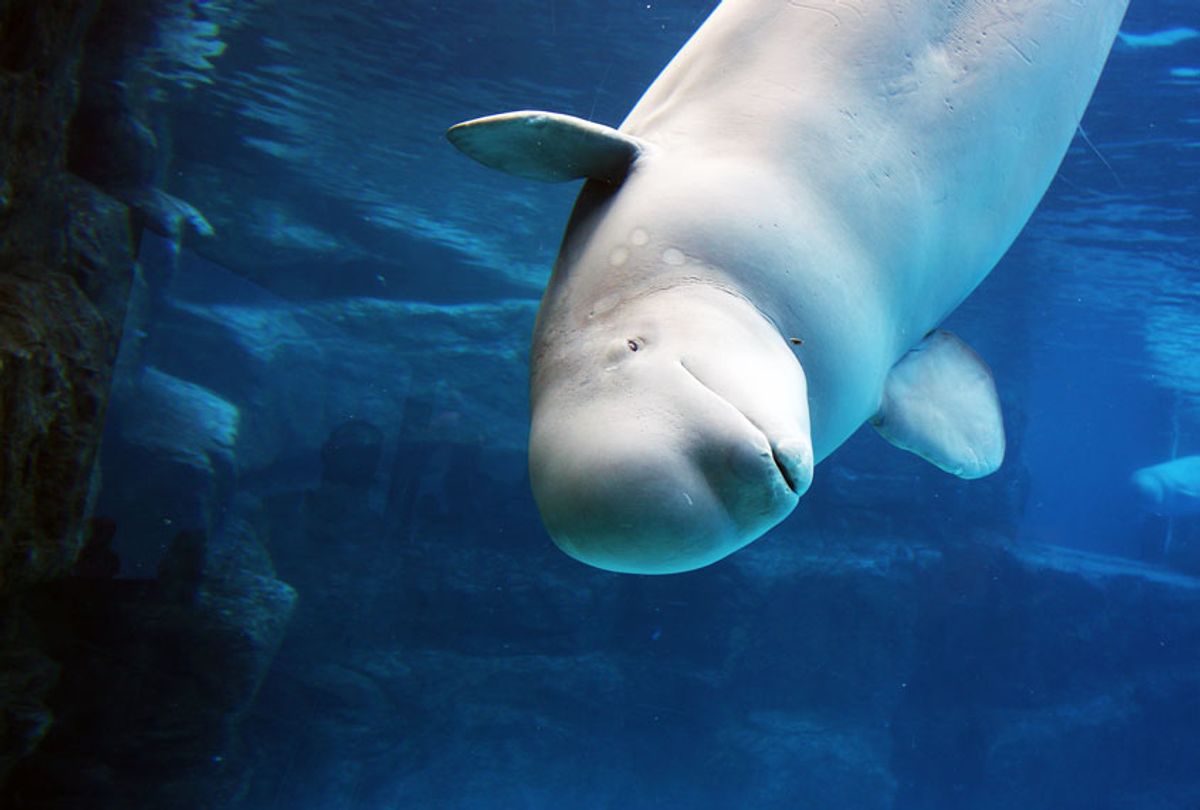 A new study reveals that beluga whales have complex societies that include vast circles of hundreds of friends.

Published in Scientific Reports, the study utilized field research and molecular genetic techniques to better understand beluga whales' complex social structures. The scientists looked at beluga whale groups from 10 locations all across the world, including the Arctic, Alaska, Canada, Norway and Russia.

Led by researchers at Florida Atlantic University's Harbor Branch Oceanographic Institute, they concluded that beluga whales form complex, multi-scale societies, ranging from mother-calf dyads to large communities; moreover, one component of those social structures is the ability to form friendships with strangers from outside of their familial circle. These include specific cultures, tendencies toward cooperation and sophisticated social networks and support structures.

Notably, the scientists also found that beluga whales can forge long-term relationships with other beluga whales even if they are not biologically related to them.

"Close [beluga] relatives did not always associate in a group, but the fact that they could be in another group close by was supported by field observations where individually recognized whales were observed moving between groups, and even group types, over a few days, and in some cases a few hours," the authors wrote. "By contrast, unrelated whales can spend long periods of time and cover considerable distances together, and sometimes split up only to come back together."

In an interview with Science Daily, Greg O'Corry-Crowe, Ph.D., the lead author of the study, said that "this research will improve our understanding of why some species are social, how individuals learn from group members and how animal cultures emerge. It also has implications for traditional explanations based on matrilineal care for a very rare life-history trait in nature, menopause, which has only been documented in a handful of mammals, including beluga whales and humans."

He later added, "Unlike killer and pilot whales, and like some human societies, beluga whales don't solely or even primarily interact and associate with close kin. Across a wide variety of habitats and among both migratory and resident populations, they form communities of individuals of all ages and both sexes that regularly number in the hundreds and possibly the thousands."

As the study explains, this is part of a much larger phenomenon involving the complexity of beluga whale societies.

"We propose that beluga whales, across a wide variety of habitats and among both migratory and resident populations, form communities of individuals of all ages and both sexes that regularly number in the hundreds and possibly the thousands," the authors wrote. "Beluga whales may form a wide variety of social groupings within these communities, dependent on immediate social and ecological contexts, that may include seasonal sexual segregation. At larger spatiotemporal scales there is strong philopatry or fidelity by both sexes to these mixed-age and—sex communities."

Belugas are known for being exceptionally friendly whales. Last year, researchers documented a rare case of "interspecies adoption" when a group of belugas "adopted" a narwhal.

This is not the first time that research has emerged showing that whales have complex societies and perhaps even cultures. In October, Felicia Vachon, a PhD candidate in the Dalhousie University's Department of Biology, wrote in The Conversation that "beyond primates, the animal group for which we have the most evidence of culture are the cetaceans (whales and dolphins)."

She notes that sperm whales, specifically, have a lot of human-like traits. As she writes: "Like us, sperm whales have families, they have strong affiliations with a few individuals and they are extremely social. Such a social environment is the perfect substrate for culture."