"Abortion is an essential health service, and this law clearly violates the constitutional rights of patients" 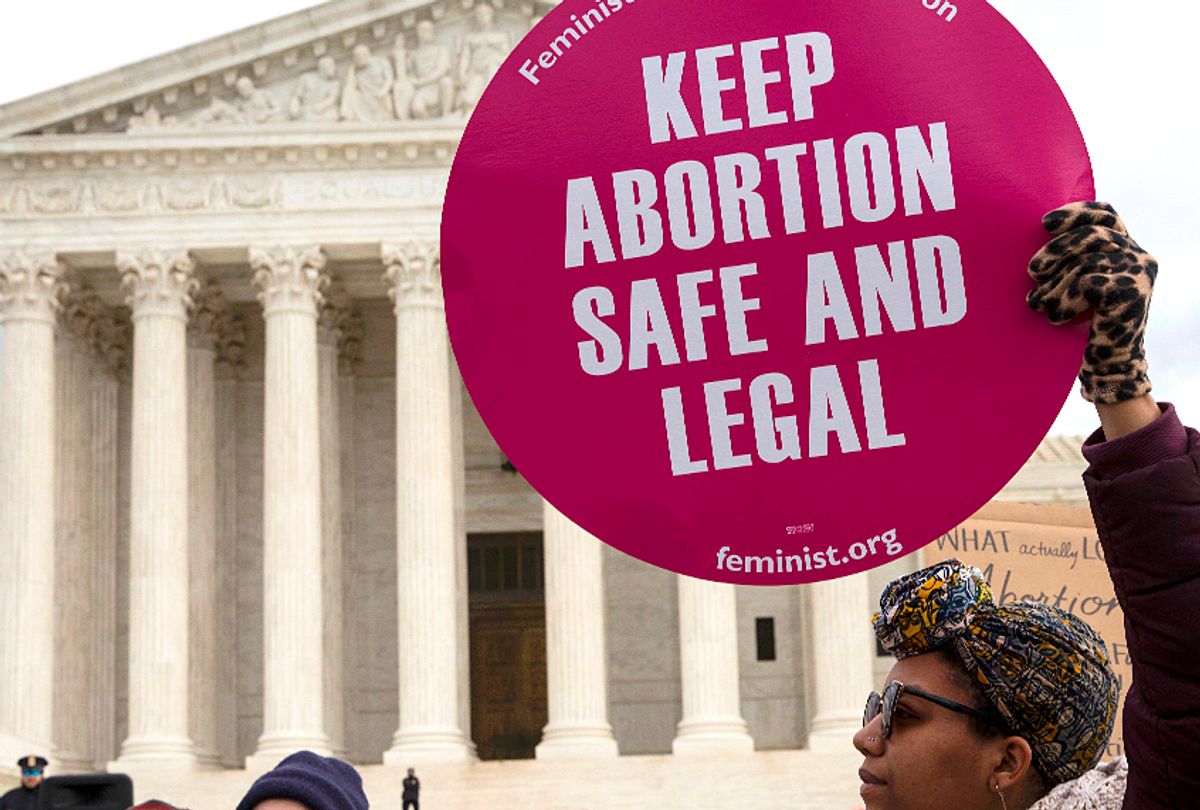 Reproductive rights advocates celebrated Monday after a federal judge blocked Tennessee's sweeping new restrictions on abortion within in an hour of Republican Gov. Bill Lee signing them into law.

"This is a critical win for people in Tennessee who will not lose access to their constitutional right to abortion," declared Anjali Dalal, senior staff attorney at the ACLU Reproductive Freedom Project. "But we cannot lose sight of the big picture: that it took a court order to stop these politicians from pursuing a ruthless anti-abortion agenda in the middle of a pandemic, passing a ban that would disproportionately harm Black and brown people."

"We would urge Tennessee's elected officials to abandon this destructive, shameful effort and return to the job they were hired for: serving their constituents," added Dalal.

The national and Tennessee arms of the ACLU, the Center for Reproductive Rights (CCR), and Planned Parenthood Federation of America (PPFA) had filed suit to block the law after it passed the state legislature in June.

PPFA president and CEO Alexis McGill Johnson said in the groups' joint statement on Monday that "today's ruling ensures that for now, people in Tennessee can continue accessing safe, legal abortion in their home state. But while we can enjoy a moment of relief today, we can't forget that legislators passed this dangerous abortion ban in the dead of night without any public input."

"While the country rises up against racism, it's important to recognize that these laws are inherently discriminatory," she continued, vowing PPFA will keep fighting such measures. "Abortion bans are part of a larger public healthcare system that targets people of color through barriers to care, and systemically erases their freedoms and bodily autonomy. Enough is enough. Banning abortion is illegal, full stop."

District Judge William L. Campbell on Monday granted (pdf) a restraining order to block the law while the challenge to it is before the court.

"Plaintiffs have demonstrated they will suffer immediate and irreparable injury, harm, loss, or damage if injunctive relief is not granted pending a preliminary injunction hearing," Campbell wrote. "The act will immediately impact patients seeking abortions and imposes criminal sanctions on abortion providers. The time-sensitive nature of the procedure also weighs in favor of injunctive relief pending a preliminary injunction hearing."

The Nashville-based Tennessean explained that in addition to prohibiting abortion after a fetal heartbeat can be detected—as early as six weeks—the law bans the procedure:

The law also makes it a Class C felony for a doctor to perform an abortion under any of those circumstances, the Tennessean noted. It requires doctors to determine and inform the patient of the gestational age of the fetus, allow the patient to hear the fetal heartbeat, conduct an ultrasound and display the images to the patient, and explain the location of the fetus as well its dimensions and visible body parts.

There are already several other state-level restrictions on abortion in Tennessee. According to the Guttmacher Institute, the state's restrictions include forcing patients to endure state-directed counseling and then wait 48 hours before an abortion is provided, and barring doctors from providing medication abortions via telemedicine. The procedure would also be banned statewide if Roe v. Wade were overturned.

Campbell's Monday order came as the United States remains the global hot spot for the coronavirus pandemic, with more than 3.3 million confirmed Covid-19 cases and 134,500 deaths nationwide. Some representatives for the rights groups challenging the constitutionality of Tennessee's currently blocked law put the measure and the judge's order in the context of the ongoing Covid-19 crisis.

CRR senior staff attorney Jessica Sklarsky charged that "it is unconscionable that—in the middle of a public health crisis and a national reckoning on systemic racism—lawmakers are focused on trying to eliminate access to abortion."

"Abortion is an essential health service, and this law clearly violates the constitutional rights of patients and disproportionately harms communities of color," Sklarsky said. "Tennessee should stop attacking reproductive healthcare and instead work to implement policies that will help marginalized communities. This law does the exact opposite."

ACLU of Tennessee executive director Hedy Weinberg agreed, saying that "especially in the midst of a global health crisis, lawmakers should realize that their continued attacks on access to abortion are particularly harmful to those struggling financially and those who already face significant barriers to healthcare—including people of color and people who live in rural areas."

More broadly, Weinberg added, "it's past time for the politicians in our state get the message that they cannot insert themselves in someone else's personal, private decision to end their pregnancy."

Lee was among the Republican governors who earlier this year tried to block access to abortion during the pandemic by declaring it a nonessential procedure, but his effort was thwarted by a ruling from the 6th Circuit Court of Appeals in late April—thanks to a lawsuit filed by the same advocacy groups challenging the state restrictions that were temporarily blocked Monday.