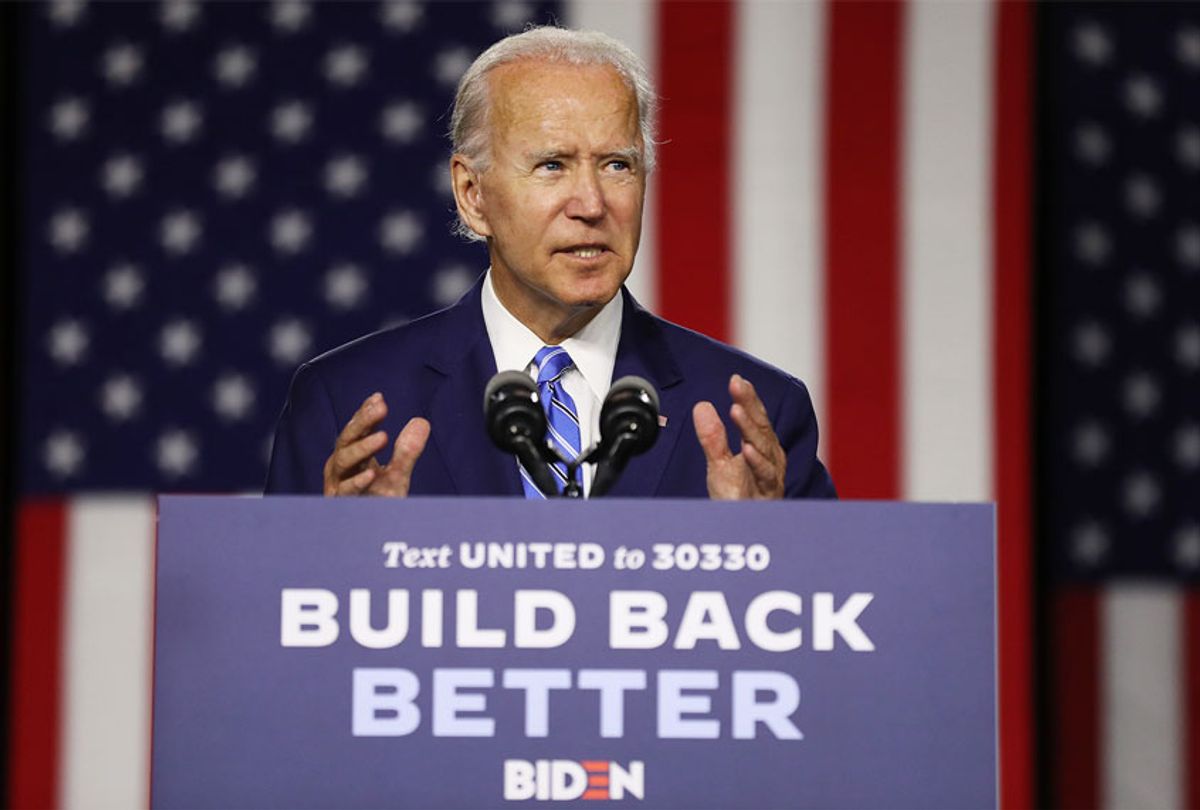 On Tuesday, Joe Biden embraced a 2035 phase out for fossil fuel power generation, committed his first administration to $2 trillion in climate solutions investments — triple the amount he had previously promised — and framed both with his strongest linkage yet of clean energy and a million new jobs: "When I think about climate change, the word I think of is 'jobs'."

Biden's striking expansion of his climate ambition came at the end of a little remarked but extraordinary six weeks signaling a global shift away from fossil fuels — with, admittedly, a few stubborn outliers, including the presidents of Brazil and the United States.

Here a calendar of some of these events. It's a staggering global shift, in the midst of the worst tragedy of my lifetime, and it's getting almost no attention, understandably. But the fact that it's happening in the face of the COVID-19 pandemic is frankly unreal.

May 28:  France bets its industrial future on the electric vehicle. President Emmanuel Macron announced he wants France to led the EV revolution, and puts $9 billion behind the bet.

June 4: Germany rejects pleas from its automakers to bail out gas-powered cars and doubles down an a clean energy future, offering a 6,000-euro subsidy for new EV's. Germany also announced that all petrol stations will have to provide EV charging.

June 17: Goldman Sachs says that renewable-energy spending will surpass oil and gas for the first time ever in 2021.

June 19: The European Union begins  formally negotiating the world's first major green stimulus recovery plan, 750 billion euros worth, with one-fourth of that dedicated to the bloc's climate goals. What stands out from the process which led to this was that rather than the EU's structural weaknesses impeding climate ambition, climate ambition was used to overcome barriers to structural reform. In other words, Europe is being redesigned for climate progress, rather than trying to force climate progress to fit to the existing European structure.

June 25: California adopted a new rule requiring zero-emission trucks to replace half of all new truck sales by 2035.

June 26: India's Central Electricity Agency estimated that the country's electrical capacity would rise to 64% zero-carbon by 2030.

June 28: China agrees to provide capital subsidies to produce 26 gigawatts of solar power, a 13% increase over the previous year.

June 30: Europe announces it's ready to distribute the first 1 billion euros to clean energy from its green stimulus package. Germany now gets more than half its electricity from renewables. China's CNPC targets a 50% slash in methane emission intensity by 2025.

July 5: Federal courts issues rulings that block completion of the Keystone XL Pipeline and require shutting down and emptying the Dakota Access Pipeline.

July 6: Britain's chancellor of the exchequer announced a $4 billion investment in green recovery.

July 9: In response to pressure from investors, Brazil announced it would ban setting fires in the Amazon for 120 days.

July 11: Dedicating the world's largest solar project, the 750-megawatt Rewa project in the state of Madhya Pradesh, Indian Prime Minister Narendra Modi proclaims solar energy at the heart of India's newly launched national top priority: self-reliance in response to the pandemic and border clashes with China. Modi proclaimed solar as "sure, pure and secure," and highlighted India's new BNEF ranking as the most attractive investment destination for renewable energy.

July 14: Fifteen states and the District of Columbia join forces to accelerate bus and truck electrification, signing up to California's rapid decarbonization of heavy duty diesel initiative, itself only three weeks old.

July 15: Biden's former progressive foes embrace his newly emboldened climate platform, including Washington Gov. Jay Inslee, who called it "visionary." Biden also specified that to pay for his overfall infrastructure commitments, including climate, he would reverse parts of Trump's corporate tax reductions, raising the rate from 21% to 28%.

Biden's announcement is not a stand-alone campaign promise — even though he may have launched it as such. It is the culmination of a series of commitments by every one of the world's biggest climate polluters to take much more drastic steps than they committed to in Paris in 2015. None of these, it is true, are yet formally embodied as UN "nationally determined contributions," and Biden has an election to win before his pledges become U.S. policy and something the world can look forward to.

But whether political leaders are yet ready to officially put a low-carbon future on the UN agenda, the world is moving, and perhaps faster than ever before. Is it fast enough? Not yet. But it's a strong signal that the pandemic hit the world after the turning point we have long awaited arrived — carbon emissions are now headed down. And the pandemic is not slowing that trajectory down, at least not yet.