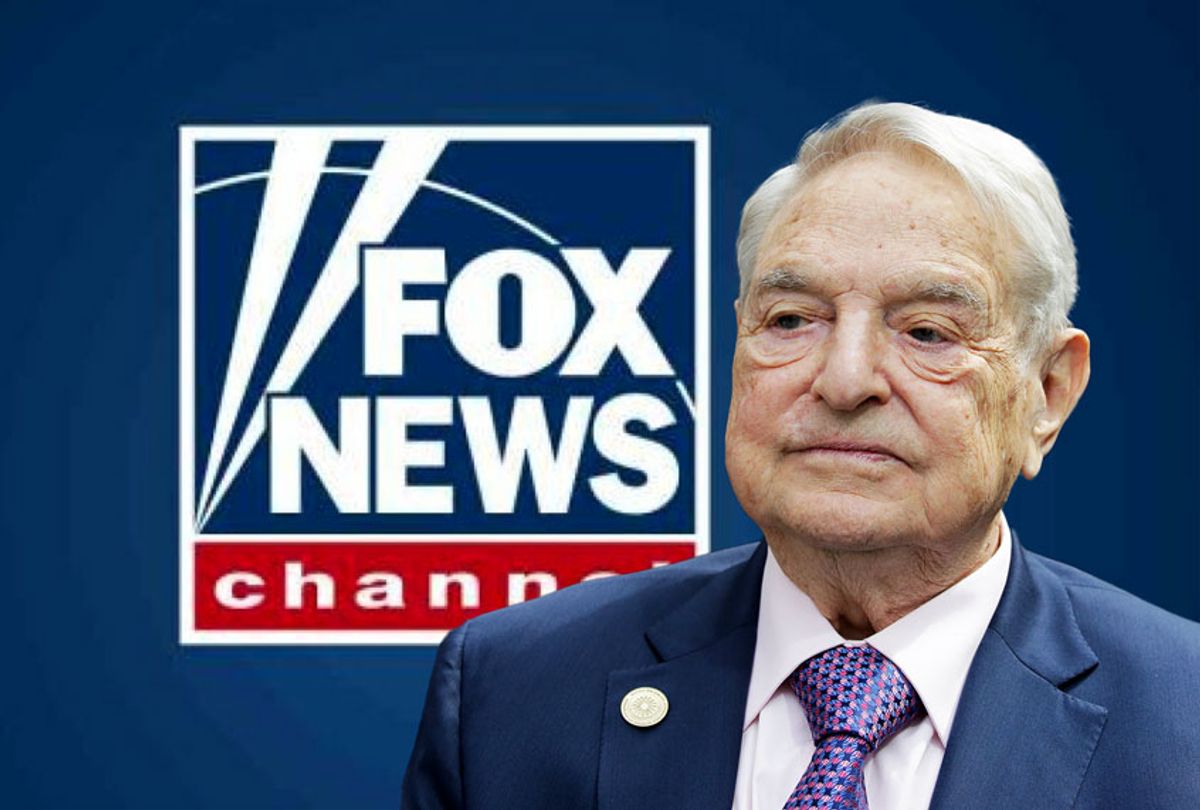 When future scholars write the history of the administration of Donald Trump, he may end up being called — among many other things — the conspiracy theorist president. Trump famously began his ascent to power with the false and racist "birther" claim that Barack Obama was not really an American.

Trump and his followers have also legitimized bizarre conspiracy theories against Hungarian American financier and philanthropist George Soros. It now appears continued attacks toward Soros will be a part of the president's re-election campaign.

Soros has been a punching bag for authoritarians, anti-Semites and conspiracy theorists around the world since 1992, when he became famous as "The Man Who Broke the Bank of England" by making more than US$1 billion by "shorting" the British pound.

Born in Budapest in 1930, Soros barely survived the destruction of European Jewry by the Nazis. Living in New York City since 1956, he has combined a long career as a successful capitalist while doing philanthropy under the banner of his Open Society Foundations.

Attacks on Soros have circulated on the margins of mainstream politics for years, tinged with anti-Semitism and fuelled by half-truths and outright lies. Russia has always been at the heart of anti-Soros propaganda, and it's now joined by China in promoting attacks, distortions and lies. Over the last few years, these conspiracies have entered mainstream debate in Hungary, Poland, Brazil and the United States.

The Trump movement attempted to scapegoat Soros as part of its Make America Great Again rhetoric. Trump supporters accused Soros, among other things, of supporting the caravan of migrants attempting to enter the United States from Central America, being behind the attacks on Brett Kavanaugh during his Supreme Court nomination (a falsehood Trump himself tweeted about) and promoting an elitist globalist agenda that undermined American jobs and culture.

The very rude elevator screamers are paid professionals only looking to make Senators look bad. Don't fall for it! Also, look at all of the professionally made identical signs. Paid for by Soros and others. These are not signs made in the basement from love! #Troublemakers

Most incredibly, in recent weeks Soros has been accused of paying Black Lives Matter protesters who demonstrated across the United States after the police killing of George Floyd.

Trump has major liabilities in his quest for re-election: his incompetent handling of the coronavirus pandemic, his polarizing opposition to protesters after the Floyd killing and the decline of the U.S. economy since the outbreak of COVID-19. Loss of support among suburban white women, members of the military elite and moderate Republicans are now a threat to his electoral prospects.

Attacking Soros part of the plan

Soros is a perfect foil to try to convince people that Trump stands for the average American. What better scapegoat than a wealthy, uber-liberal currency speculator who helped fund Obama and Hillary Clinton, supports abortion, gay and trans rights and gives generously to the electoral campaigns of liberal public defenders and prosecutors? In Trumpist rhetoric, Soros is soft on crime and promotes the values of cultural liberalism and global elites over the average American.

Soros's history of supporting Palestinian rights and calling for a negotiated peace settlement created an opportunity for the White House to exploit. Rhetoric about big finance linked to a "globalist" Jewish philanthropist understandably concerns Jewish voters and others opposed to anti-Semitism, but anti-Soros rhetoric can unify evangelical Christian Zionists, pro-Israel Republicans, interventionist neo-conservatives and far-right extremists.

Hi Candace, Mr. Soros and the Open Society Foundations oppose all violence and do not pay people to protest.

We lament the effort, through baseless allegations, to distract from the crisis of police brutality in Minneapolis and in too many other parts of the country.

The core of the Trumpist scapegoating of Soros is an attempt to blame Soros for the Black Lives Matter protests and calls for defunding the police. The lie that Soros is paying for the protests that have swept through the United States and is promoting riots is deeply corrosive to American democracy.

Conspiracy theories work best when lies, exaggerations and paranoia are linked to real things in the world that can be distorted by spin. Soros's recent pledge of US$220 million to support civil rights and racial equality groups like Black Voters Matter will add fuel to extremist fire.

Fox News host Tucker Carlson will play a major role in all this. During a recent segment on his show, former Missouri governor Eric Greitens attempted to link Soros to anti-police violence and made reference to a "George Soros-funded prosecutor" involved in the case of the couple in St. Louis who stood in front of their house with guns while anti-racism protesters marched on their street.

None of this is likely to save Trump from going down to an electoral defeat in November. While there are legitimate criticisms to be made of the role of billionaires like Soros in politics and economic life, the divisiveness of anti-Soros paranoia will take years to repair.