Since the 1980s, profit-sharing has almost disappeared from large corporations 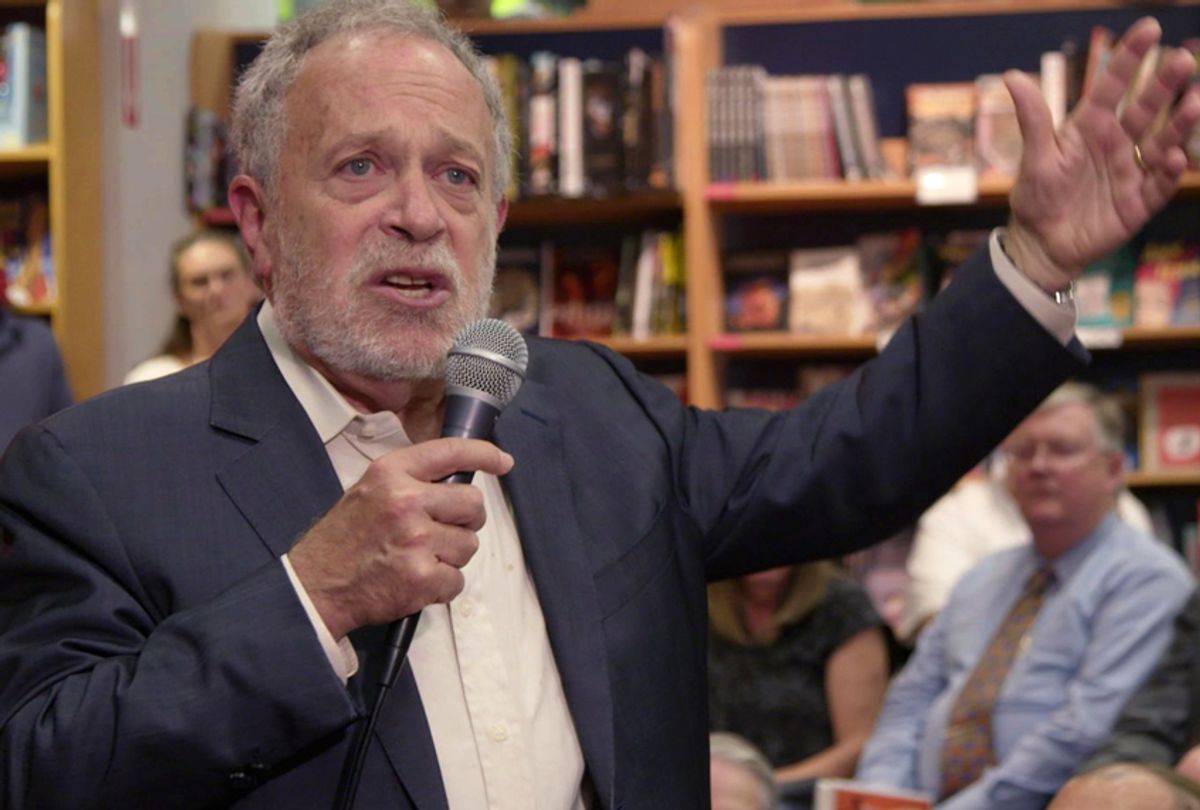 After the bruising crises we're now going through, it would be wonderful if we could somehow emerge a fairer nation. One possibility is to revive an old idea: sharing the profits.

The original idea for businesses to share profits with workers emerged from the tumultuous period when America shifted from farm to factory. In December 1916, the Bureau of Labor Statistics issued a report on profit-sharing, suggesting it as a way to reduce the "frequent and often violent disputes" between employers and workers, thereby "fostering the development of a larger spirit of harmony and cooperation, and resulting, incidentally, in greater efficiency and larger gains."

That same year, Sears, Roebuck and Co., one of America's largest corporations, with 30,000 to 40,000 employees, announced a major experiment in profit-sharing. The company would contribute 5 percent of net earnings, without deduction of dividends to shareholders, into a profit-sharing fund. (Eventually the company earmarked 10 percent of pretax earnings for the plan.) Employees who wished to participate would contribute 5 percent of their salaries. All would be invested in shares of Sears stock. The plan's purpose, according to The New York Times, was to "to engender loyalty and harmony between employer and employee." In reviewing its first three years, The Times noted that 92 percent of Sears's employees had joined up and that "the participating employee not only found an ever-increasing sum of money to his credit, but eventually discovered he was a shareholder in the corporation, with a steadily growing amount of stock to his name."

Sears's plan was admirably egalitarian. Distributions of shares were based on years of service, not rank, and the longest-serving workers received nearly $3 for every dollar they contributed. By the 1950s, Sears workers owned a quarter of the company. By 1968, the typical Sears salesman could retire with a nest egg worth well over $1 million in today's dollars. Other companies that joined the profit-sharing movement included Procter & Gamble, Pillsbury, Kodak, S.C. Johnson, Hallmark Cards and U.S. Steel — some because it seemed morally right, others because it seemed a means to higher productivity.

Profit-sharing did give workers an incentive to be more productive. It also reduced the need for layoffs during recessions, because payroll costs dropped as profits did. But it subjected workers to the risk that when profits were down, their paychecks would shrink. And if a company went bankrupt, they'd lose all their investments in it. (Sears phased out its profit-sharing plan in the 1970s and filed for bankruptcy protection in 2018.) The best profit-sharing plans came in the form of cash bonuses that employees could invest however they wished, on top of predictable base wages.

Profit-sharing fit perfectly with the evolution of the American corporation. By the 1950s, most employees of large companies had spent their entire working lives with the company. Companies and their employees were rooted in the same communities. C.E.O.s typically worked their way up, and once at the top rarely earned more than 20 times the average wage of their employees (now they're often paid more than 300 times more). Over a third of private-sector workers were unionized. In 1958 the United Auto Workers demanded that the nation's automakers share their profits with their workers.

Some remnants of profit-sharing remain today. Both Steelcase Inc., an office-furniture maker in Grand Rapids, Mich., and the Lincoln Electric Company, a Cleveland-based manufacturer of welding equipment, tie major portions of annual wages to profits. Publix Super Markets, which operates in the Southeast, and W.L. Gore, the maker of Gore-Tex, are owned by employee stock ownership plans. America still harbors small worker cooperatives owned and operated by their employees, such as the Cheese Board Collective in my hometown Berkeley, Calif.

But since the 1980s, profit-sharing has almost disappeared from large corporations. That's largely because of a change in the American corporation that began with a wave of hostile takeovers and corporate restructurings in the 1980s. Raiders like Carl Icahn, Ivan Boesky and Michael Milken targeted companies they thought could deliver higher returns if their costs were cut. Since payrolls were the highest cost, raiders set about firing workers, cutting pay, automating as many jobs as possible, fighting unions, moving jobs to states with lower labor costs and outsourcing jobs abroad. To prevent being taken over, C.E.O.s began doing the same.

This marked the end of most profit-sharing with workers. Paradoxically, it was the beginning of profit-sharing with top executives and "talent." Big Wall Street banks, hedge funds and private-equity funds began doling out bonuses, stock and stock options to lure and keep the people they wanted. They were soon followed by high-tech companies, movie studios and start-ups of all kinds.

Even before tens of millions of Americans lost their jobs and incomes in the current pandemic, the pay of the typical worker had barely risen since the mid-1970s, adjusted for inflation. Meanwhile, ever-greater wealth continues to concentrate at the very top.

Since 2000, the portion of total national income going to American workers has dropped farther than in other rich nations. A steadily larger portion has gone into corporate profits, which have been reflected in higher share prices. But a buoyant stock market doesn't help most Americans. The richest 1 percent now own half the value of all shares of stock; the richest 10 percent, 92 percent.

Those higher share prices have come out of the pockets of workers. Daniel Greenwald at M.I.T.'s Sloan School of Management, Martin Lettau at the University of California's Haas School of Business and Sydney Ludvigson at N.Y.U. foundthat from 1952 to 1988, economic growth accounted for all the rise in stock values, but from 1989 to 2017, growth accounted for just 24 percent. Most came from "reallocated rents to shareholders and away from labor compensation" — that is, from workers.

Jeff Bezos, who now owns 11.1 percent of Amazon's shares of stock, is worth $165 billion overall. Other top Amazon executives hold hundreds of millions of dollars of Amazon shares. But most of Amazon's employees, including warehouse workers, don't share in the same bounty.

If Amazon's 840,000 employees owned the same proportion of their employer's stock as Sears workers did in the 1950s — a quarter of the company — each would now own shares worth an average of about $386,904.

There are many ways to encourage profit-sharing. During this pandemic, for example, Congress should prohibit the Treasury or the Federal Reserve from bailing out any corporation that doesn't share its profits with its employees.

It's impossible to predict what kind of America will emerge from the crises we're now experiencing, but the four-decade trend toward higher profits and lower wages is unsustainable, economically and politically. Sharing the profits with all workers is a logical and necessary first step to making capitalism work for the many, not the few.