COVID-19 in ICE detention: An asylum-seeker on getting coronavirus in a for-profit immigration jail

Raul fled cartel violence only to end up jailed during the pandemic. He's interviewed here by Gabriel Thompson 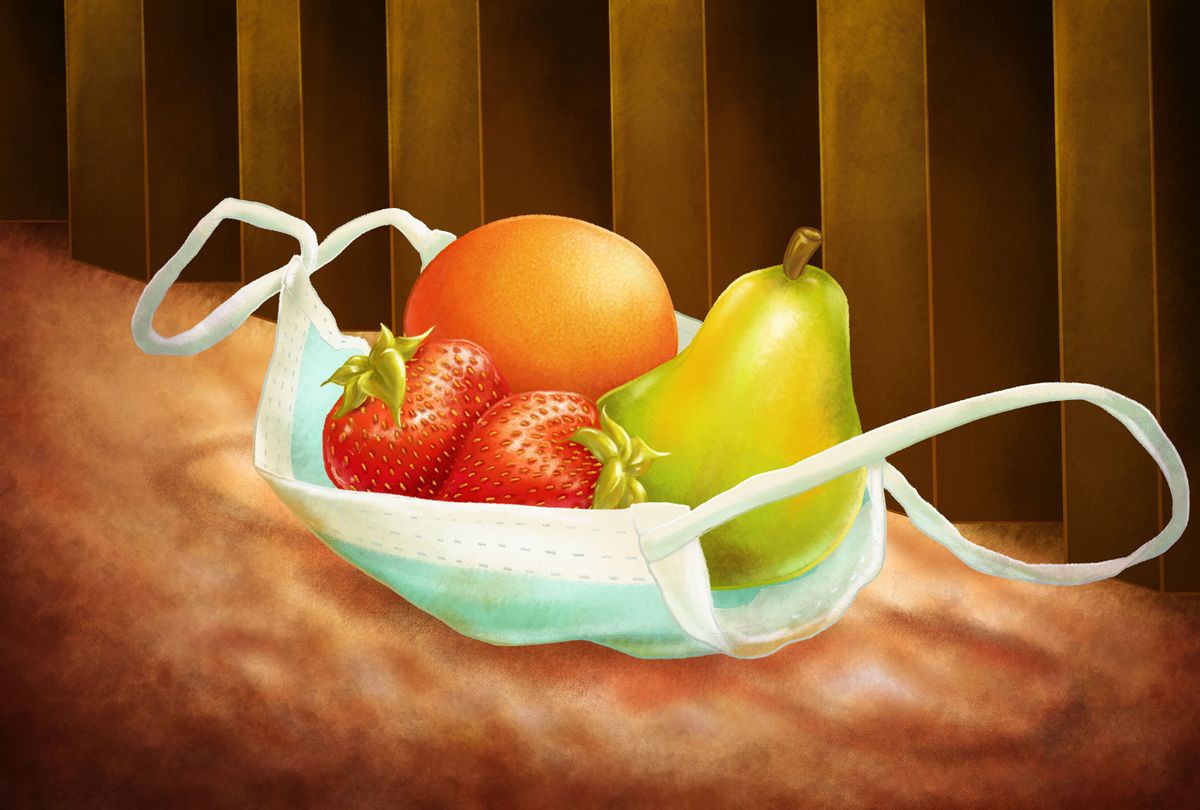 This is an excerpt from the "Unheard Voices of the Pandemic" series from Voice of Witness. Interview and editing by Gabriel Thompson. Thompson is editor of the Voice of Witness book "Chasing the Harvest: Migrant Workers in California Agriculture."

The coronavirus pandemic has been especially devastating for those behind bars, including immigrants held by Immigration and Customs Enforcement (ICE) who are locked up while their cases proceed. Medical care in these facilities is often substandard, and the tight quarters makes socially distancing impossible. Last year, Raul Luna Gonzalez, an immunocompromised asylum-seeker from Mexico, was transferred to a notorious immigration jail in Louisiana run by LaSalle Corrections, a for-profit corporation. Inside, as more people contracted the disease, ICE continued to deny Gonzalez's parole requests until he, too, became infected. Over several conversations, frequently interrupted by coughing fits, he spoke of why he fled Mexico and what he found when he arrived in the United States.

I arrived at the Richwood Correctional Center on June 13, 2019. My group was mostly Cubans — we had been moved from Texas to Mississippi to Louisiana. We were excited because we expected to be released soon. But at Richwood, the detainees told us that they don't give anyone parole or bond in Louisiana. They had a name for Richwood: the graveyard of living men. I asked to be released on parole anyway, but ICE denied me. They denied me many times.

I came to the United States because, until recently, I believed this was a country where you could find justice. Some people at Richwood thought I was crazy to carry all my files and audio recordings of the threats from the cartels. "But you have to prove what happened to you," I'd tell them.

I was a butcher in Acapulco, Mexico. In Acapulco, if you want to have a business, you have to pay a fee to the cartels, even if you're only selling lollipops. The Jalisco Nueva Generación cartel kept increasing the fee because they saw my business was doing well. I had nice cars and a house, and I went to fancy restaurants. I had eleven employees and gave them bonuses.

My employees took care of me, too. In 2014, I was diagnosed with colon cancer. When I got sick, they ran the shop. I endured 28 radiation therapies, eight chemotherapies, and dropped to 104 pounds. There was a moment when I asked God to end my life. But my doctor told me something that I've guarded as a beautiful treasure: "Your mind is powerful. If you think you are going to live, and you fight to live, you will make it." In 2017, they took out 43 centimeters of my intestine and rectum and installed a colostomy bag. I was back at work three months later.

By 2018, the cartel had raised the fee to 1,000 pesos a week (roughly $45 US). One Sunday, they took me to their boss. He proposed that I work for the cartel to identify wealthy people they could kidnap for ransom. I told him that I only wanted to run my business. Before I left he said, "Think carefully about it."

I kept paying the fee, but I refused to help the cartel. On February 18, 2019, I was at my friend's mechanic shop when an SUV pulled up and five men got out; two of them were the ones who collected the fee. They pulled me into the truck. One put a gun to my head. They drove me to a hill and forced me to walk into a forest. That's where I spent three days, with my hands and legs wrapped in duct tape. They hit and kicked me; one man urinated on me. They wanted 300,000 pesos, so I told them to call my mother. They told her, "Look, señora, we need this money now."

My family contacted the government and started working with an anti-kidnapping squad. I didn't know this at the time. I told the cartel they could take the cash I had in my house, my cars, and my gold jewelry. On February 20, the cartel told my sister to put the money and jewelry in a bag in my Jeep Patriot, park it at a certain spot, and leave the key under the driver's seat. They watched her park the car from the hill. But they were still going to cut me up with machetes.

"You see, in this life there are no family or friends," the boss told me over the phone. "Now we have to kill you." I begged him to have mercy. I told him lies: that I'd give him 15,000 pesos a month and work for the cartel. I finally convinced him. My kidnappers couldn't believe it. One said, "Many people have come up here. You're the first who is going to leave this hill walking."

When I got home, I called my sister. I knew I needed to get out of there with my family. Minutes later, she arrived with the police, who said they had stopped my Jeep and arrested three men. I totally panicked. In Mexico, the police can't protect you from the cartels, and now the cartel would know my family went to the government. I thought for a long time and decided to negotiate. I'd tell the police everything I'd learned, but I needed a copy of the case file for proof of what had happened.

We hid at my brother Placido's house — he lived outside of Acapulco — and I shared what I knew. Meanwhile, the boss kept calling my sister, threatening us. As soon as we got the files, we drove to Juarez, where I have another brother. On the day we arrived, the boss called my sister. "Tell Raul that if he knows how to run, he should run as fast as he can. There's no place we can't find him, and when we do, I am going to personally cut him into pieces."

I crossed the bridge into El Paso on April 2, 2019. My sister, mother and brother Placido crossed later, in Arizona. I introduced myself to an immigration officer. "I've come to ask for asylum. Here is my evidence." I thought I would live with my niece in El Paso, but instead they locked me up while I waited for my asylum hearing.

At Richwood I lived in a dormitory with more than 100 men. They don't give you fruits or vegetables — it's always beans and rice. Sometimes we went 20 days without going outside. A lot of the guards were racist. When we'd go to the cafeteria, they'd say, "The pigs are coming for their rice." If we asked for something, they'd say, "Get out of here, wetback!"

These detention centers are designed to psychologically force people to give up. One of my friends was a Cuban named Roylan. He was a very positive person, very optimistic. He'd say, "Mexican, don't give up!" I'll yell back, "I won't!" He hung himself in his cell in October.

I cleaned my colostomy bag in the shower, where the walls are covered in mold and bacteria. In December, an infection made my genitals so swollen that I couldn't walk. My companions yelled for help, and the guards took me away in a wheelchair. The whole time, I was in handcuffs and chains were wrapped around my legs and waist. I asked, "Are you really going to lock me up? I can't even walk."

My asylum hearing was on March 27, 2020. The judge was on a video screen from New York; my attorney sat next to me. My sister and mother had already won asylum in Arizona, and I was sure I'd win mine, too, since I was the one who was kidnapped. I started to talk, but the judge interrupted. She said it wasn't necessary because she had already read the file. She said that she believed my story, but that she didn't think I faced future persecution. I couldn't believe it. She asked if I was going to appeal. I said, "Of course."

By this time we had heard about the coronavirus. We asked the guards, "Why don't you wear masks? You're putting us at risk." But many guards refused to wear them. They didn't give us masks, either. They never even gave us soap or hand sanitizer. The bunk beds were about three feet from each other. It was impossible for us to protect ourselves.

In April they started moving us around. Two dormitories, A and B, are apart from the others. From the yard, we could see people dressed like astronauts going into them. That's when we got really nervous. Outside, my lawyer kept asking for my parole. ICE kept denying it.

I started having a fever and difficulty breathing. On April 17, they tested me for COVID-19 and it came back positive. They moved me to Dorm A with 30 other people. If I moved, even a little, I couldn't breathe. I began vomiting and felt like I was going to drown. They hooked me up to oxygen and brought me to the hospital, drew my blood, and sent me back the same day.

My condition didn't improve. I still couldn't breathe—this time I thought I was truly going to die. Back at the hospital, the nurse told me to walk, but I fell over when I tried. They dragged me to a room where I was given oxygen again. There was a nice nurse who prayed for me and brought me strawberries, pears and oranges. Slowly, I started getting a little better. After five days, I returned to Richwood. Instead of 30 people with COVID-19 in the dormitory, now there were 55.

That's when I learned two guards at Richwood had died of COVID-19. I knew one of them, Officer Johnson. We had become friends; I told him about my life, and he told me to keep fighting. He said that sometimes he didn't want to come to work, because of how badly we were treated. They aren't supposed to do us favors, but on my birthday he gave me a chocolate.

On May 1, a guard yelled, "Raul, you have a phone call." It was Jaclyn from the Southern Poverty Law Center. "Congratulations," she said. "They're letting you go. You got parole." I didn't believe it. I called my younger sister, Margarita, who lives in Washington, and she confirmed it. Two days later, an officer said, "Grab your things, you're leaving."

Raul’s name has been changed to protect his identity.