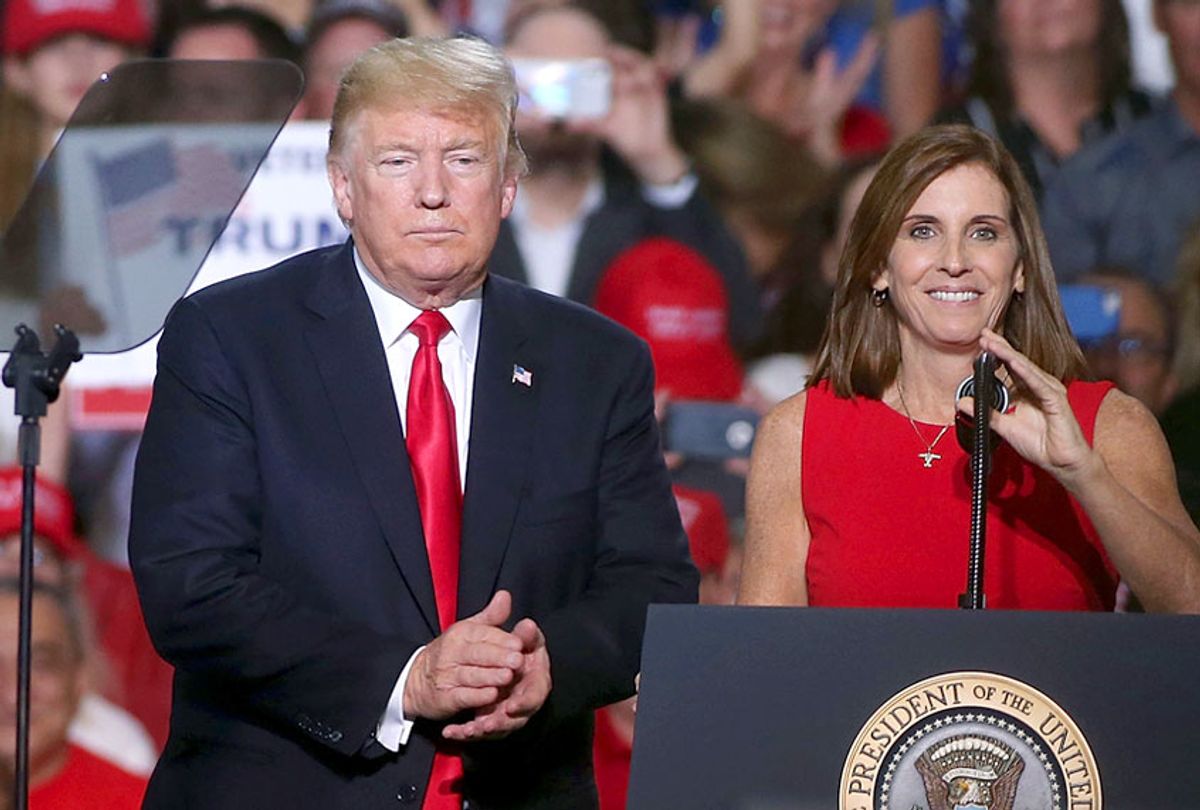 President Donald Trump's precarious standing among voters has resulted in Republicans wondering if they should assume Joe Biden will win the White House and focus on trying to save the GOP Senate majority.

"President Trump's weak poll numbers and a surge of Democratic cash flooding key Senate races have jolted top Republicans and intensified talk among party donors and strategists about redirecting money to protect their narrow Senate Republican majority amid growing fear of complete Democratic control of Washington in 2021," the newspaper reported.

"Almost no one is talking openly about abandoning Mr. Trump at this point. A total collapse at the top of the ticket, Republican strategists and donors agree, would only make holding the Senate harder," The Times noted. "But maintaining the Senate is an urgent imperative for the G.O.P.: A Democratic Senate could offer a glide path for liberal Supreme Court nominees from a President Biden, or block Mr. Trump's judges if he won a second term. And right now, Senate Republican incumbents and candidates are losing badly in the money chase not just in the top Senate battlegrounds — states like Maine, Arizona, Colorado and North Carolina — but also in deep red states, such as Montana, where seats are now increasingly up for grabs."

Senate Majority Leader Mitch McConnell (R-KY) is among the senators facing the voters in November.

"The private discussions about whether to shift resources toward imperiled Republican Senate candidates reflect a mix of factors: a lack of confidence that Mr. Trump will beat Joseph R. Biden Jr.; fear that the president is already a drag on down-ballot candidates; desire to maintain a G.O.P. "firewall" on Capitol Hill if Mr. Biden prevails; and the belief that money is not among Mr. Trump's myriad problems," the newspaper explained.