We all know Donald Trump is preparing to rig or steal the election — but exactly how?

There's zero possibility that Trump will accept defeat with dignity. We need to prepare for weeks of dreadful chaos 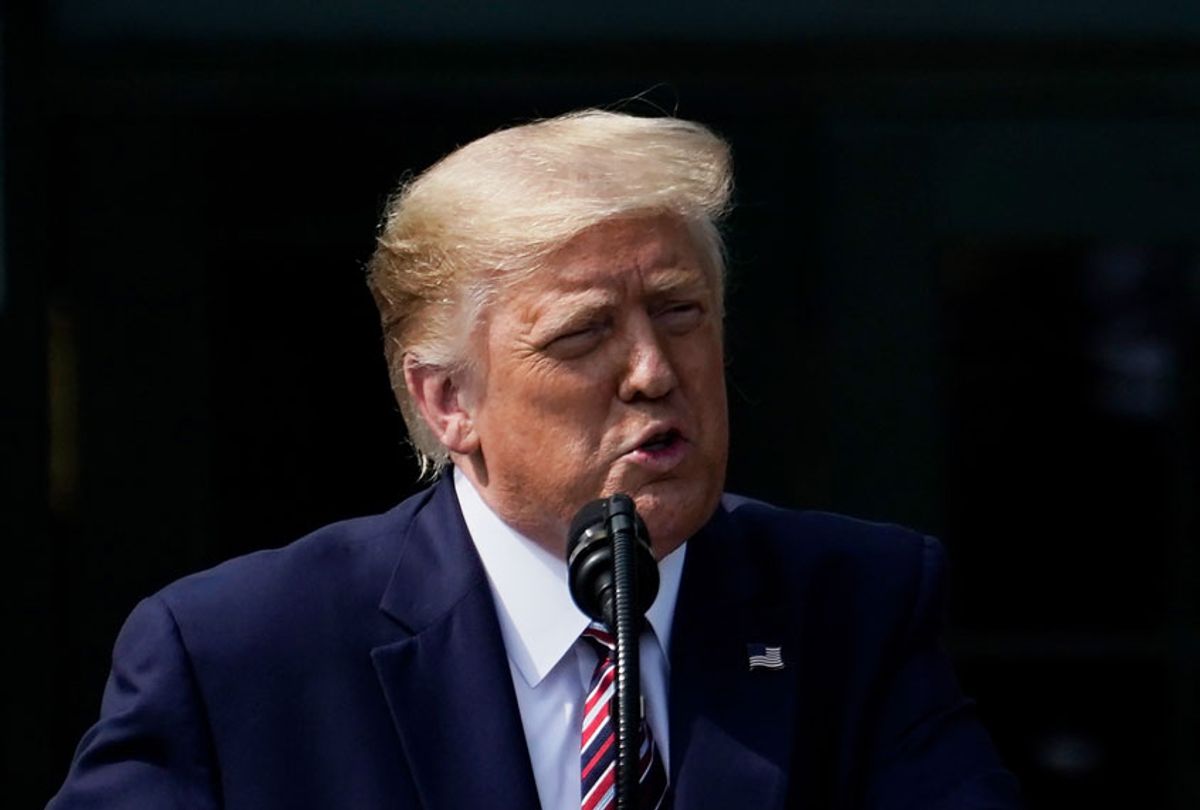 By now, it's relatively easy to forecast Donald Trump's tyrannical moves. There are no advanced Frank Underwood-style chess gambits in play here. It's barely Candyland, despite the fascistic goals involved. Trump is, on top of it all, a simple-minded, easily predictable Golgothan who telegraphs every move of self-preservation. Sometimes it can be reassuring to have a sense of where he's going with his repetitious blurts. At other times it leaves us with this perpetual sense of instability, knowing what might be lurking around the corner. The November election fits horrifyingly into the latter category.

I believe I know how Trump will try to interfere with the process as well as the outcome, and it's more than a little unnerving, especially given the cataclysmic stakes this time. Warning: This is a bit of a horror show, so hang on tight. Oh, and everything that follows presumes a close race, with the advantage leaning in Joe Biden's direction.

We're all brutally aware that every move Trump makes is aimed squarely at re-election. If he's not re-elected, he could face criminal prosecution and dozens of lawsuits after he returns to being a private citizen. He knows better than anyone that the presidency is the only thing saving him either from the slammer or from an underground escape to a non-extradition country.

As part of his herky-jerky maneuvers to evade legal jeopardy, we also know he's willing to sentence hundreds of thousands of Americans to death, and millions more on top of that to suffer from permanent pre-existing conditions, due to his near-genocidal indifference to the pandemic — indifference aimed at manipulating the stock market and thereby boosting in his re-election chances. It's a matter of historical record that he was impeached by Congress and put on trial for trying to cheat in the election, while refusing to discourage Russia from cyber-attacking the process again.

You get the point. He's capable of doing anything in order to win, even risking his legal future. But none of the above tactics directly addresses how he might handle the actual process of suppressing and overturning votes.

Like a petulant boy who tosses a board game across the room when he's losing, Trump is going to hurl the election process into absolute chaos. Here's how: He'll continue to suppress voting by discouraging absentee voting, while benefiting from new and existing roadblocks to in-person voting. Then, on and after Election Day, he'll sue to try and stop absentee ballots from being counted.

You might have seen the unintentionally hilarious video of Trump on "Fox News Sunday" last weekend. During his sweaty, lie-filled exchange with Chris Wallace, the president once again repeated, "I think mail-in voting is going to rig the election." He also said that he might not accept the outcome of the election. "I have to see," Trump said when pressed on the question. Absentee voting, also known as "mail-in" voting, will be his primary target in his plan to derail the election. (Point of order: all mail-in ballots are absentee, including the president's ballots. I will therefore use the term "absentee" from this point forward.)

Election Day won't be a "day" at all this year. In fact, some estimates suggest we won't know the winner of the presidential election, let alone contested Senate and House races, for a week or more after Nov. 3, mainly due to the record number of absentee ballots used during pandemic conditions. It'll take days to electronically tabulate all those votes, and maybe weeks for hand-counted ballots in some precincts. I'm not even factoring in the possibility of recanvassing or actual recounts.

So far, 33 states and the District of Columbia allow some form of voting by mail without an excuse for one's absence. (Oregon has conducted all elections by mail since 1998, with no significant problems. Colorado and Washington state have adopted universal vote-by-mail more recently.) By the way, the absentee voting states include Florida, where Trump will be voting by mail this year — again, with no excuse needed. The other 17 states require an excuse, but at least some of those will likely change the rules before November, eliminating the need for an excuse.

The main focus of Trump's shrieking about absentee voting, of course, is to establish a hearts-and-minds framework to support legal challenges against those ballots. To that end, he's routinely exploiting the bully pulpit to manufacture doubt about the reliability of absentee voting. From there, he's capable of launching a series of lawsuits against boards of elections — perhaps in every state where absentee ballots are used, or just in states with margins too close to call. As long as he continues to hammer his loyalists about the evils of absentee voting between now and Election Day, they'll be increasingly likely to back him up during the actual process, organizing demonstrations and maybe a few "Brooks Brothers riots" not unlike Election 2000.

Any and all swing states will be ripe for legal challenges — not because of actual election or voter fraud but simply because Trump believes there's fraud taking place. (Or, to be more accurate, because he claims to believe that.)

The other point is to discourage the use of absentee ballots, with the broader goal of convincing pro-Trump state officials to roll back existing absentee rules. After all, it's much more difficult to monkey around with absentee votes that, by definition, include a paper trail. On the other hand, in-person votes cast on electronic voting machines are more susceptible to manipulation and hacking, whether by Russian agents or someone else, and we all know about Trump's business partners in Moscow and their track record with American elections. In his desperation, Trump will be eager to meddle with every voting format, covering all his bases.

Challenge after challenge could rocket-propel the entire election back into the hands of the Supreme Court, home of the infamous Bush v. Gore decision, and there's no guarantee that Chief Justice John Roberts will swing the way we hope he will. Irrespective of where Trump's legal challenges land, he will absolutely use the courts as a delaying action, making for a hell of a long process at a time when the patience of the American people is practically nonexistent.

Electors are supposed to cast their ballots on Dec. 14, based on the results of the popular vote. If there's an actual declared winner by that date, I'll be shocked. Trump's legal challenges will be thick and he's shown zero compunction to give up. (See also his relentless legal challenges to protect his tax returns from prosecutors and congressional oversight.)

It's also possible that Trump's indefinite deployment of federal stormtroopers in selected cities will discourage some voters from turning out. Trump's screeching has also suggested that he might order ICE and CBP goons to monitor polling places, which could discourage Latino citizens or other recent immigrants from voting.

One more thing: As the days following the election descend into chaos, it wouldn't shock me if Trump simply declared victory before all the votes are counted. That won't mean much in the grand scheme, but it will further incite his people and worsen the chaos.

I don't know how all this will end, but I feel relatively secure in forecasting the mayhem. Honestly, as with everything Trump, I hope I'm wrong and this election wraps up without a glitch. But given King Joffrey the Flaccid's actions lately, especially with his contra-constitutional deployment of unidentified soldiers to disappear protesters from the streets, it would be foolish to count on a smooth ride. The absolute best strategy for the Democratic Party, and indeed all Normals, is to prepare for a bloody mess before we have a winner. The party ought to be fully lawyered up in anticipation of Trump's psycho-bombs detonating at polling places and in state capitals across the country. Don't be blindsided.

I think we can all agree that Donald Trump will not go quietly, or accept defeat with any measure of dignity. Knowing the stunts he's likely to pull, and preparing accordingly, is half the battle.