Democrats join with GOP to vote down Ilhan Omar's plan to withdrawal U.S. troops from Afghanistan

"There are people saying that we shouldn't be too hasty in leaving. Too hasty? It's been two decades" 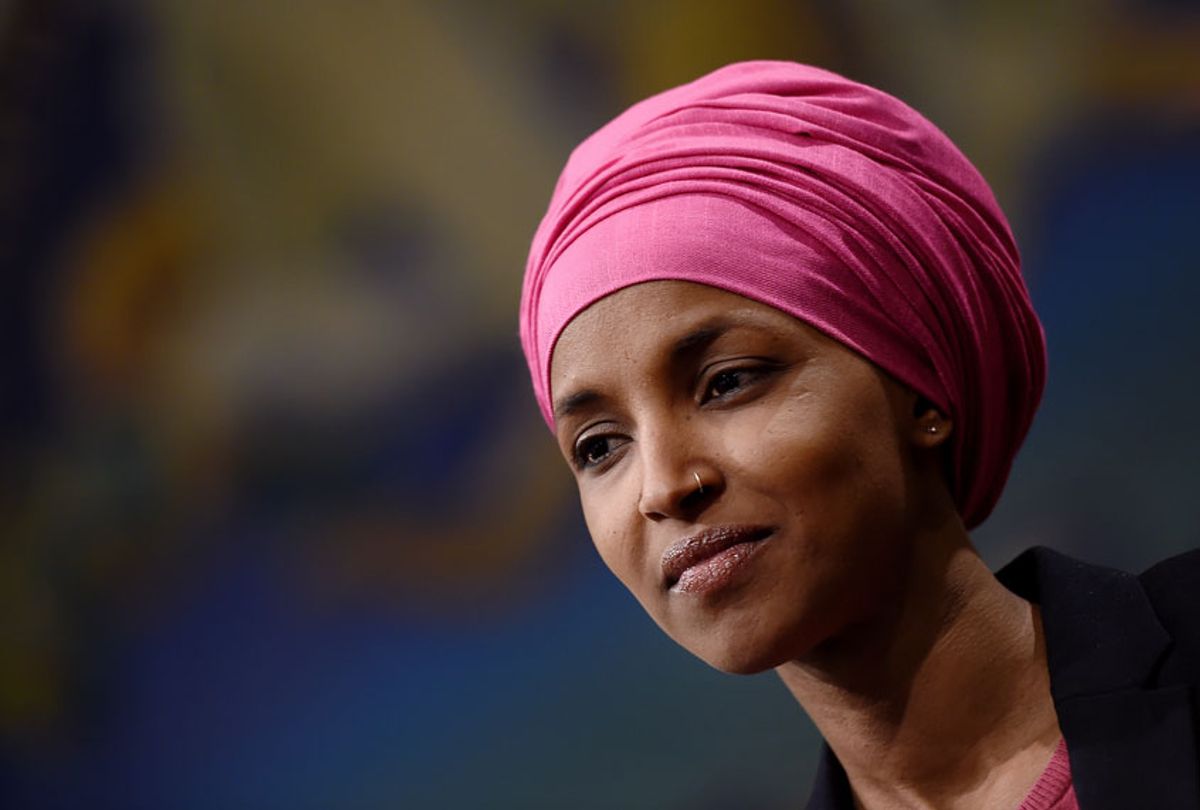 The House of Representatives on Tuesday voted down a proposal by Rep. Ilhan Omar to accelerate the withdrawal of American troops from Afghanistan and help bring to a close the longest war in U.S. history.

The Minnesota Democrat's amendment (pdf) to the National Defense Authorization Act (NDAA) fell by a vote of 129-284, with 103 House Democrats joining 181 Republicans in voting no.

"We are deeply disappointed by today's vote," Stephen Miles, executive director of Win Without War, told Common Dreams. "The House passed a nearly identical provision several years ago with near unanimous Democratic support."

"Far too many House Democrats wrongly viewed this somehow as a vote on Donald Trump rather than a vote to end our nation's longest war," Miles said. "Frankly, they need to learn to walk and chew gum at the same time. They should be able to oppose Donald Trump and end endless wars all at the same time."

If passed, Omar's amendment would have removed from the House NDAA language inserted by Reps. Liz Cheney (R-Wyo.) and Jason Crow (D-Colo.) that imposes a series of vague conditions on U.S. troop withdrawal from Afghanistan.

The Cheney-Crow provisions require that before the number of U.S. troops stationed in Afghanistan can be reduced below 8,000, the Pentagon must certify that withdrawal "will not increase the risk for the expansion of existing or formation of new terrorist safe havens inside Afghanistan" and is "in the best interest of United States national security."

The language was adopted earlier this month with the support of nearly every Democrat on the House Armed Services Committee.

Omar's proposal would have stripped out Cheney and Crow's provisions and added language requiring the withdrawal of the remaining 8,600 U.S. soldiers from Afghanistan by April 29, 2021.

"The withdrawal of the United States Armed Forces from Afghanistan must be accompanied by a long-term peace process that is inclusive of all parties to the conflict and sectors of civil society," the amendment reads.

In a speech on the House floor Monday, Omar addressed critics who alleged the proposal would withdraw U.S. troops from Afghanistan too quickly.

"There are people saying that we shouldn't be too hasty in leaving," Omar said. "Too hasty? It's been two decades."