Donald Trump has troops in the streets "protecting" courthouses, while fostering right-wing attacks against judges 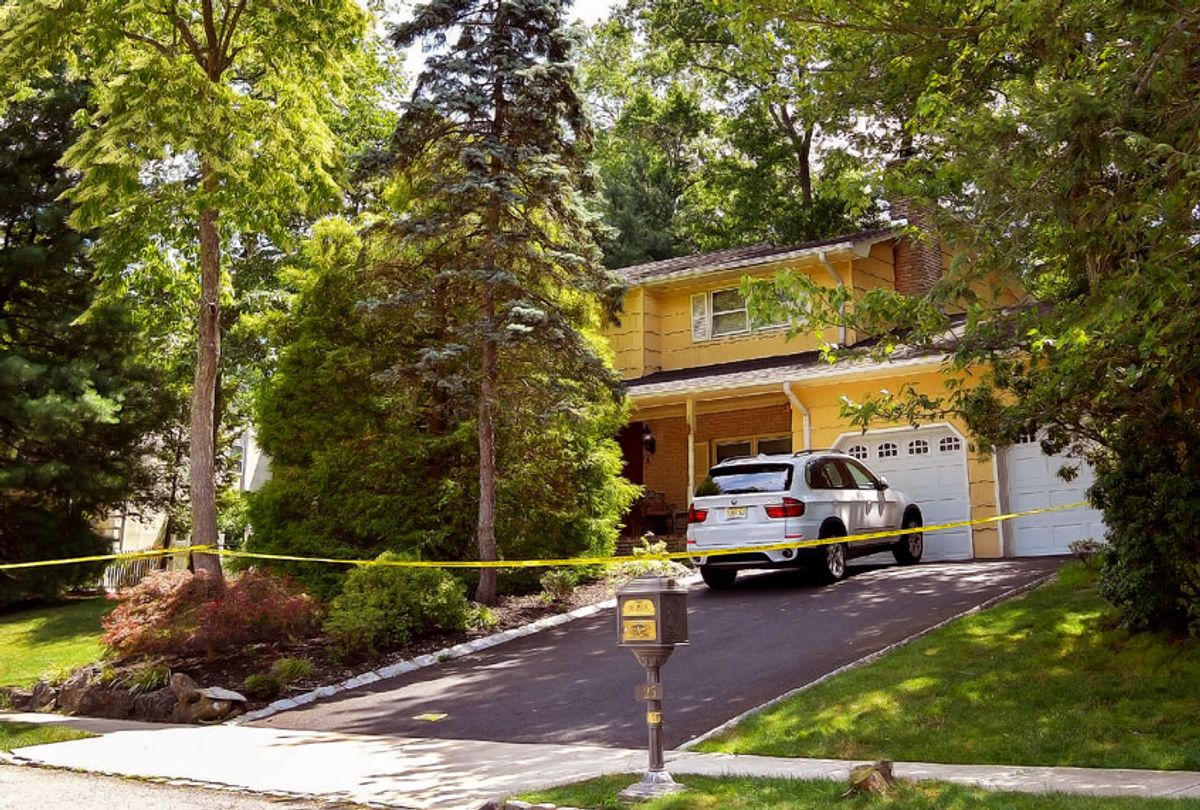 A view of the home of U.S. District Judge Esther Salas. on July 20, 2020 in North Brunswick, New Jersey. Salas' son, Daniel Anderl, was shot and killed and her husband, defense attorney Mark Anderl, was injured when a man dressed as a delivery person came to their front door and opened fire. Salas was not injured. US marshals and the FBI are investigating. (Michael Loccisano/Getty Images)
--

The murder last Sunday of the Daniel Anderl, the 20-year-old son of a federal judge from North Brunswick, New Jersey, and the serious wounding of her husband comes along with the news that President Trump has sent armed federal agents to Portland,, Oregon to apprehend leftist protesters off the street and hold them illegally, apparently to avenge graffiti on a federal courthouse.

Salas was appointed by President Obama and was the first Latina to be nominated to the federal bench in New Jersey. According to multiple press reports, the shooter in the case was Roy Den Hollander, a right-wing, anti-feminist attorney who had a matter pending before Salas and had appeared on Fox News.

According to press reports, Hollander traveled to the North Brunswick tree-lined street where Salas' family lived dressed as a FedEx deliveryman. His body was found in upstate New York on Monday after he apparently shot himself.

Hollander's actions comes amid a growing trend of threats made against federal judges, according to the U.S. Marshals Service, which is responsible for protecting them.

"In the 2019 fiscal year, the Marshals Service said there were 4,449 threats and inappropriate communications against its protected persons," reported Ryan Reilly of the Huffington Post. "That's a huge spike from 2015 when it logged just 926 threats."

That huge spike in threats against the federal bench is not happening in a vacuum.

When Trump was a candidate for president in 2016, he directed public ridicule at U.S. District Court Judge Gonzalo Curiel, a widely respected jurist, because of Curiel's ruling in a fraud case involving Trump University. Trump said Curiel had "an absolute conflict" because he was "of Mexican heritage" and opposed Trump's proposal to build a border wall. (Curiel was born in Indiana and had taken no public position on the wall.)

Trump has continued to Twitter-target federal judges who presided over the criminal prosecutions of his former national security adviser Michael Flynn, his former campaign manager Paul Manafort and his longtime confidant Roger Stone, all of whom were convicted or forced to plead guilty.

Every time he takes on a sitting federal judge, the self-styled "law and order" president adds to the burden of the U.S. marshals who must track individuals like Cesar Sayoc Jr., on the fringes of Trump's base. Last year, Sayoc, an ardent Trump supporter from Florida, was sentenced to 20 years in prison for sending pipe bombs to more than a dozen prominent Democrats and celebrities, including Barack Obama, Hillary Clinton and Joe Biden.

On May 29, Pat Underwood, a Federal Protective Services uniformed officer, was shot and killed while guarding a federal courthouse in Oakland, California, amid street protests over the police killing of George Floyd in Minneapolis.

In that case, the FBI arrested 32-year-old Steven Carrillo, an active duty Air Force sergeant and right-wing extremist who apparently hoped exploit the protest from the Floyd murder to foment a civil war. Carrillo was already the leading suspect in the June 6 fatal shooting of a deputy sheriff in Santa Cruz County, California, and the wounding of his partner in an ambush attack that included the use of multiple improvised explosives.

Just days after Underwood was killed, Trump and Attorney General Bill Barr ordered elements of the U.S. Park Police and the National Guard to use pepper spray to clear Lafayette Park of peaceful protesters so Trump could walk across the street from the White House to St. John's Episcopal Church for his Bible-clutching photo-op.

Trump was flanked during his walk to the church by Barr, Defense Secretary Mark Esper and Gen. Mark Milley, chairman of the Joint Chiefs of Staff. Milley later told a National Defense University commencement that he "should not have been there," adding that his "presence in that moment and in that environment created a perception of the military involved in domestic politics."

These dystopian events are reminiscent of the authoritarian atmospherics in Chile in 1973, as recounted in Costa-Gavras' signature 1982 film "Missing." The film chronicles the efforts of an American family to track the whereabouts of their journalist son who "disappeared" amid Gen. Augusto Pinochet's CIA-sponsored military coup against the democratically-elected government of Salvador Allende.

Our nation is slipping deeper and deeper into a pandemic that could kill as many as 200,000 by Election Day. One out of five American families could face eviction from their homes by the end of September.

Den Hollander, the apparent North Brunswick shooter, had previously sued multiple NBC News anchors, as well as anchors from other networks, alleging they had engaged in an illegal conspiracy to prevent Donald Trump's election to the presidency. Meanwhile, the current occupant of the Oval Office fixates on extralegal strategies to "protect" federal courthouses, while perpetuating a climate of fear that has federal judges looking over their shoulders.