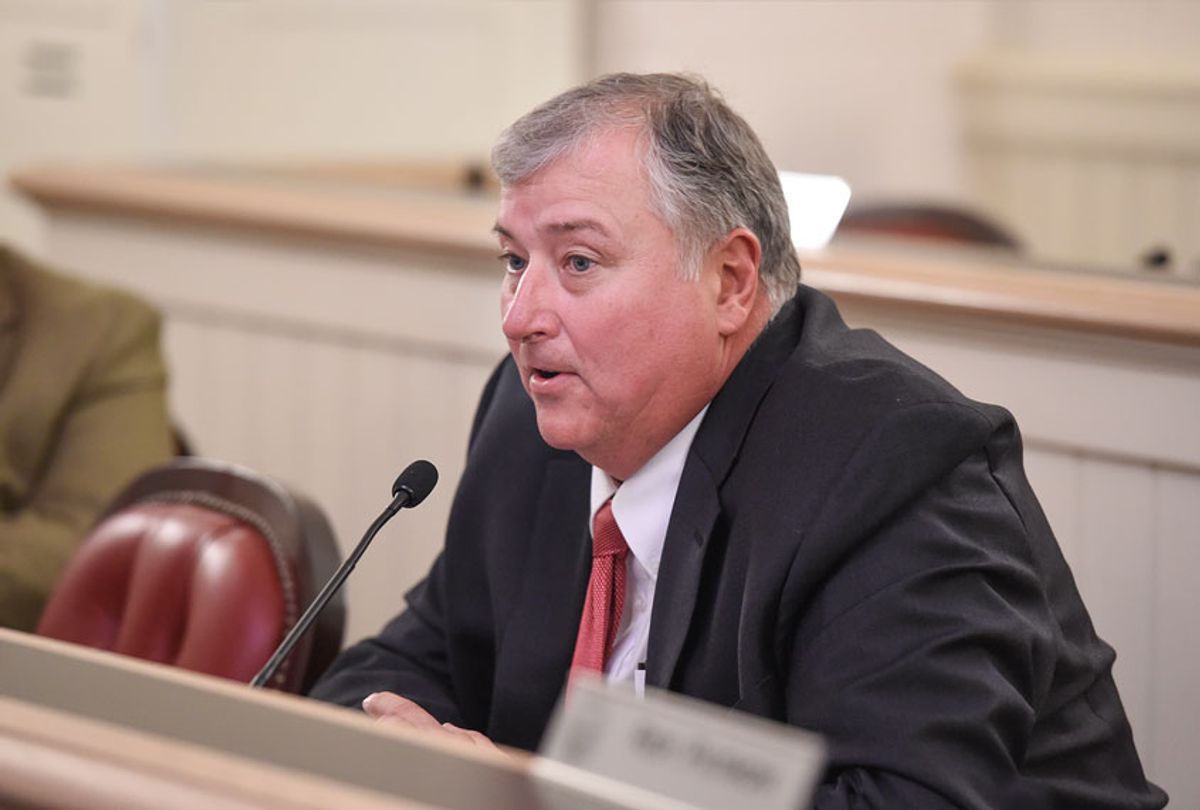 Ohio Speaker of the House Larry Householder, a Republican, was arraigned in U.S. District Court on Tuesday along with four associates on racketeering and conspiracy charges in connection with the largest bribery scandal in state history.

"Make no mistake, these allegations are bribery, pure and simple," FBI Special Agent in Charge Chris Hoffman said at a press conference announcing the charges.

FBI agents had arrested Householder hours earlier at his rural Perry County farm as the alleged ringleader of what Hoffman described as "likely the largest bribery-money laundering scheme ever perpetrated against the people of the state of Ohio."

"This was 'pay to play,'" Hoffman said, borrowing a term the suspects themselves allegedly used to describe their scheme.

The 81-page complaint describes a conspiracy connected to an Ohio law passed last year, which bailed out two nuclear power plants while simultaneously slashing subsidies for energy efficiency and renewables in the state. The law also pulled money from Ohio residents' power bills, shuffling $150 million to the nuclear plants each year.

Hoffman told reporters that the group conspired to "pass and maintain a $1.5 billion bailout in return for $61 million in dark money used for various things: to line pockets of the defendants; build a power base for Householder; and to further the conspiracy."

The charging document describes a concerted effort over several years to support and fund Householder's run as House speaker, after which, the plan allegedly went, he would usher through the bailout. Householder won the office in January 2019, and the bailout passed in July.

Federal prosecutors claim that from March 2017 to March 2020, a number of groups linked to an unnamed "Company A" — which Hoffman all but named in the press conference as FirstEnergy Solutions — paid out approximately $60 million for the political favor. The money was funneled through a nonprofit called Generation Now, described in the charging document as "a 501(c)(4) entity secretly controlled by Householder."

Part of the money was allegedly spent to attack political opponents who could stand in the way of the conspiracy and support politicians who would be friendly to it. Another part allegedly went into the conspirators' own pockets.

After Republican Gov. Mike DeWine signed the bill in July, opponents put together a ballot initiative to overturn the law. The initiative ultimately failed in October. During those three months, Householder's company received $38 million. The court filing says the payments were "akin to bags of cash."

"Unlike campaign or PAC contributions, they were not regulated, not reported, not subject to public scrutiny — and the Enterprise freely spent the bribe payments to further the Enterprise's political interests and to enrich themselves," the document says.

Each of the four defendants was charged with "conspiracy to participate, directly or indirectly, in the conduct of an enterprise's affairs through a pattern of racketeering activity." They face a maximum 20 years in prison.

Prosecutors say they have not yet charged "Company A," but an investigation is ongoing.

Householder, a Republican from Columbus, was first elected to the state House in 1997. He rose to the speakership in 2001 and served until term limits kicked in, in 2004. After stepping away from the House, Householder was re-elected in 2017.

Gov. Mike DeWine, a fellow, called for his resignation immediately after charges were announced.

"I am deeply concerned about the allegations of wrongdoing issued today by the U.S. attorney's office," he tweeted.