“This president was always on top of this, banning this man from his property long before this case was played out" 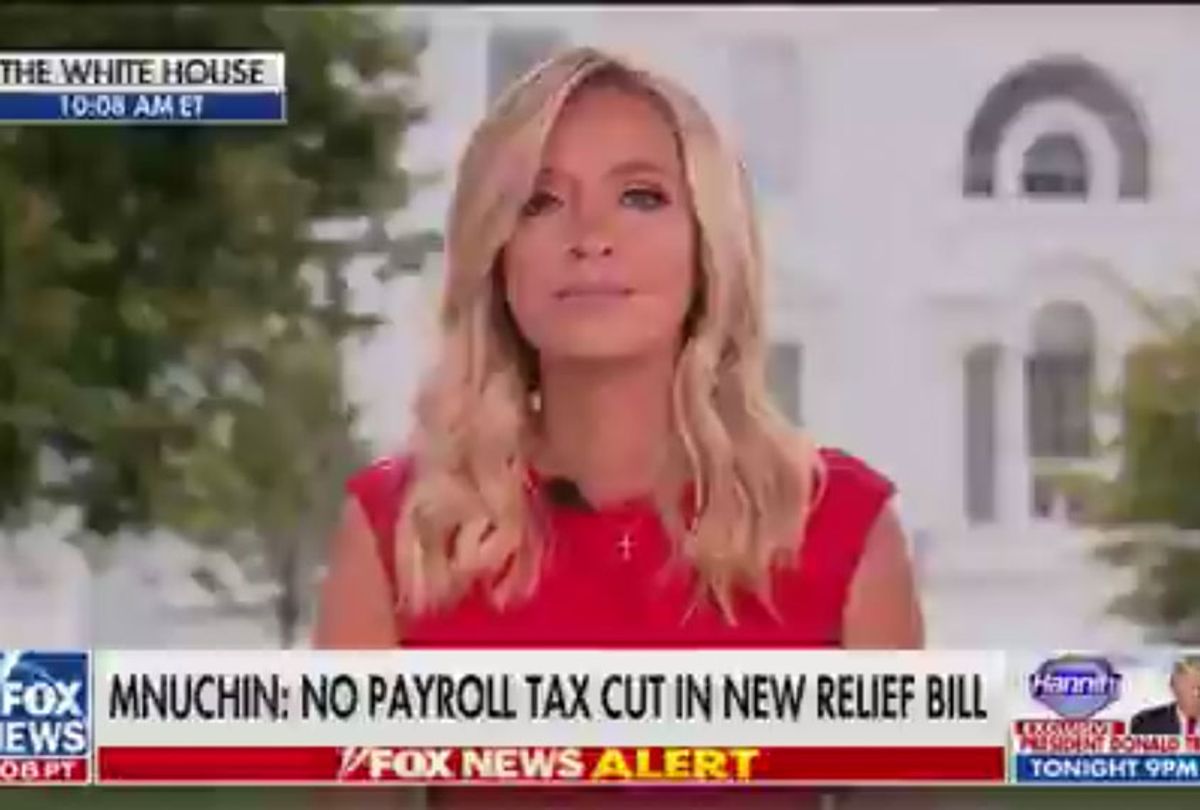 The president said he wished his former acquaintance well as she faces charges related to her involvement with the late financier Jeffrey Epstein, another Trump associate and convicted sex offender who died in jail awaiting trial on new sex trafficking charges.

"What the president was noting is that the last person who was charged in this case ended up dead in a jail cell," White House press secretary Kayleigh McEnany told Fox News, "and the president wants justice served for victims in this case, and he prefers that to play out in a courtroom."

Fox News anchor Bret Baier didn't let her off the hook just yet, saying that many found Trump's response strange, and McEnany insisted the president seriously addressed sex trafficking allegations against his friends.

"This president is the president that banned Jeffrey Epstein from coming to Mar-A-Lago," McEnany said. "This president was always on top of this, banning this man from his property long before this case was played out in court as well."

Trump and Epstein had a falling out around 2004, apparently over a real estate deal, but the convicted sex trafficker and the future president were close for years prior to that and were frequently photographed and videotaped partying with younger women.