McCain accuses Trump's niece of attacking the president to get rich 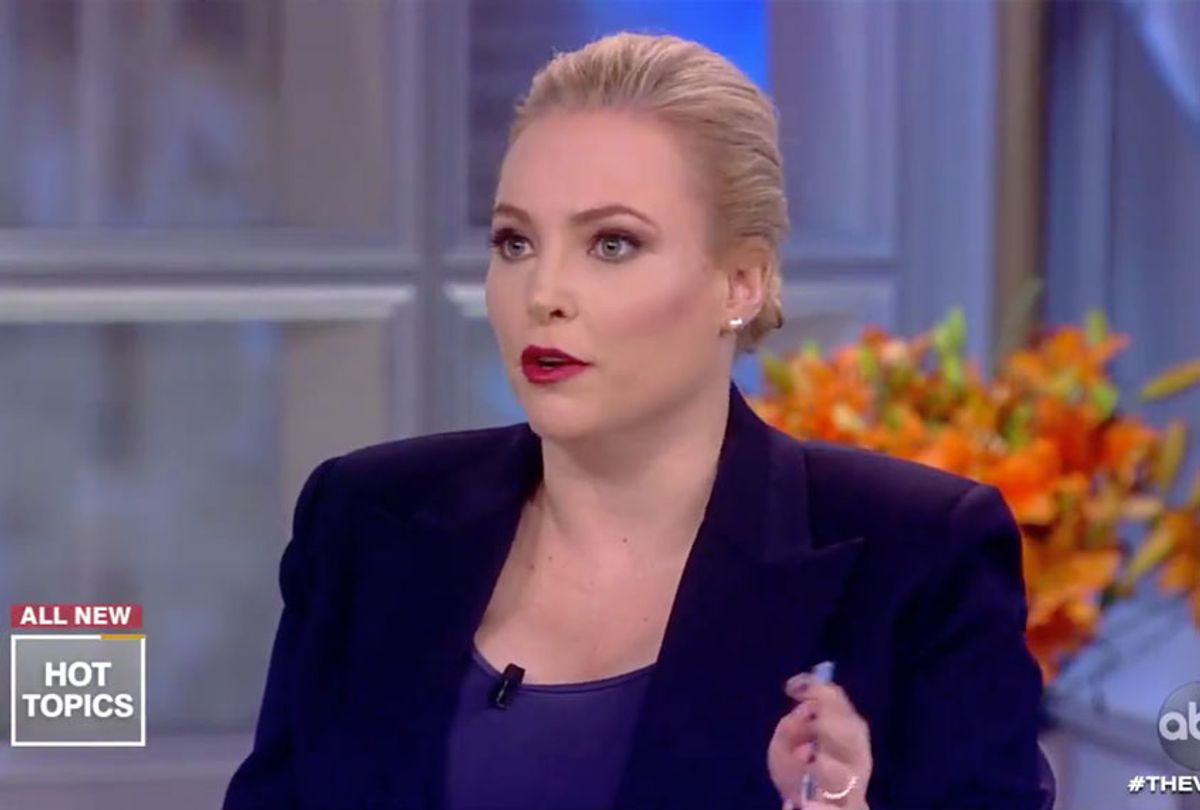 Conservative Republican activist Meghan McCain, co-host of ABC's "The View," is no fan of President Donald Trump, who she continues to hold in very low regard because of all the derogatory things he said about her late father, Sen. John McCain of Arizona. But when the president's niece, Mary Trump, appeared on "The View" this week, McCain was critical of her new tell-all book, "Too Much and Never Enough: How My Family Created the World's Most Dangerous Man" — which is the top-selling book on Amazon and sold 1.35 million copies during its first week, according to publisher Simon & Schuster.

In a tense interview, the 55-year-old author pushed back against McCain's insinuation that she was motivated by a desire for some type of "revenge" and to get rich.

"I think I've made it clear to your publishers: I don't like books like this," McCain told Mary Trump. "I don't like family tell-all books, especially when it comes to families with fame and power, because they're told from the one side — and often, the subjects are villainized to the point that I don't actually end up believing the stuff written. There've been books written about my family which are complete and total garbage, told from a skewed perspective. And at the end of the day, you get a really good paycheck out of it. But I don't think it's that legitimate. What do you say to people like me who think this is just a really good way for you to get a paycheck right now?"

Trump's response to McCain was calm and matter-of-fact, not angry to overly defensive, when she explained, "I think if you read the book, you see that I bring to the story my very deep experience within the family. I'm not some stranger writing it; I'm his niece."

The author described her book as a "narrative…. about my family and how Donald became the person that he is," telling McCain, "If I had wanted some measure of revenge — if I had wanted to cash in, as you say, I would have done this ten years ago when Donald was still a very public figure and I would not have been taking the risks that I'm taking. We've all seen how whistleblowers fare in this administration. So, I would have much preferred not to do this, but I felt it was extremely important that the American people have all of the information they need in order to make an informed decision."

McCain, however, questioned how many insights Mary Trump really has about her family since she isn't close to her cousins, Donald Trump, Jr. and Ivanka Trump Kushner. And the author responded that her relationship with her cousins is irrelevant to the subject matter in her book.

Trump told McCain, "I'm not entirely sure why you're so focused on my cousins, who, again, are so much younger than I am….. I think to focus on these things is to take away from the actually important things I write about in the book."