Ted Cruz and Tom Cotton clash: A bitter battle for the post-Trump throne 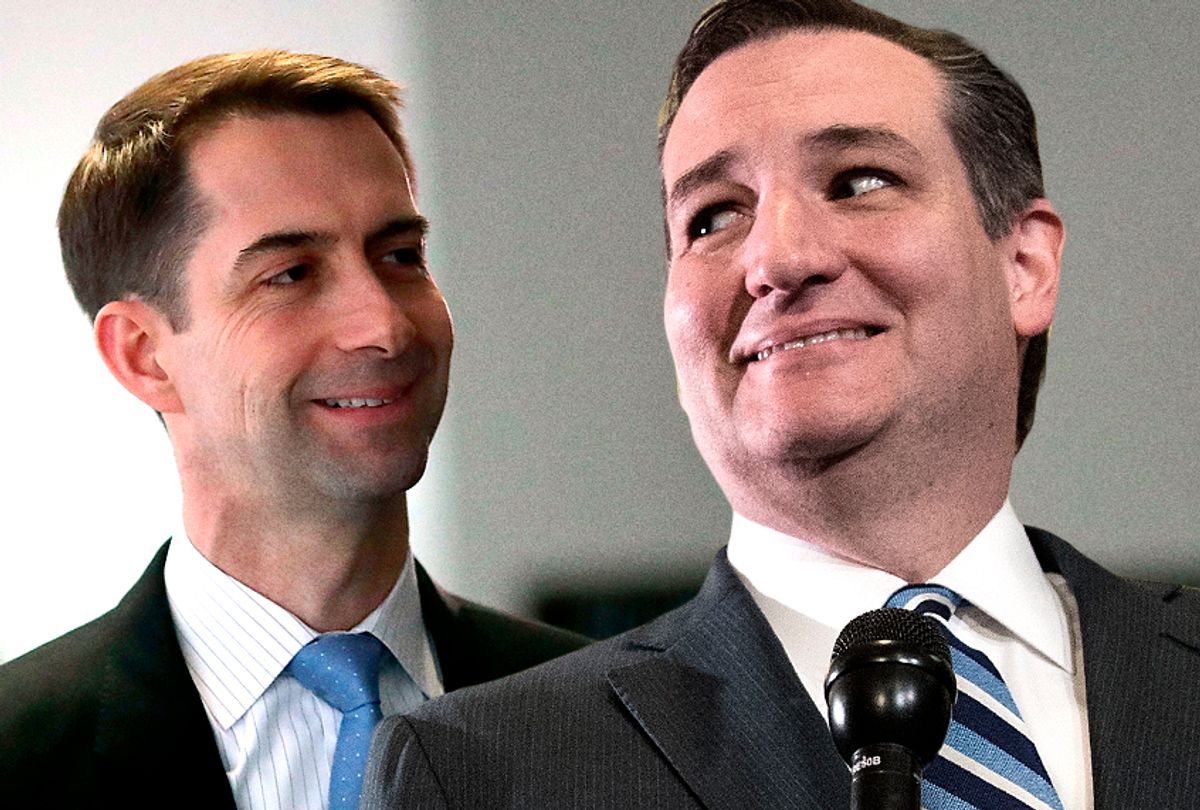 The United States' federal deficit was already huge before the coronavirus pandemic, but the pandemic has caused it to increase even more — and at a private lunch on Tuesday, July 21, Sen. Ted Cruz of Texas clashed with a fellow Republican, Sen.  Tom Cotton of Arkansas, during a discussion of coronavirus spending and the federal deficit.

According to the Washington Post's James Hohmann, Cotton "suggested" that  "Republicans should be willing to keep racking up debt to maintain power." But Cruz vehemently disagreed, declaring "What in the hell are we doing?"

Cotton, Hohmann notes, "argued that the full conference needs to focus on protecting their most vulnerable members. Cotton postulated that Democrats would spend more money if they win the Senate majority in November — and therefore, it is cheaper in the long run to allow the size of the spending package to grow with more goodies to benefit incumbents who are up for reelection."

It remains to be seen whether or not President Donald Trump will win a second term in November. Many recent polls have shown Trump trailing former Vice President Joe Biden, the presumptive Democratic presidential nominee — in some of them, by double digits. But whether Trump leaves the White House in January 2021 or January 2025, Republicans will eventually have to debate what a post-Trump GOP will look like — and as Hohmann sees it, the clash between Cruz and Cotton could foreshadow a clash between the Republican senators in 2024.

"Cruz and Cotton are among the small clique of ambitious Republican senators in their forties who have been laying the groundwork to run for president in 2024, along with Sens. Marco Rubio (Fla.) and Josh Hawley (Mo.)," Hohmann explains. "The dueling stances Cruz and Cotton staked out behind closed doors offer an early taste of the ideological battles we can expect as Republicans increasingly vie to take the torch from President Trump. These fights will flare up faster and hotter if the president loses in November. Others outside the Senate, such as Vice President (Mike) Pence and former United Nations Ambassador Nikki Haley, are also expected to compete for the nod."