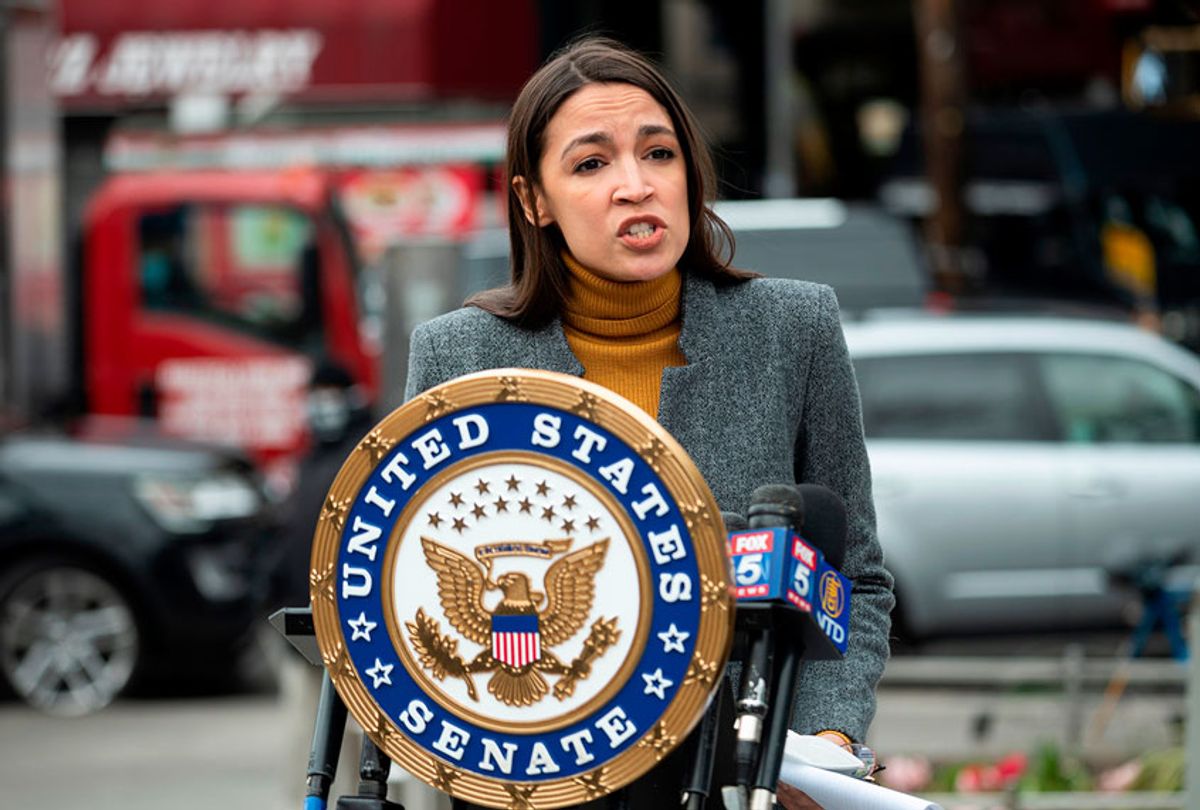 U.S. Rep. Roger Williams, R-Austin, is facing criticism from liberal firebrand U.S. Rep. Alexandria Ocasio-Cortez, D-New York, after she says he failed to step in during a heated exchange between Ocasio-Cortez and a Republican colleague on the steps of the U.S. Capitol on Monday.

Williams says he didn't hear the exchange, which was overheard and reported on by a reporter from The Hill. But Ocasio-Cortez said on Twitter that Williams is merely pretending not to have heard it and that he actually joined in the argument, yelling at her about "throwing urine." During the argument, another Republican member of congress called Ocasio-Cortez a "fucking bitch," The Hill reported.

"Gotta love Republican courage from Rep @RogerWilliamsTX: when he undeniably sees another man engaged in virulent harassment of a young woman, just pretend you never saw it in the most cartoonish manner possible and keep pushing," Ocasio-Cortez tweeted.

Heather Douglass, Williams' communications director, said in a statement that the congressman neither participated in the exchange nor overheard what was said.

"Congressman Williams would have immediately condemned that type of language towards any colleague," Douglass said.

According to The Hill report, U.S. Rep. Ted Yoho, R-Florida, approached Ocasio-Cortez on the Capitol steps and said she was "disgusting" and "out of your freaking mind" for suggesting that poverty and unemployment are causing an increase in crime in New York City during the pandemic. Ocasio-Cortez then told Yoho he was being "rude."

Ocasio-Cortez then walked into the Capitol, while Yoho and Williams walked in the other direction as Yoho made the profane comment about Ocasio-Cortez, The Hill reported.

The Hill reported that Williams "was in a position to hear the entire back-and-forth." But he told the publication that he wasn't paying attention.

"I was actually thinking, as I was walking down the stairs, I was thinking about some issues I've got in my district that need to get done," Williams told The Hill. "I don't know what their topic was. There's always a topic, isn't there?"

Democrat Julie Oliver, who is challenging Williams in November, criticized him for not speaking up.

"It definitely wouldn't be the first time that Roger Williams has lied or denigrated the poor, but this is absolutely beyond the pale," Oliver tweeted.

"Let's replace Roger Williams with someone we can be proud of," the former U.S. Senate candidate and presidential hopeful tweeted.