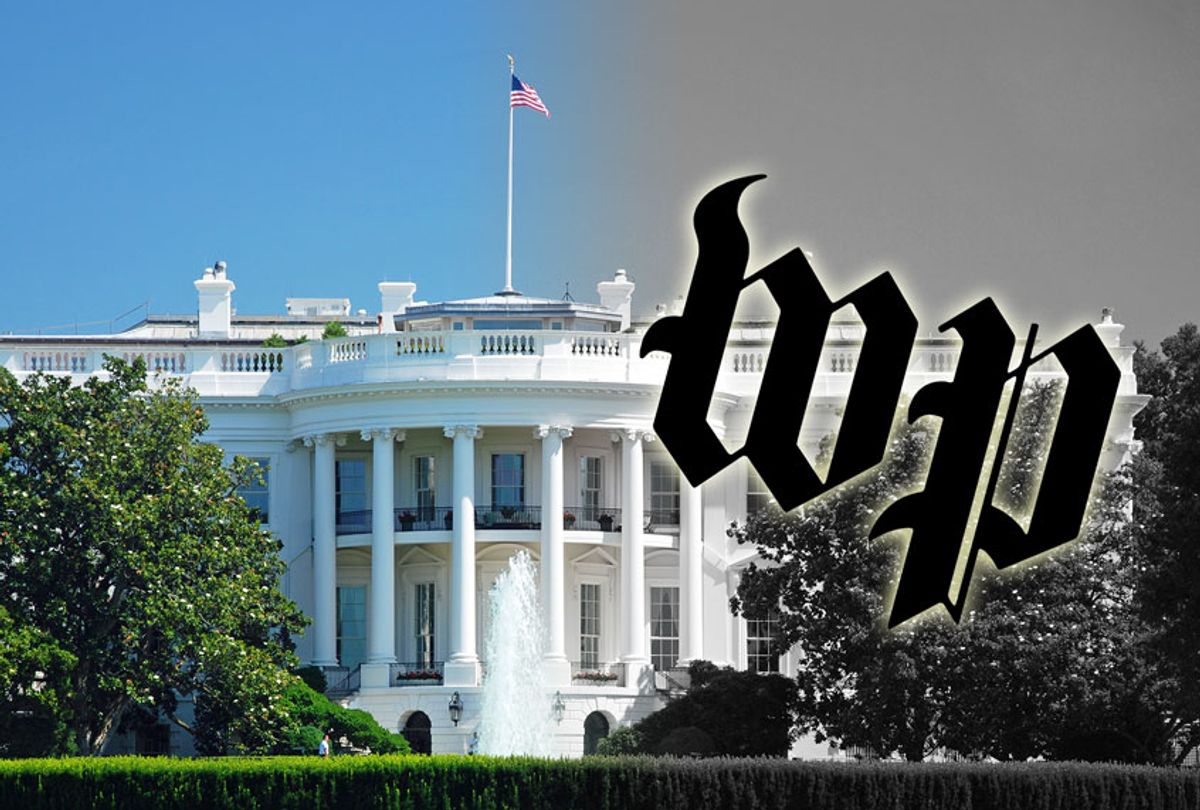 President Donald Trump has already been impeached once, and it didn't even include the ten examples of obstruction of justice during special counsel Robert Mueller's investigation. But in just the past month, Washington Post editorial page editor Fred Hiatt outlined many, many more.

Writing Sunday, Hiatt walked through the Articles in the Constitution that Trump has violated in the past four weeks. He noted that in June, Trump decided that his ability to win in November depended on reopening the economy, even if it put Americans' lives at risk. Meanwhile, the White House, Fox News and elected Republicans in the House and Senate waged a "bizarre campaign to discredit the nation's top infectious-disease doctor, Anthony S. Fauci." Even if Trump is demanding businesses all reopen, Trump has belittled testing, saying that it is the reason COVID-19 cases are so high.

"My month-old Article 2, abuse of law-enforcement powers, will have to be retopped, because the offenses I included a month ago pale beside the recent, reckless deployment of federal forces into U.S. cities for political purposes," wrote Hiatt.

He cited Post reporter Ruth Marcus, who explained Trump's actions attacking Portland, Oregon is "unconstitutional." Sending federal agents in dressed as military members to throw protesters into unmarked vans so that Trump can get campaign footage is one charge.

"My Article 3, abuse of appointment power, will have to be updated, too, now that the courageous Lt. Col. Alexander Vindman has been not only drummed out of the White House but bullied out of the military altogether," Hiatt wrote.

"Article 4, abuse of power in foreign affairs, gets a new count," he continued. "The original cited Trump's acquiescence to China's concentration camps in western China in exchange for the campaign help of promising to buy soybeans from Midwest farmers."

Then there's the matter of Trump ignoring Russia issuing a bounty for the lives of American soldiers in Afghanistan.

In the past, Trump has been charged with violating the Constitution's Emoluments Clause, which prevents a president from earning money off of his position. There are a whole new slate of examples.

"We would need some new articles as well, starting with Article 5: Abuse of power for personal enrichment," cited Hiatt. "The New York Times reports that the U.S. ambassador to Britain told several people in 2018 that Trump was pushing him to get the British government to steer the lucrative British Open golf tournament to a Trump-owned resort in Scotland. He hasn't landed the tournament yet. But attempted sleaze is still sleaze."

He noted that if there's a need for actual profits, Post reporter David Fahrenthold has been slowly working to uncover those for the three years Trump has been in office. Just in this election cycle alone, Trump has scored more than $4 million from the Republican Party and his own campaign.

"Article 6 would be abuse of the reprieve and pardon power," Hiatt said. "The Constitution allows the president to free felons, including one who has been convicted of lying to Congress and the FBI to protect the president. That doesn't make it okay."

Article 7 could be a charge against Trump for trying to take down the U.S. electoral process.

"The president's lies about the possibility of fraud in mail-in balloting, combined with his threats to disregard the results of the election, wouldn't register as transgressions in the U.S. criminal code," Hiatt closed. "But could there be any higher crime and misdemeanor than deliberately seeking to suppress the vote, seed chaos and lay the groundwork to obstruct a peaceful transfer of power?"

He noted that he isn't suggesting that Congress act with these crimes. Still, if the Senate goes Democratic in November, it's entirely possible that Congress could vote to impeach in 2021 to show any future presidents that they can't get away with breaking the law the way Trump did.