Goldman CEO David Solomon, aka D-Sol, spun at the event for. reported audience of "a couple of thousand people" 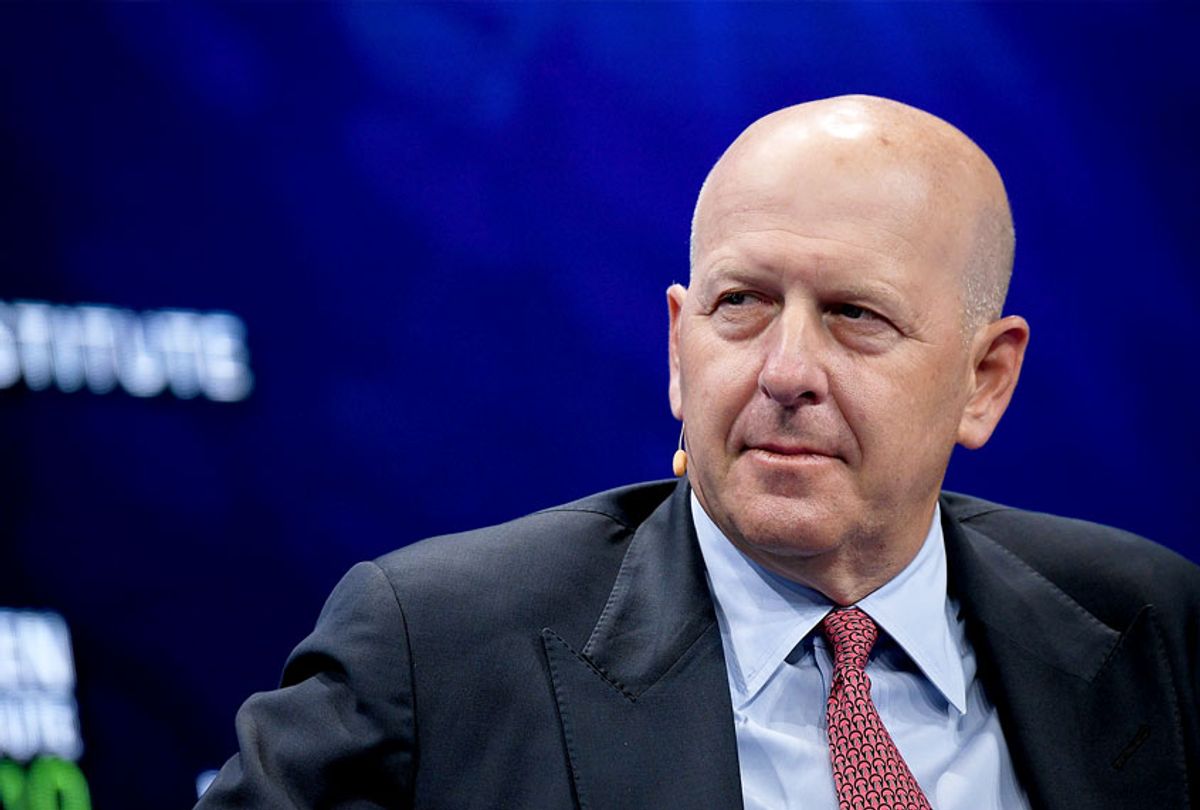 Although the U.S. is still coping with a deadly pandemic that has so far killed more than 147,000 of its residents, the Chainsmokers headlined a crowded drive-in charity concert in the Hamptons on Saturday that, according to Bloomberg News, was attended by "a couple of thousand people." And the deejay at the high-end event (where some paid up to $25,000 for a parking spot) was Goldman Sachs CEO David Solomon.

Bloomberg's Amanda L. Gordon reports, "Solomon was on stage for an hour, just him and a turntable on an elevated platform, mask around neck, surrounded by animations of cherries and his deejay name, D-Sol, in flashing bubble letters. He put his hand up in the air, playing electronic dance beat takes on popular songs — not unlike the Chainsmokers, with more Fleetwood Mac than Coldplay. Giant plumes of smoke went up in front of the stage as the sky turned pink and orange."

According to Gordon, the organizers of the show, In the Know Experiences, "seemed vigilant, with temperature checks and frequent announcements about wearing masks when moving around the venue. Still, there were clusters of friends dancing and mingling close together with masks off." And TMZ reported that even though "precautions were in place," there were "a heck of a lot of people in that area"— which, TMZ reported, "still looked a little dicey."

Twitter users have been commenting on the amount of social distancing that was practiced at the show:

Profits from the event went to No Kid Hungry, Southampton Fresh Air Home and the Children's Medical Fund of New York.