"No, I won't be going": Trump refused to pay respects to John Lewis lying in state

Trump said in January 2017 that Lewis, one of the original Freedom Riders, was "all talk" and "no action." 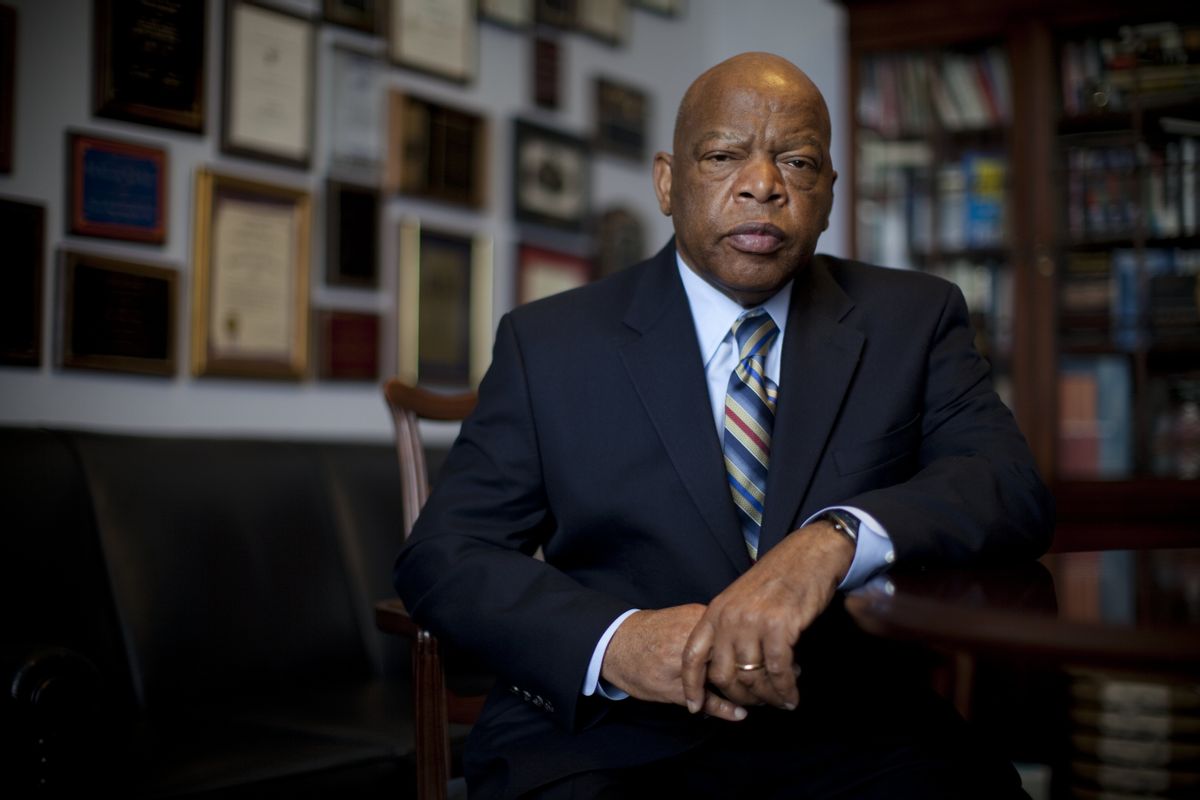 President Donald Trump said Monday that he will not be visiting the U.S. Capitol to pay his respects to the late civil rights icon Rep. John Lewis, who passed away earlier this month after a fight with pancreatic cancer.

"No, I won't be going. No," Trump told reporters outside the White House Monday without offering an explanation.

Just days before being sworn in as president in January 2017, Trump described Lewis—who was brutally beaten by police and white supremacists as he worked to advance civil rights in the 1960s—as "all talk" and "no action" in response to the Georgia congressman's vow to boycott the inauguration.

Lewis will lie in state in the Capitol Rotunda for several hours later Monday following a private ceremony attended by members of the legislative branch.

The late civil rights leader's coffin will then be moved outside to the Capitol steps for a public viewing from Monday evening through Tuesday afternoon.