Trump floats delaying election over false claims about voting by mail, but he doesn't have the power 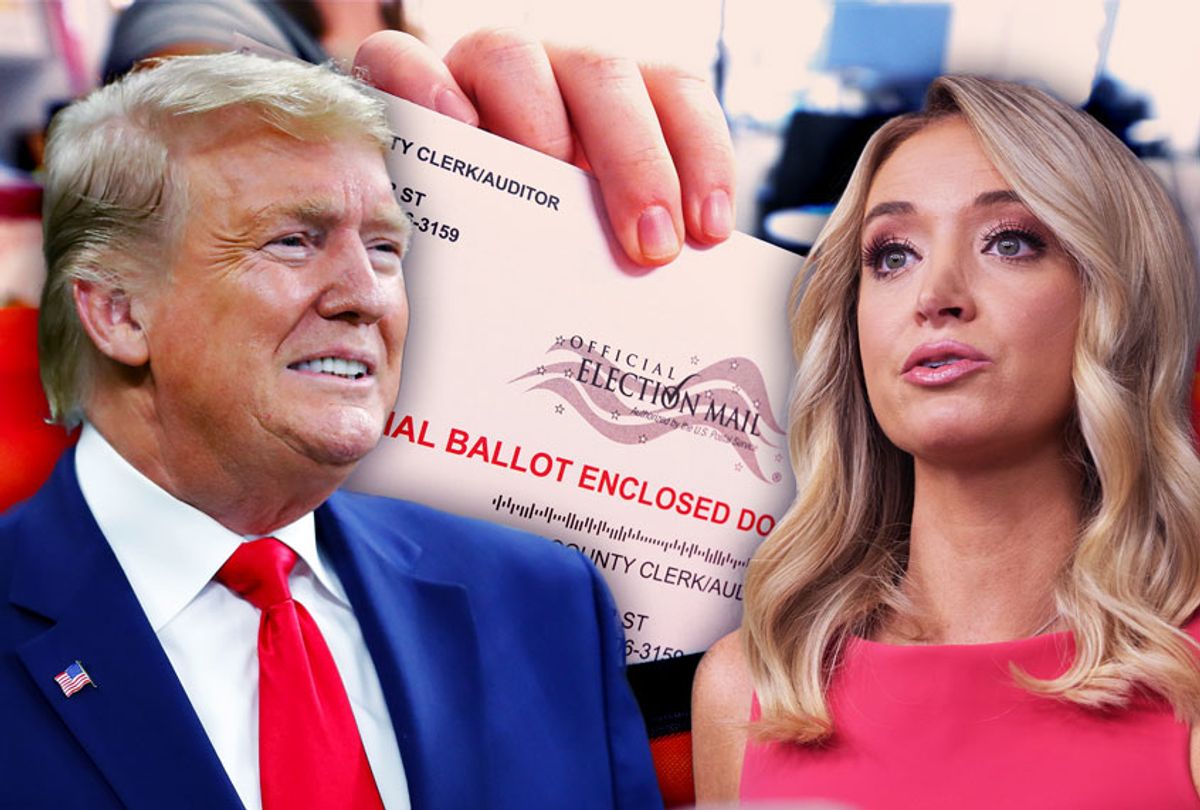 President Donald Trump floated the idea of delaying the election on Thursday amid his ongoing poor performance in national polls, but he has no authority to change when an election is held.

Trump suggested that the country should "delay the election" as he trailed presumptive Democratic nominee Joe Biden by an average of more than eight points in national polls. Trump made the remark while repeating the same false claims he has pushed for months about voting by mail.

Despite Trump's attacks on voting by mail, Republicans have desperately tried to convince their voters to use mail-in ballots amid the ongoing coronavirus pandemic. The practice has been shown to be safe from both disease and fraud, according to research.

Some states already have all-mail elections without any issues, while all but a handful of states have expanded their rules about voting by mail to allow anyone to cast a mail ballot amid the pandemic. A Washington Post analysis of mail-in ballots recently found only a 0.0025% rate of possible fraud. State officials have repeatedly insisted that there are numerous safeguards in place, and those who are caught trying to commit fraud are prosecuted.

Over the past 20 years, more than 250 million mail-in ballots have been cast, and there have been only 143 criminal prosecutions for mail ballot fraud, or a fraud rate of about 0.00006%.

Despite overwhelming evidence showing that voting by mail — a practice which has already been used for years in the U.S. and is a term interchangeable with "absentee voting" (which Trump says is OK) — the president suggested a "delay" of the election over his unfounded conspiracy theory.

"With Universal Mail-In Voting (not Absentee Voting, which is good), 2020 will be the most INACCURATE & FRAUDULENT Election in history," Trump baselessly claimed despite evidence showing mail voting has been reliable and secure. "It will be a great embarrassment to the USA. Delay the Election until people can properly, securely and safely vote???"

To be clear, Trump has no power to "delay the election." Congress set the date of the election as the first Tuesday following the first Monday in November back in 1845; only an act of Congress can change that. Both chambers of Congress, including the Democratic-led House of Representatives, would have to approve such a change.

"The president has no authority to change this date. The Constitution also significantly limits the ability of Congress to delay choosing the next president, even if it wants to — as under no circumstance can any president's term be extended past noon on Jan. 20 without amending the Constitution," the bipartisan National Task Force on Election Crises said in a report.

If Trump tries to declare "martial law," University of Kentucky election law expert Josh Douglas wrote, "even that would likely not give him power to postpone election or delay end of his term on Jan. 20, 2021. As Supreme Court said in Ex parte Milligan (1866), martial law does not suspend the Constitution."

"Let's be clear: Trump does not have the ability to delay the election. Our elections are enshrined in the Constitution," Rep. Jerry Nadler, D-N.Y., the chairman of the House Judiciary Committee, said. "The Constitution also says that if the date of the election is to be changed, it must be changed by Congress."

And there appears to be little appetite among Republicans to back Trump's idea.

"No, we're not going to delay the election," Sen. John Barrraso, R-Wyo. told Fox Business. "We're going to have the election completed and voting completed by Election Day. It's going to take awhile to get all the votes counted, I am certain. We need to continue to do this as we do state by state."

Some pundits suggested that the tweet was an attempt by Trump to distract from the latest economic numbers showing the GDP plummeting more than during any other quarter in history. Others questioned why he floated delaying the election while demanding schools reopen next month.

But many worried that Trump's intent was not to try to delay the election — which he cannot do — but something more sinister.

"The president, facing sagging support, suggests defying the constitution and delaying the presidential election for the first time in the country's history, something that didn't happen even during the Civil War," CNN host Jim Sciutto tweeted. "Fact is, this is insidious despite fact he doesn't have the power to do so. He is delegitimizating the election in advance."

"Unless Trump loses by a landslide or wins, I'm convinced Trump, aided by [Attorney General Bill] Barr, fully intends to challenge the election—not in court but by resisting being removed from the White House," former White House ethics chief Walter Shaub wrote. "I have long believed it will come down to whether the military is loyal to the Constitution."

"To be clear, I'm not worried that Trump can delay the election," he added. "I'm worried Trump can incite violence."