It's also a strong month for unique documentaries that cover alien-hunters, the "golden era" of video games & more 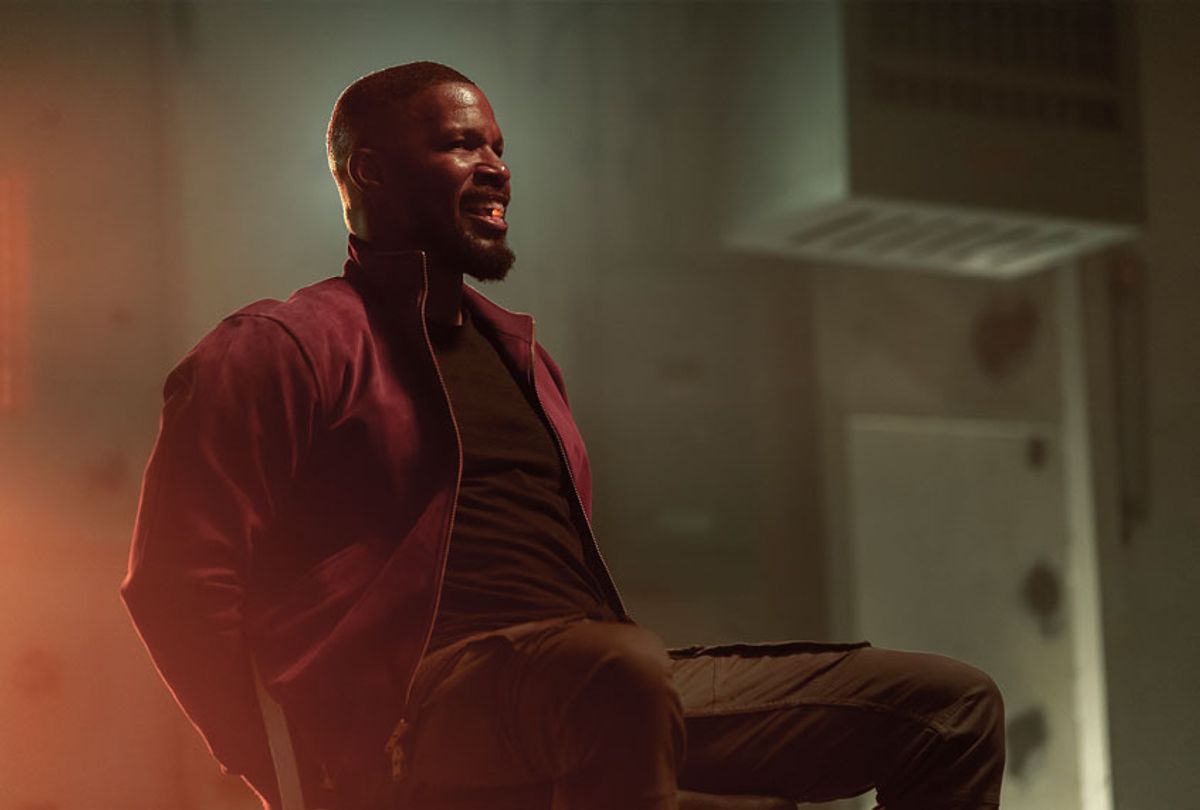 August brings a full slate of new documentary films and series to Netflix. From the upbeat — like the science series "Connected," the video game-centric "High Score," and the nature series "Tiny Creatures — to the revealing, like the deep dives into the legacy of the Paralympics for disability rights and the wellness industrial complex, there is a lot to learn on the streaming platform this month.

There are also a number of projects that dive into immigrant identity in the United States today, like the investigative series "Immigration Nation" or the feature film "Lingua Franca," which tells the story of Olivia, a trans undocumented immigrant living in New York's Brighton Beach community.

If witty plays on the typical action movie are more your speed, check out "Project Power" — a new film led by Jamie Foxx — or "Teenage Bounty Hunters," which (you guessed it) follows a pair of teenaged bounty hunters who push against the constraints of their small town and its secrets, all while navigating high school.

Here are the highlights of the most intriguing projects for the month, followed by a full list of August offerings:

From the microscopic to the kaleidoscopic, Netflix's upbeat new docuseries "Connected" reveals the ways we are connected to each other and the world around us. The series, which is hosted by science reporter Latif Nasser, delves into how everything "from the air we breathe, the selfies we post, and even the poop we poop can be traced back to catastrophic shipwrecks, fraudulent elections, and even distant galaxies."  The first episode on surveillance alone will make you think differently about pigs . . .  and dating apps.

In this revealing documentary series, "Trophy" co-directors Christina Clusiau and Shaul Schwarzs combine in-depth investigative reporting and empathetic storytelling to present a complex portrait of U.S. immigration today. Over the course of the six-part series, filmmakers present unprecedented access to ICE operations, as well as moving portraits of immigrants.

Comedian Sam Jay — known for her work as an Emmy-nominated "Saturday Night Live" writer and her debut on "The Comedy Lineup" — returns to Netflix with her first hour-long special. Filmed at the Masquerade in Atlanta, Jay delivers fresh jokes about  relationships, travel nightmares, the audacity of white people, and more, all in her signature witty and raw style.

"World's Most Wanted" offers global content for your true crime queue. This five-part series turns the lens on heinous criminals who have avoided capture despite massive rewards and global investigations.

In this dramatic nature series, filmmakers turn the cameras (probably set on "zoom" with lots of macro lighting) onto some of the earth's smallest creatures and their big adventures. Narrated by Mike Colter — known for his roles in Marvel's "Luke Cage" and "The Defenders" — "Tiny Creatures" explores animals' hidden worlds and epic survival tales.

From GOOP to group yoga retreats, the concept of "wellness" is both culturally omnipresent and the basis for a multibillion dollar industry. "(Un)Well" takes a deep dive into that industry, which touts health and healing, while interrogating whether the products live up to their promised claims.

In this teen-centric dystopian world, created by Pedro Aguilera and directed by "City of Gold" cinematographer Cesar Charlone, 3% of an impoverished society have the opportunity to ascend to a better life on the Offshore. That is, if they survive the selection process. Now in its fourth and final season, we pick up after Marcela, the Head of The Process, has assisted in taking over the Shell, an alternative to both the Offshore and the Inland.

This Netflix original film — which stars Jamie Foxx, Joseph Gordon-Levitt and Dominique Fishback — captures the moment an ex-soldier, a teen, and a cop collide in New Orleans when a pill that gives users unpredictable, temporary superpowers hits the streets. Together, they must take down the group responsible for its creation.

Fraternal twin sisters Sterling (Maddie Phillips) and Blair (Anjelica Bette Fellini) team up with veteran bounty hunter Bowser Jenkins (Kadeem Hardison) for an over-the-top adventure. Together, they rebel against their buttoned-up Southern community and dive into a world of bail skippers and suburban secrets, all while trying to navigate age-old high school drama.

This documentary series explores "the golden era of gaming," featuring insights from the innovators who brought classic gaming worlds and characters to life. It also takes a look at the rise in competitive esports and new innovations in the industry.

In this German television series, Mia goes to medical school to get close to a professor she suspects had a hand in her past family tragedy and gets tangled in the world of biohacking. It stars Luna Wedler, Jessica Schwarz and Adrian Julius Tillmann.

Directed by Matthew Killip, "John Was Trying to Contact Aliens," is a tender look at the life of John Shepherd, a rural electronics whiz who spent 30 years trying to contact extraterrestrials by broadcasting music millions of miles into space — all while enduring a lonely personal life here on earth.

Elite athletes and insiders reflect on the extraordinary story of the Paralympic Games. From the rubble of World War II to the third biggest sporting event on the planet, the Games have forever impacted the global understanding of human potential, disability, and excellence.

"Lingua Franca" follows the story of Olivia (Isabal Sandoval), an undocumented Filipina trans woman who aims to secure a green card in America and serves as a live-in caregiver for Olga (Lynn Cohen), an elderly Russian woman in Brooklyn's Brighton Beach neighborhood. Eventually, she becomes unexpectedly romantically involved with Olga's adult grandson (Eamon Farren), but after one of his friends snoops around in her papers and outs her, Olivia's identity, rights, and immigration status are threatened.

And here's everything that's coming to Netflix in August:

"The Rain" Season 3
"The Seven Deadly Sins: Imperial Wrath of The Gods"

"The Promise"
"We Summon the Darkness"

"All Together Now"
"Cobra Kai" Seasons 1 & 2
"I AM A KILLER: Released"
"Orígenes secretos"