Solving the mystery of how my mother died: Was it murder, suicide or death by cosmic joke?

After I wrote about her death in my memoir, I received an intriguing message about my mother 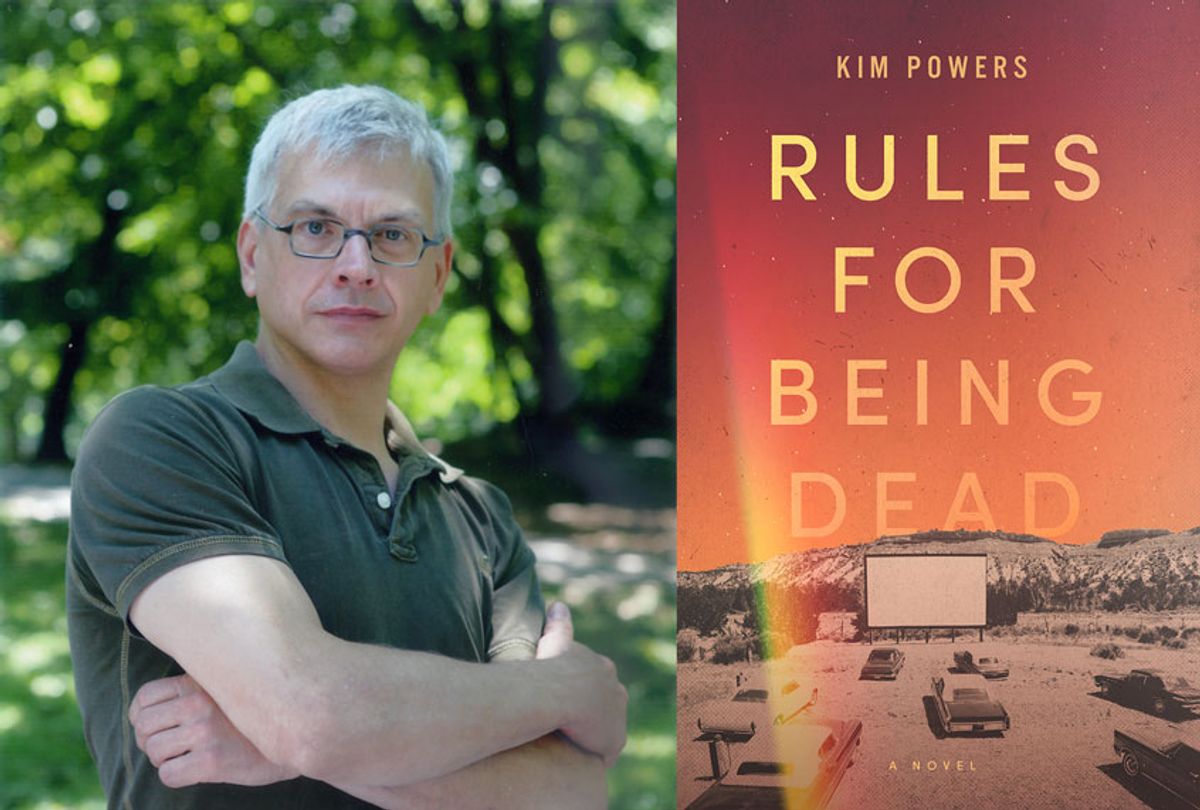 My mother killed herself when I was eight years old. At least, that's what I thought, although no one really said it out loud. It was just assumed; it fit everything I knew about her and made sense of all those furtive glances I got. But when I was 22, newly graduated from college, my older brother told me that she had been murdered — by our very own father. And not some vague, metaphoric killing off with emotional abuse, but literal pills-down-her-throat murder, so he could be with his new girlfriend.

But then — line up those cocktails — years later I published a memoir, and a key character from my past contacted me with yet a third version of what had happened. THE version. Everything changed. Again. I didn't know who or what to believe. I was in my 40s, and I still didn't know how my mother Creola died.

On April Fools' Day. Did I mention that? Bartender….

The suicide theory was hard to shake. I had proof. One Saturday afternoon, I had found my mother with a plastic bag tied around her head, held tight at the neck with the blue madras belt from my brand new Easter suit. Just before then, I had been playing outside, some made-up game with knights and dragons and a damsel in distress. I needed a costume, so I ran inside to get my older brother Ed's bathrobe: perfect for a Medieval skirt, with maroon ribbed corduroy and gold trim. Regal enough for a king, or at least the little third-grade queen that I was. I went into Ed's bedroom and found my mother lying face-up on the bed: arms held rigid at her sides, hands clenched, as if forcing herself not to rip off the dry cleaner's plastic covering her face. Under the translucent blue of the plastic, complete with imprinted warnings to "keep away from children," she looked like she was floating at the bottom of a pool. She moved before I did, clawing off the plastic; her face was sweaty and red. She said she was trying to get rid of a cold, and not to tell my father.

I didn't. I didn't tell anyone, and a few months later she was dead. April Fools' Day, a date impossible to ever forget. She'd been very groggy in bed that morning, too sick to teach her fourth grade class. My father called the principal to say they'd need to get a substitute teacher for her.

Nobody ever told my twin brother Tim and me how she ended up dead, between the time we left for school that morning and the time we got home that afternoon. In the weeks to come, the vague phrase "brain aneurysm" floated around, which someone explained to me as "her brain exploded." I imagined her bedroom walls covered with blood and brain matter, like President Kennedy's head after getting assassinated, 30 miles away in Dallas. The reality, which I also began to hear in small-town Texas whispers, is that her bed had been covered with empty pill bottles and crushed-up pills. It seemed as if this time she had succeeded at suicide, with pills instead of plastic.

For the next decade, that became the secret history of my life: how I might have prevented her death if only I had told the "getting rid of her cold" story she told me not to tell. There was a lot I should have told some responsible adult: how she had once attacked my father with a cast iron skillet, beating him as she screamed, "The Great Apostle Paul told me to do this!" How her fugue states often called out the family doctor, who would ask her to count backwards from 10 and name the president. In my adult years, I came to presume she was bipolar, a phrase that didn't even exist then.

Fast forward, and I'm visiting my much-older brother Ed in Washington, D.C. We're having what feels like our first grown-up dinner, man to man, and it took just one martini for Ed to tell me his secret history:

My reaction was the same as when I found Mother's head covered in see-through plastic: I couldn't make sense of it. Now I was the one looking up from the bottom of a pool.

"You mean…the way he treated her. His drinking. His running around on her. Emotionally he killed her? He killed her spirit?"

"No, he killed her killed her. He forced her to take pills and made it look like suicide."

Over more martinis, and popcorn shrimp — you never forget your first — Ed began to spill out his litany of proof: Mother calling him at college a few weeks before her death, to say she was leaving Daddy and taking us — the boys, the twins — with her. Daddy was having an affair and she couldn't take it anymore. (In fact, I did remember that secret "field trip" she'd taken us on, to find an apartment in a nearby town, complete with her now-familiar warning: "Don't tell your father.") Finally, the fact that Daddy refused to let an autopsy be performed on her. That was the clincher.

Everything made a different kind of sense now. That sweet new woman who ran the shoe repair shop near Daddy's job who suddenly appeared in our lives just after Mother died. The new shoes he wore; the moccasins she gave us. The suppers we began eating on TV trays at her house. And the sucker punch I felt when, after Ed's revelation, I finally looked at the register from Mother's funeral. The very last name signed in the book, before my mother went into the ground, was Rita Cobb, the woman our father married just seven short months later.

It was almost impossible to believe. My father a killer? Really? But maybe that was easier to believe, even better to believe, than thinking she had killed herself without leaving a suicide note. Without saying goodbye to the three sons everyone said she loved so much. Now, I didn't have to hate her for abandoning us; I could just hate him for killing her.

God, what a line to have to write. But at least case closed.

Uh, not so fast. You might want to look at that cocktail menu again.

In 2009, I published a family memoir called "The History of Swimming." Doing publicity, I got an email from a name I didn't recognize at first. On the slug line were these two simple, ominous words: "Your Mother."

It turned out to be from my fourth grade teacher back in Texas. The very same woman who had been my mother's student teacher for all of three days when my mother died; the woman who then took over her job. She wrote, "There's something about your mother's death you need to know." She proceeded to tell me a story I had never heard before. A true story, I think. The true story. The Holy Grail I'd been seeking for over four decades.

On that beautiful last day of March, on playground duty at J. L. Greer Elementary School, my poor distracted mother — worried about losing her mind and her husband, worried about making a future by herself, with two young children in tow — wandered straight into the orbit of a tether ball in mid-flight and was knocked unconscious. Instead of going to the hospital she was brought home, and the next day she died of that mysterious brain aneurysm.

In those next days of mourning, as her fellow teachers brought over platters of food and smothered us with their perfume and powder, no one said a word about that damn tether ball. Maybe to my father, but no one else. (Certainly not to my older brother and aunt; otherwise why did they become obsessed with indicting my father?) Maybe the teachers all thought someone else had told us.

"I thought YOU did."

No one did, and I spent the next three decades in a sort of limbo, playing a game of "either/or." Either suicide or murder. Was one better than the other? A gruesome playground injury never entered the equation. Did finding out finally change everything — or anything? Is the anger finally gone, at her for not leaving a note, at him for not killing her? At those damn teachers for never telling us what happened on the playground? At God, for playing that cosmic joke? Is that why I've been such a tempestuous, angry person for so long?

For better or worse, those decades of not knowing still feel like a part of my DNA. You just can't shake all that overnight. Maybe that core mystery is such an essential part of my life, I need it to keep me going. Maybe her death, in some bizarre way, was a perfect storm that involved all three things, a crumbling house that Creola built: the ball led to the pills that my father was stockpiling to do her in anyway. All the evidence is there, to make a case for any one of the three.

What would my mother tell me, if she could solve the mystery once and for all?

I couldn't write another memoir, but I did write a new novel to give her a voice of her own. Room to answer. In my new novel, "Rules for Being Dead," little Kim isn't the only one on the hunt. "Creola Perkins" is too, in limbo and floating above a little Texas town, after watching her own body being taken out of our house in a body bag. She knows how she ends up, but not how she gets there. And she finds the answer, for both of us.

Kim Powers is a two-time Emmy winner and author of the novels "Capote in Kansas" and "Dig Two Graves," as well as the memoir "The History of Swimming," a Barnes & Noble Discover Award winner and Lambda Literary Award finalist for Best Memoir of the Year. He also wrote the screenplay for the festival-favorite indie film "Finding North." Powers is the Senior Writer for ABC's "20/20," part of the team that has received three consecutive Edward R. Murrow Awards. A native Texan, he received an MFA from the Yale School of Drama. He lives in Manhattan and Asbury Park, NJ. His new novel, "Rules for Being Dead," will be published by Blair on August 4, 2020.