Kim Powers is a two-time Emmy winner and author of the novels "Capote in Kansas" and "Dig Two Graves," as well as the memoir "The History of Swimming," a Barnes & Noble Discover Award winner and Lambda Literary Award finalist for Best Memoir of the Year. He also wrote the screenplay for the festival-favorite indie film "Finding North." Powers is the Senior Writer for ABC's "20/20," part of the team that has received three consecutive Edward R. Murrow Awards. A native Texan, he received an MFA from the Yale School of Drama. He lives in Manhattan and Asbury Park, NJ. His new novel, "Rules for Being Dead," will be published by Blair on August 4, 2020. 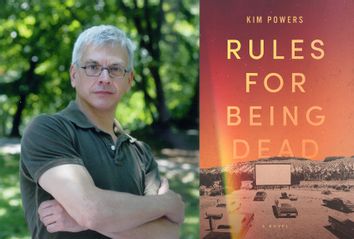 Solving the mystery of how my mother died: Was it murder, suicide or death by cosmic joke? Kim Powers
Page: 1