TikTok provides influencers income during the pandemic, but a ban could ruin that

"It makes for my personal job . . . a lot harder now, thinking that I can't even count on this source of income" 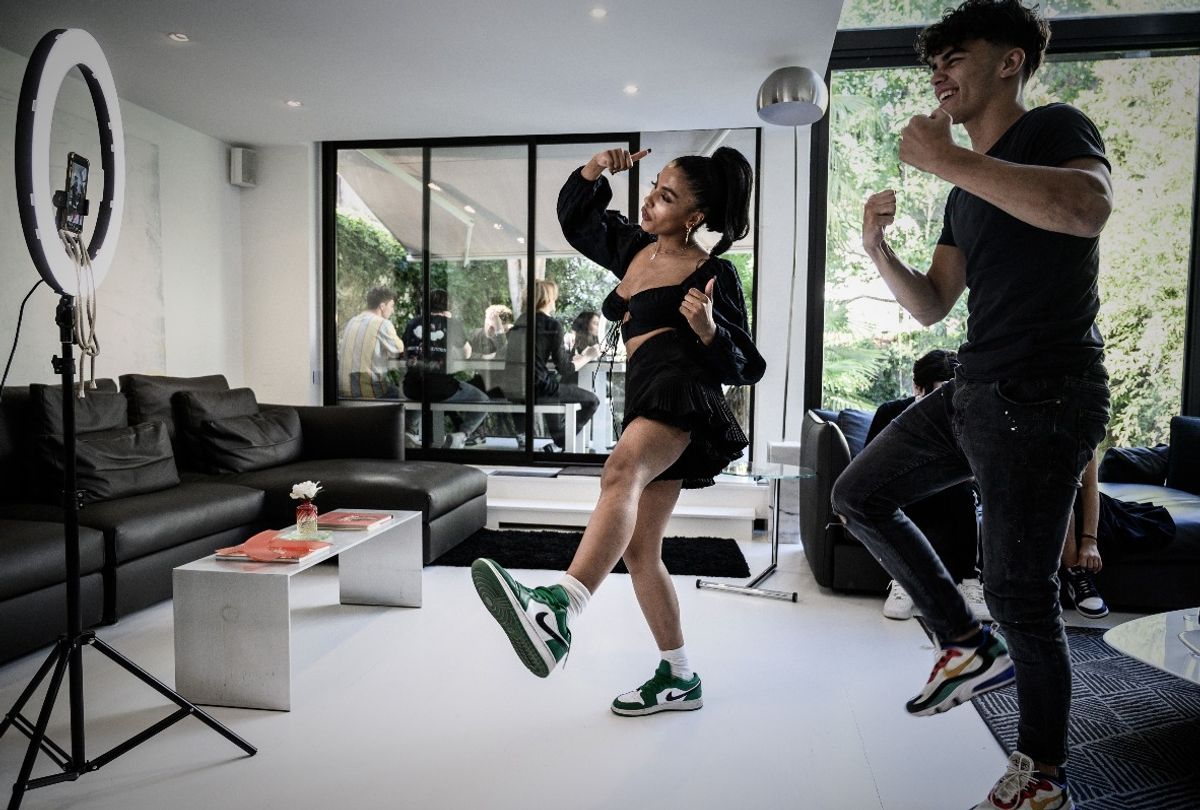 When the pandemic hit and gyms began to close, Laura Novak was let go from her job as a part-time trainer at 24-Hour Fitness by email. Despite losing a large part of her income, Novak knew she had another source to depend on: TikTok. As a former gymnast, the 31-year-old has over half a million followers on the social media platform where she is often sharing clips of herself training on the bars or doing another type of workout while making money through brand partnerships. Now, as President Donald Trump threatens to ban the popular video-sharing company from operating in the U.S., Novak also faces losing up to $1,200 a month.

"It makes for my personal job and the economic hardship that's been felt this year a lot harder now, thinking that I can't even count on this source of income," Novak told Salon. "I have these contracts, but now I'm kind of like well, 'Should I spend the time fulfilling them? Or is it going to get banned? Or are the brands going to say, 'We're not going to do this because of the uncertainty of TikTok'?'"

Novak emphasized that TikTok, which she's been on since August of 2019,  has been a really helpful source of income right now as a fitness trainer, and more lucrative than Instagram. Currently, she has a contract with the fitness drink Celsius that pays her around $300 for every 12-second video.

For months, Trump and other politicians from both parties have raised concerns about TikTok, the Chinese video-sharing service that's taken social media by storm, being a potential national security threat. Specifically, concerns have centered around the app's parent company, ByteDance, and fears that the company could give its users' sensitive data to the Chinese Communist Party, or that content could be censored.

TikTok has denied these accusations.  The concerns and threats surfaced again when Trump told reporters last Friday that he planned to ban the app "immediately," or by Sept. 15. This threat has now prompted Microsoft to consider purchasing the social media app TikTok.

The timing of a potential U.S. ban of TikTok doesn't bode well for the company that recently announced a plan to hire 10,000 staff in the U.S. over the next three years. The company also announced in a blog post that it will give creators in the U.S. over $1 billion in the next three years "to encourage those who dream of using their voices and creativity to spark inspirational careers" on TikTok.

While social media apps and their popularity have always been precarious (look to Vine and MySpace as examples), TikTok has managed to be a win-win situation for the platform's creators and brands looking to reach specific audiences, often from the Gen Z or millennials cohorts during the pandemic.

Alessandro Bogliari, the co-founder and CEO of The Influencer Marketing Factory, told Salon TikTok is unique and attractive to brands because of the viral nature of the app.

"I would say that in general for the type of numbers that you can see compared to, for example, Instagram or YouTube, that the virality factor of TikTok is really one of the best deals that you can do," Bogliari said, adding that many of the influencers the agency works with are looking for opportunities on different platforms, like Triller and Byte because of the U.S. government's threats.

Sam Gach, a 28-year-old in Ann Arbor, Mich., is known for posting yoga tutorials on TikTok. Gach told Salon that while he's on other platforms, TikTok has become one of his most important ones.

"It's my fastest growing platform," Gach said, who has 89,600 followers on the app. "It's a bit nerve-wracking, but I think right now, from what I'm hearing, it sounds like it may not be banned, but it's still very uncertain."

Gach said if it is though, he would not "be happy about it," adding he's made a few thousand dollars from TikTok in the last month, but it's all still very new. Gach left his full-time job at a corporate company in March and is working on becoming a full-time online fitness instructor. He's currently working on an online yoga program for beginners, which he hopes will be his primary source of income in the future. Currently, he makes money from social media content and teaching yoga. Gach said if TikTok got banned, it would certainly negatively impact his ability to build an audience that might eventually be part of his online yoga program.

Gach isn't the only TikTok creator who is facing uncertainty, while also being relatively new to the platform. Holly Auna is new to earning income on the platform, but as a singer and songwriter it's been great to have TikTok as a source of income while she hasn't been touring during the pandemic.

"It's scary thinking about the idea that it might be banned, but at the same time I had a pretty good music MySpace following, and that went away," Auna said. "I've had to accept that there will always be something new but I hope TikTok doesn't go away because I absolutely love the family I've created on TikTok with all of my followers who supported everything from my random crafting to my music."