Scientists studied the emissions from the stellar event, which was discovered a mere 10 hours after exploding 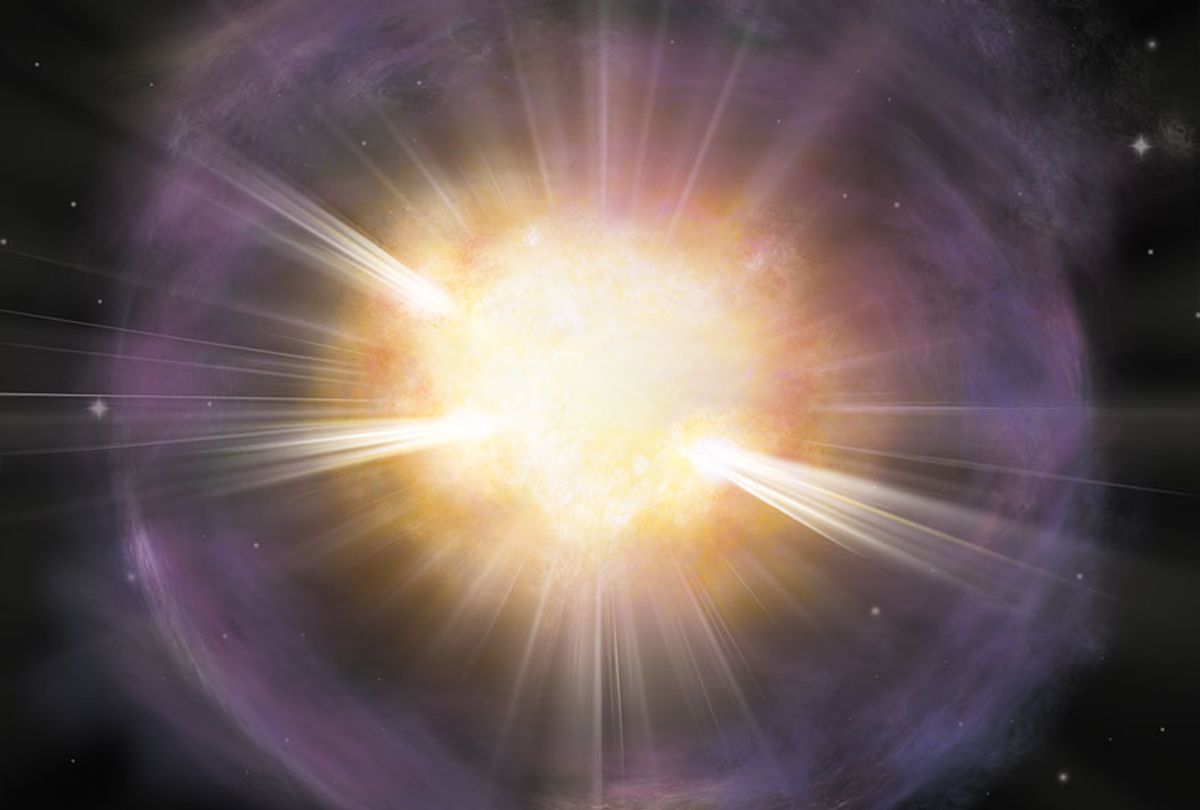 The very calcium that makes up our teeth and bones originated from the final moments of dying stars. It's true; we are made of stardust. (Gives a whole new meaning to David Bowie's alter ego Ziggy Stardust!)

The late Carl Sagan is known for famously explaining this mind-boggling truth in an episode of "Cosmos." "The lives and deaths of the stars seem impossibly remote from the human experience," Sagan said. "And yet we're related in the most intimate way to their life cycles."

On Wednesday, a paper published in The Astrophysical Journal surfaced new, direct insights into the true nature of the rare events that are thought to produce half of the calcium in our universe, including the calcium in our very own human bodies: calcium-rich supernovae.

Astrophysicists have long struggled to study these rare stellar explosions. But in April 2019, an amateur astronomer named Joel Shepherd spotted a bright burst, which was then dubbed SN 2019ehk, while stargazing in Seattle, Washington. Shepherd reported the discovery to the astronomical community, which is when a global collaboration began, and moved fast enough for astrophysicists to confirm that that bright spot was in fact a supernova happening in Messier 100 (M100), a spiral galaxy located 55 million light years from Earth. With observations from NASA's Swift Satellite, W.M. Keck Observatory in Hawaii, the Lick Observatory in California, and Las Cumbres Observatory, scientists were able to observe the supernova as early as 10 hours after the explosion.

According to the paper, SN 2019ehk emitted the most calcium ever observed in one astrophysical event. Wynn Jacobson-Galan, a first-year Northwestern graduate student who led the study, explained to Salon that SN 2019ehk is just one of the "calcium-rich supernovae that is responsible for contributing to that universal calcium fraction (~50%)."

"Calcium-rich supernovae in general are thought to produce half of the calcium in our universe,"  Jacobson-Galan said in an email. "They are rare, relative to other types of stellar explosions, but actually these supernovae occur all over the universe."

However, just because these stellar events are rare doesn't mean they have less of an influence on the universe. In fact, it's the opposite.

Jacobson-Galan said, "Calcium-rich supernovae (as well as stellar explosions in general) are powerful enough to create luminosity, which is comparable to their host galaxies i.e., they outshine their galaxies." This is partly how such an explosion can travel through galaxies and be part of creating life here on Earth.

"So with such a powerful explosion capable of releasing so much energy, the supernovae can eject calcium at tremendous speeds (comparable to the speed of light) out into space, and over time the calcium will be recycled into creating new stars, planets, et cetera," Jacobson-Galan said. "Also, multiple calcium-rich supernovae can occur in the same galaxy, so over a long time, with enough explosions happening, the galaxy can become abundant with calcium that can then be used to create stars, et cetera.

"The calcium produced in these explosions is (and was) fundamental in creating our planet and as a result, organic matter like dinosaurs and humans," he added.

The new findings revealed that a calcium-rich supernova is a compact star shedding its outer layer of gas as it nears the end of its life. When the star dies, which occurs through an explosion, its matter barrels into the loose material from the outer shell and emits bright X-rays. A combination of high pressure and hot temperatures drives a nuclear fusion that creates the calcium.

Jacobson-Galan said this revelation happened thanks to how early scientists discovered the explosion.

"We had no idea that this type of stellar explosion was capable of producing high energy emission such as X-rays so this was a 'game changing' result in terms of studying the origins of these unique explosions," Jacobson-Galan said.

He added that this research is opening up "new avenues of study."

"We unlocked a whole new way to study these explosions, which in turn told us that they not only produce bright X-rays but also that they likely arise from the explosion of a compact star that shedded its outer layers right before death," he said. "With this knowledge, we can now search for new calcium-rich supernovae and try to observe the moments after the explosion, which will allow us to really understand where they come from."