Why "Cosmos" producer Ann Druyan is optimistic about the future

"We have to adapt," the "Cosmos" producer tells Salon. "The dinosaurs never saw it coming. We have no excuse." 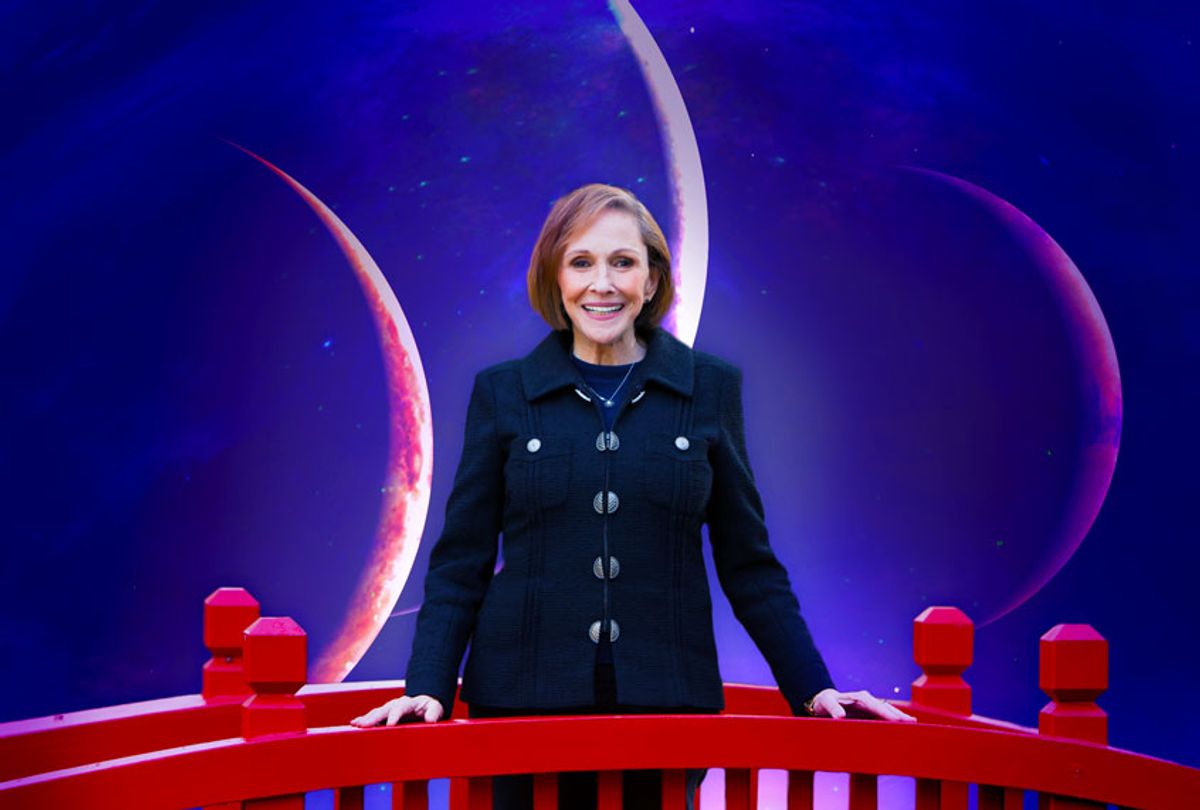 It's hard to think about the climate crisis without feeling depressed for the future — and accordingly, most media coverage of humanity's rising carbon emissions trends towards gloomy predictions. An interesting exception: the new season of "Cosmos," which strikes a surprisingly optimistic tone. The acclaimed, recently-rebooted science series chose "possible worlds" as its season three theme, which is reflected in episodes about the scientific miracles that exist right here on planet Earth as well as about the curious environments of distant exoplanets. Indeed, "Cosmos" has a way of evoking wonder and awe, two emotions we don't experience nearly enough, and that is in part because it continues to capture the spirit of scientist Carl Sagan.

Ann Druyan, who co-wrote the original 1980s series with her late husband, is back at work as this season's executive producer, writer and director. Her book, "Cosmos: Possible Worlds," was recently published as a companion to the series, which will be aired on March 9 at 8/7c on National Geographic. We were lucky enough to catch up with Druyan to talk more about her latest projects.

You've described this season of "Cosmos" as the "boldest" season yet. Can you elaborate on that, without giving too much away?

I think it's the boldest in that it appears to present such an optimistic vision of the future, and that sets it apart, I think, in many ways from most of our entertainment. Of course, our entertainment is just a reflection of the reality we're coping with, but this "Cosmos" is not only a vision of a magnificent future, but a vision of a magnificent future if we learn to use our science in high technology with wisdom. It's the future we can still have and so many of the stories in both book and show are the stories of our ancestors who endured terrible situations. Every single person alive today is descended from humans who have been back to the wall repeatedly, but rose to the challenge.

I think it's bold because it's really in the shadow of climate change, and all the other problems we have. I think we're called upon to have a dream of what the future can be.

Yes, I think that's so important because, as you mentioned, a lot of the media and entertainment right now is really negative — talks about how we're doomed, and so on. What does give you hope and keep you optimistic?

Unlike any other time in the history of our species, in all my time, we've never had the opportunity, the capability, to connect with another as we have now. And there's no shortage of sensible good people on Earth who want the same thing for their children and grandchildren as I do, or you do, so that gives me a lot of hope.

Moreover, science is so powerful, it can take us to the stars. But you can't lie your way to the stars or to Mars or to any place. Every single step in a space mission is the work of tens of thousands of people all telling the truth. If any one of them is lying, even though there are redundancies to protect, the mission can go horribly awry.

What gives me hope, and what makes science so powerful, is that it's an error-correcting mechanism for finding out what's true — not absolute truth. Look at our achievements. In 1957, we left this world, then 20 years later we launched the Voyager, a mission to the stars. In 20 years, that's a rate of change and development that was astonishing. We are capable of greatness.

I have a lot of hope because all of us have descended from people who were able to endure and adapt. And adaptation is the entry-level qualification for one failed organism for any species, and our greatest talent has been our ability to adapt. And that's what we have to do rapidly — adapt to the danger that scientists predicted 70 years ago. The dinosaurs never saw it coming. We have no excuse.

Exoplanet astronomy has greatly improved over the past decade, and we keep discovering new and bizarre exoplanets. It's incredible to think we may be close to finding another Earth. Meanwhile, there is talk of colonizing Mars. How does that help us in combating climate change? Do you think that colonizing another world will save us — or do you think that we need to still be focusing on saving this one — or maybe both?

And as Carl said, and he said so unforgettably in "Pale Blue Dot," we are getting to the point where we can visit other words, but not settle, not yet — and that's still true so many years after he wrote those words. We are a long way from moving to other worlds.

But that doesn't mean that ultimately, if we endure and meet the challenges of today and tomorrow, that there will come a time when our place in the habitable zone will end. It ends for all worlds someday. Now we're talking about a very long time, almost an inconceivably long time in the future, but ultimately that is what will happen. So taking the long view, and thinking in the timescale of science, it's time to imagine what that would be like . . . and we do that throughout the series, because if we endure, then, ultimately, we will have to leave this planet.

But I don't want to waste another minute before we start dealing with the care of the Earth here.

We really are at a pivotal moment in time.

We really are. Here we are, seven billion on the threshold of cosmic citizenship. Look what we've been able to do, find other worlds. And the idea that we would be at such a pinnacle relative to our ancestors' understanding of nature, and yet so clumsy and selfish so foolish.

Another thing I have to say, which I write in the book, is that we are in the midst of a civilization-wide technological adolescence. And I don't know about you, but I was a total mess when I was an adolescent. I don't know anyone else who wasn't. I wasted a lot of time, although in the end I think it was really useful. I couldn't really function yet as an adult. But I grew up. I think we are in the middle of our technological adolescence, and there's no barrier for our species to mature.

I'm curious if you could share more about how writing the book was different than working on the show. How did the creative process differ?

For the creative process for the TV series, I thought, for about six months to a year, about the stories I wanted to tell. And I was lucky enough to sit in a room with Brannon Braga, my coworker, and conceptualize and visualize and write a series together. And then when we were in production in Santa Fe, and on location around the world, I was getting up at 4 o'clock in the morning to write. And I'd write for two hours, and I'd go to the set and work for 12 hours minimum, and then I'd do it again the next day. And that's really how I wrote the book.

I have been thinking about this book for probably 40 years since Carl published the original "Cosmos", and since we wrote the series together. There are so many stories in both show and book that I have wanted to tell for 20 and 30 years, and finally got the chance to do it in season three.

The difference is that there are digital effects that are astonishing, at least I hope, they astonished me. I think that's one reason it's really amazing and transporting.

And then in the book, I get to go into greater detail, tell more stories of some of the heroes from the season that I can in less than an hour-format show. Virtually everyone I worked with on every season of "Cosmos" felt like they were touching something that was meaningful. And we were able to attract talent from the motion picture industry who are used to pulling down a lot more than we could give them, but they all wanted to be able to say they worked on "Cosmos."

The heroes in these stories, for the most part, are scientists. But not all of them. Some are people who dared to be crazy enough to stand up for science in an atmosphere of danger and hostility.

Has science education, or interest in space, changed over the past few decades?

I think it's changed enormously in many respects, but not enough in others. This is my bias, but I see Carl, among his many gifts, as a working scientist who authored or co-authored 600 scientific papers, who taught his entire life, who worked in a laboratory his whole life. And it was a critical mission to transmit, to communicate, the wonders of the universe to the widest possible audience worldwide.

And I think that is the role of active citizenship. He understood, and said many times, that we live as a society completely dependent on science and high technology. And yet most of us feel totally alienated and excluded from the target of science, and what scientists do, and that is a recipe for disaster that we find ourselves in now.

And so that for me is absolutely critical . . . and I just have to say as long as the sciences are taught as completely separate disciplines, compartmentalized into 40 minutes a couple of times a week or often pure, utter boredom, we have no chance of obtaining the kind of scientific literacy that we as a civilization — as a species — need to adapt.